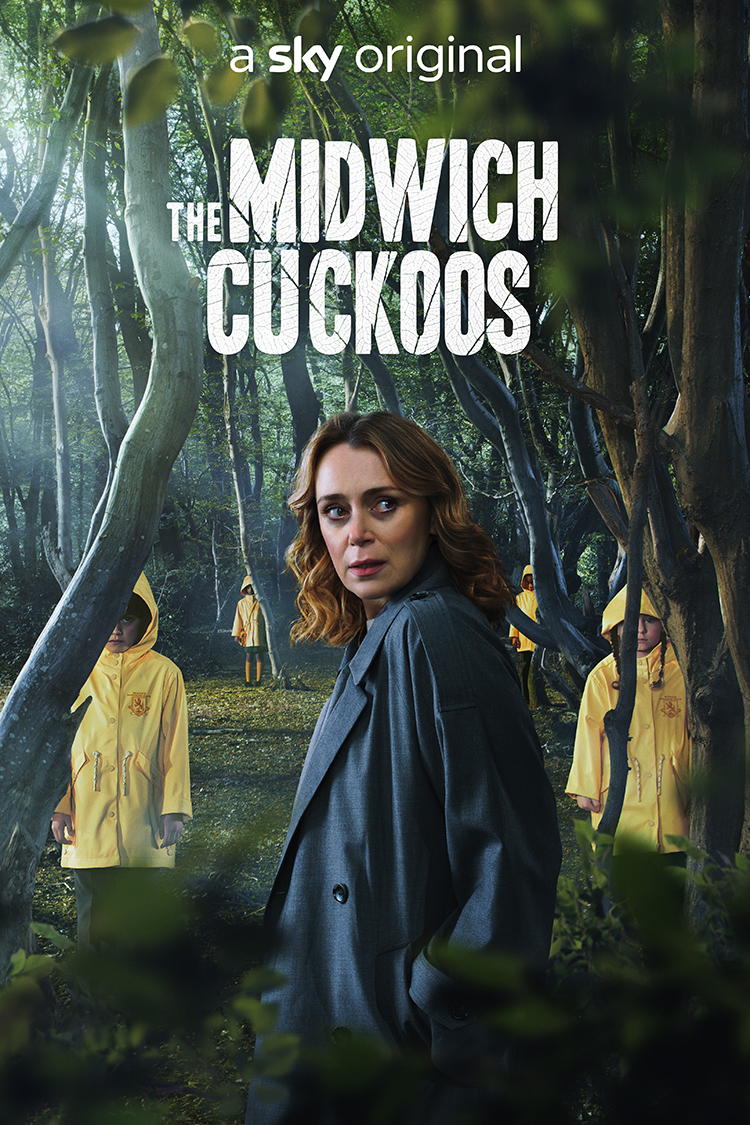 Based on the 1957 novel by John Wyndham, the story of The Midwich Cuckoos is an enduring one, having been adapted multiple times, most notably in 1960 with Village Of The Damned.

This new Sky series intelligently adapts and expands on Wyndham’s original vision, bringing the story into the modern era and packing it with social commentary and political undertones that make it painfully pertinent and culturally relevant to a 2022 audience.

The story begins with a mysterious blackout event, when every woman of childbearing age in the sleepy commuter village of Midwich suddenly and simultaneously falls pregnant. News of the immaculate conceptions does not go unnoticed by a slightly shady branch of governmental agencies, who are soon on hand to supervise the birth and ‘advise’ on the upbringing of the miracle babies.

After the children are born (all on the same day), it becomes clear that these are no ordinary offspring. Sharing a hive mind and with an uncanny ability to control and manipulate those around them, the villagers of Midwich soon become hostage to their own spawn and are forced to confront the uneasy alliances they have made with both the government and the Cuckoos…

Written by The Night Manager’s David Farr, this new series is peppered with delightfully uncomfortable horror beats, and the shocking pilot is expertly directed by genre-TV superstar Alice Troughton. The air of uneasy tension created at its opening seeps into the bones of the show, with each episode wasting none of its allotted time, using measured restraint to allow the audience to chew and reflect on the bigger themes at play.

Starring Keeley Hawes as Dr. Susannah Zellaby (a gender role reversal from the original novel), the show smartly updates Wyndham’s original characters and provides a wider canvas for more personal explorations of their arcs. She stars alongside an outstanding cast of women, including a heart-breakingly arresting performance from Aisling Loftus.

This is an ensemble piece that never loses pace or focus on the wider story. The age-old horror trope of creepy children is executed flawlessly by a continually growing roster of young actors, who seamlessly morph as the children age. A transition deftly masked by the talents of series costume designer Loulou Bontemps.

In the modern era of big-budget sci-fi and horror TV shows, The Midwich Cuckoos arrives understated, yet unflinching in its delivery. Its claustrophobic scale brings a much welcome and undeniably British flavour to a space typified by American productions like Y The Last Man and The Handmaid’s Tale.

The Midwich Cuckoos is available on Sky Max and streaming service NOW from 2 June. Read our interviews with the cast here.

Army Of Thieves Review: What happens before Vegas

Wolf Like Me Review: Not your average love story
< Previous
Next >

Army Of Thieves Review: What happens before Vegas

Wolf Like Me Review: Not your average love story