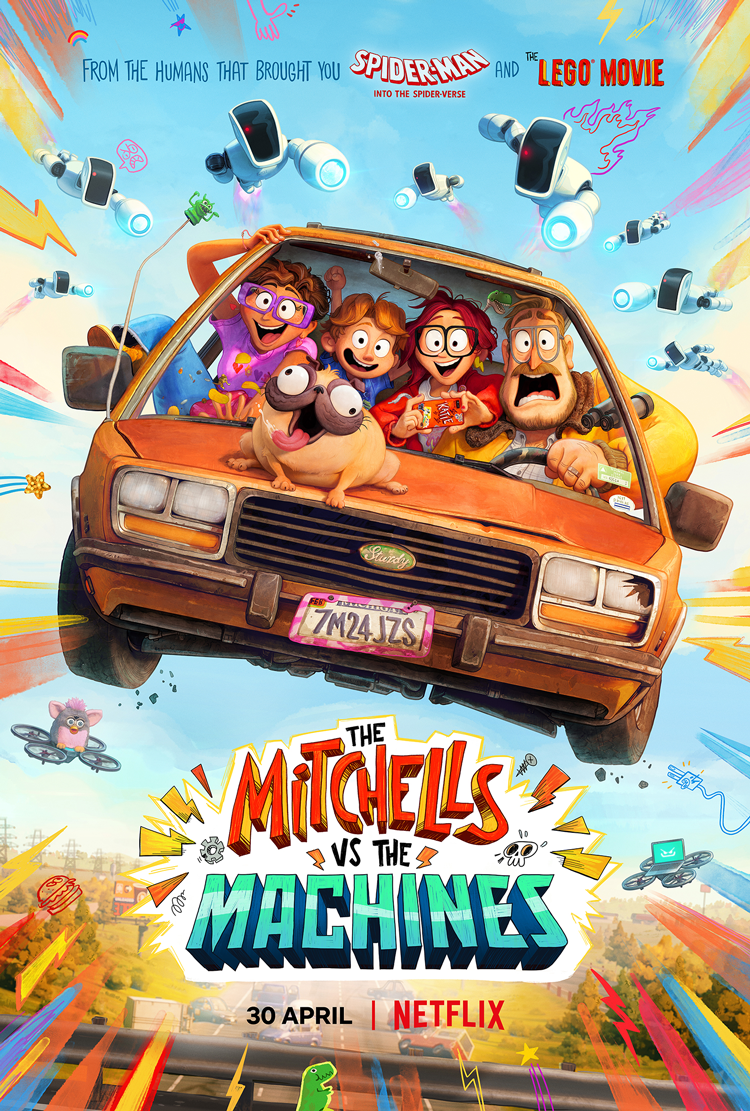 Another road-trip comedy with a dysfunctional family (though with less homicidal robots).

The Mitchells, much like the Griswolds of National Lampoon’s Vacation, are your average American dysfunctional family. Try-hard dad, Rick (Danny McBride) and nerdy teenage daughter, Katie (Abbi Jacobson), really don’t get each other: he’s an outdoorsman and she just wants to make movies. All the while mum, Linda (Maya Rudolph) and dinosaur-obsessed younger brother, Aaron (Michael Rianda) struggle to try and maintain the peace at the dinner table.

When Katie gets admitted to film school, she feels like she’s finally found her tribe and can’t wait to ditch home (and dad) to start her new life. But poor, sentimental, misguided Rick lovingly sabotages her first glorious chance at freedom by cancelling her one-way plane ticket, forcing Kate to trade in Freshers Week for a farewell cross-country family road trip.

Just when you thought things couldn’t get any worse for a tech-obsessed teen, Silicon Valley mogul Mark Bowman (Eric André) announces an upgrade to his invention ‘Pal’ (basically Siri/Alexa) and unwittingly unleashes a vengeful army of robots on the world with a mission to destroy/save humanity. Basically, if you imagine National Lampoon’s Vacation, but instead of travelling to Walley World, the Griswolds are escaping the android apocalypse, you should have a pretty good idea of what’s in store.

Written and directed by Michael Rianda and Jeff Rowe (from TV’s Gravity Falls and Disenchantment), The Mitchells vs. the Machines is one heck of an impressive debut into the world of animated features. It’s a cine-literate showstopper that is littered with knowing nods to the creators’ visual and tonal influences. Yet thankfully Rianda and Rowe have managed to smartly avoid relying on referential comedy and the humour instead comes from instantly recognisable characters that are richly drawn with heartfelt realism and relatability.

The animation style will be familiar to anyone who’s seen Spider-Man: Into the Spiderverse (and if you haven’t, why not?) and it should come as no surprise to see that the same producing team of Phil Lord and Christopher Miller were involved in bringing MvM to Netflix. The movie is bursting with their trademark blend of anarchic comedy and emotional sweetness. The sharp script punctuated with irreverent asides really helps to reinforce the genuine and loving family dynamic that is at the heart of this film.

Overflowing with belly laughs, yet still managing to deliver sensitively on complicated emotional beats, the whole movie breezes along with a lightness of tone that will still hit you right in the feels with a Pixar-esque punch when it wants to. The Mitchells vs. the Machines is a rare gem; a quirky comedy with rewarding re-watchability. It draws you in with its high-concept story and witty one liners and leaves you with your heart full and sides aching from laughter.

The Mitchells vs. the Machines is out now on Netflix