If you haven’t already heard, we have a brand new streaming service heading our way here in the UK in the form of Paramount+. Launching on 22 June, the platform promises to feature a whole mountain of movies and shows for us all to enjoy!

But you know we’re only interested in what genre goodies there are on offer, so here’s our special geek guide on what to expect this summer on Paramount+… 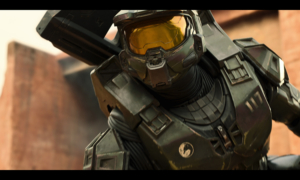 In its adaptation for Paramount+, Halo will take place in the universe that first came to be in 2001, dramatising an epic 26th-century conflict between humanity and an alien threat known as the Covenant.

When: Episodes 1-3 available at launch on 22 June, then weekly every Wednesday (nine episodes in total) 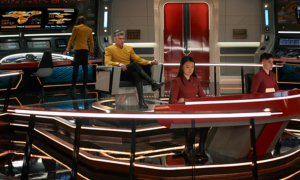 Based on the years Captain Christopher Pike manned the helm of the U.S.S Enterprise, Star Trek: Strange New Worlds will follow Captain Pike, Science Officer Spock and Number One in the decade before Captain Kirk boarded the U.S.S Enterprise as they explore new worlds around the galaxy.

When: Episodes 1-3 available at launch on 22 June, then weekly every Wednesday

The Man Who Fell To Earth 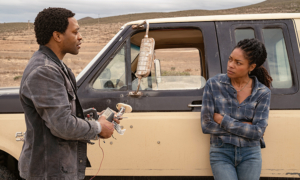 Based on the Walter Tevis novel of the same name and the iconic film starring David Bowie, The Man Who Fell To Earth will follow an alien, played by Chiwetel Ejiofor, who arrives on Earth at a turning point in human evolution and must confront his own past to determine our future, while Justin Falls (Naomi Harris), a brilliant scientist and engineer must conquer her own demons in the race to save two worlds.

When: Episodes 1-3 available at launch on 22 June, then weekly every Wednesday (ten episodes in total) 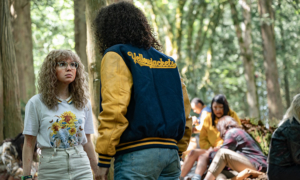 Some may have already seen this series over on Sky, but for those who haven’t: this is one not to be missed! Yellowjackets is the saga of a wildly talented high school girls soccer team, who become the (un)lucky survivors of a plane crash deep in the remote northern wilderness. The series chronicles their descent from a complicated but thriving team to savage clans, while also tracking the lives they’ve attempted to piece together nearly 25 years later.

When: The entire box set will be available at launch on 22 June

Genre movies arriving on the platform in June 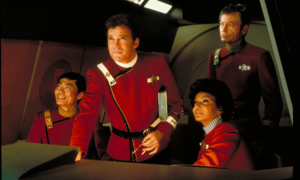 It’s not just series to look forward to when the streaming service launches. Expect a whole slew of Star Trek movies too, including Star Trek: Wrath Of Khan, Star Trek (2009), Star Trek: Generations, Star Trek: Nemesis, Star Trek III: The Search For Spock, and Star Trek VI: The Undiscovered Country. Not only that but Transformers: Age Of Extinction and Transformers: Revenge Of The Fallen will be available too.

Paramount+ will be available in the UK via the Paramount+ app. Users will be able to sign up to the service for £6.99 per month / £69.90 per annum, after a free seven-day trial. Paramount+ will launch on Sky platforms in the UK, with Sky Cinema subscribers getting the bonus of Paramount+ included at no extra cost.