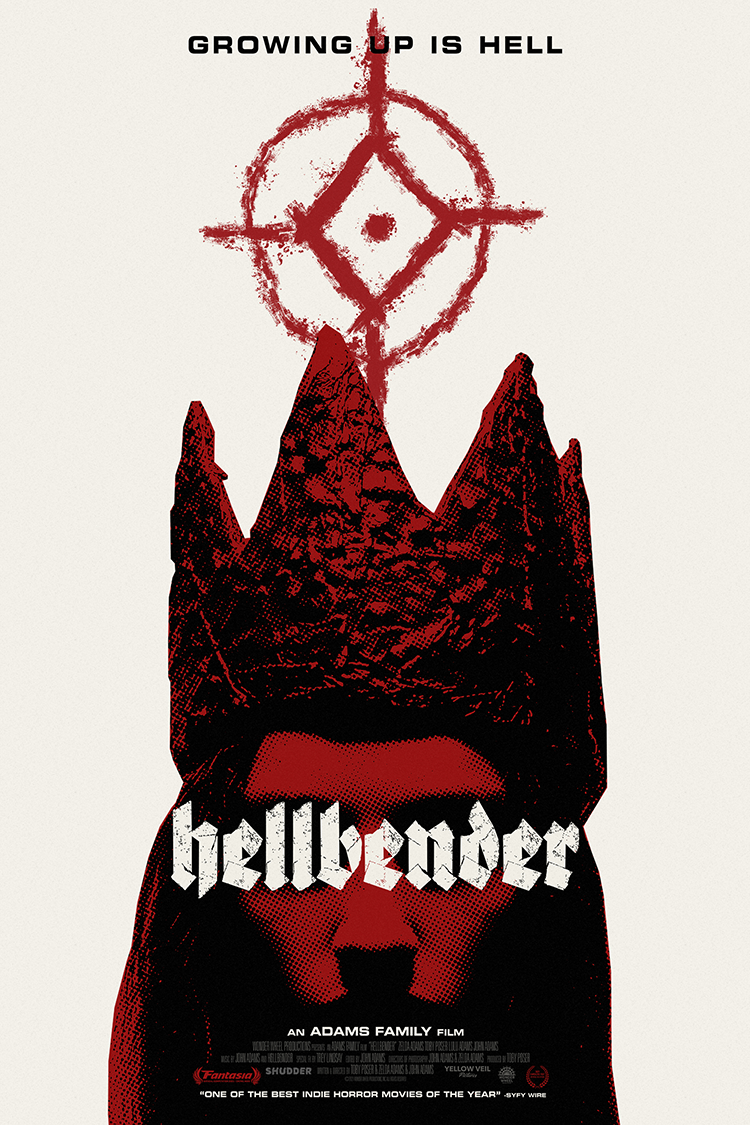 Based in a secluded, privately-owned mountainous area, American teen Izzy (Zelda Adams) lives with her mother (Toby Poser), but has no contact with the outside world. Having left civilisation when she was five, Izzy is told she has a serious health condition that means human interaction is a massive risk. Only Mother can venture out for supplies. Secretive Mother is Izzy’s only confidante, with whom she has a rock band called Hellbender, whose music no one else will hear. But Izzy is 16 now and craves friends. What Izzy doesn’t realise is that a disease isn’t necessarily the reason she needs to be kept away from others…

Although not their first feature, independent filmmaking collective the Adams family (no double ‘d’) broke through with their 2019 movie The Deeper You Dig, a woodlands-set horror directed, written by and starring partners John Adams and Toby Poser, with daughter Zelda Adams also an onscreen lead. All three additionally split various other crew duties, such as cinematography, effects, musical score and sound design.

Such a DIY approach has an inherently admirable quality to it, especially as a counter to studio output. Luckily for audiences, Hellbender, the Adams family’s latest, is not solely a showcase for creativity within the confines of budgetary restrictions. And they are far from pastiche filmmakers, simply riffing on extended homages to established horror greats.

In its tackling of a supernatural coming-of-age narrative (a horror subgenre with its own clichés at this point), the Adams clan’s tight, surrealist and genuinely creepy tale takes daring turns, and visually realises matters of the occult and witchcraft with a genuine freshness to them. Anyone completely averse to microbudget genre movies in any form will likely struggle to overcome that bias here. But for those open to its charms, Hellbender offers distinctive voices in horror filmmaking.

Hellbender is out now on Shudder. Read our full interview with the Adams family here.

Cursed review: All sword and no trousers

Mulan review: Disney’s latest live action is a roundhouse kick to the feels
< Previous
Next >

Cursed review: All sword and no trousers

Mulan review: Disney’s latest live action is a roundhouse kick to the feels