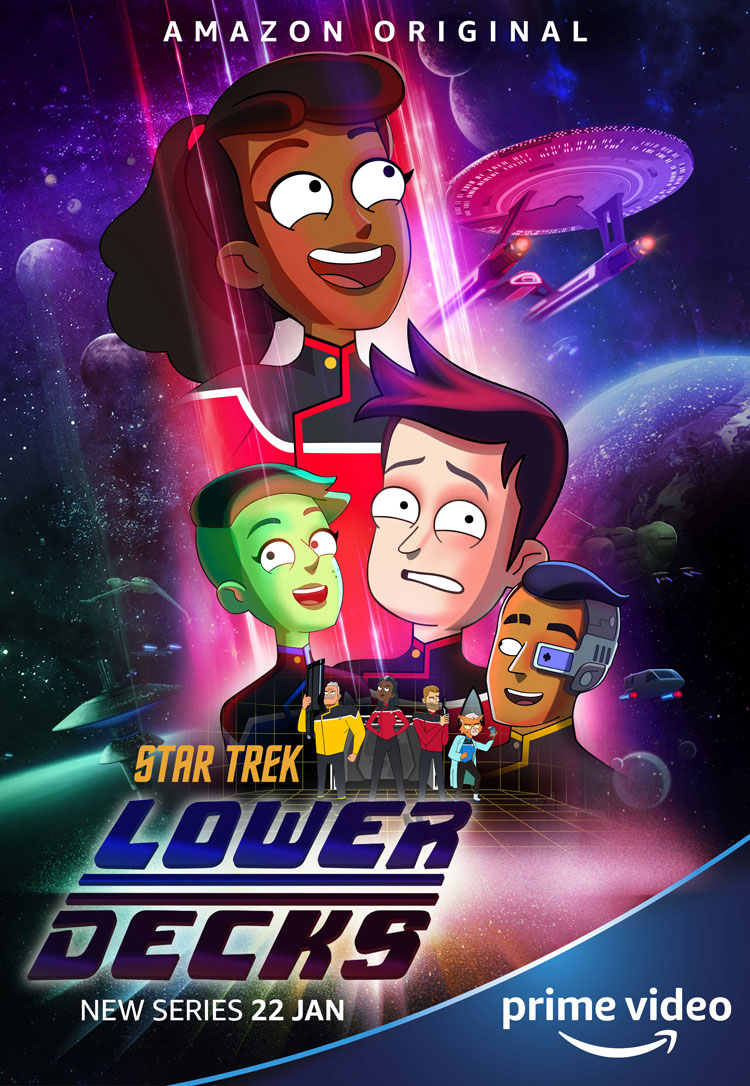 When the announcement came that CBS All Access was launching an animated comedy Star Trek series, the reaction was divisive. The passion and loyalty of many Trek fans can never be underestimated and each new iteration to the franchise unavoidably causes vocal opinions.

Star Trek: Lower Decks is certainly a new (and rather different) addition. The show focuses on Ensigns Mariner (Tawny Newsome, Space Force), and Boimler (Jack Quaid, The Boys), who are part of a support crew that serve on Starfleet ship, the U.S.S. Cerritos – a ‘second contact’ ship where the mission is to facilitate the job of welcoming new planets into the federation once first contact has been made. Indeed, the premise itself echoes the show’s appearance as the scrappy underdog, fighting for validation when it’s operating amongst true greatness.

The Cerritos is captained by Dawn Lewis’ Captain Carol Freeman supported by Commander Jack Ransom (Jerry O’Connell) and a bridge crew populated with amped-up stereotypes pulled from decades of derivative science fiction. Yet no matter how many times the trigger-happy Lieutenant Shaxs (voiced by veteran voiceover star Fred Tatasciore) threatens to resolve any situation by ejecting the warp core, these are all clearly Starfleet officers; compassionate, dedicated and intelligent.

A satisfying hybrid of the fast-paced vulgar chaos of Rick And Morty (the series was developed by Rick And Morty producer Mike McMahan) and the loving parody/homage of Seth Macfarlane’s The Orville, the show elicits heart-warming laughs from humour that is far more sitcom than absurdist farce. Which is the smart choice given the fertile comedy ground that can be harvested from the absurdity of some Trek episodes.

Star Trek: Lower Decks has a heart and a moral message that is recognisably Star Trek, even if there’s more silliness and profanity than we’re used to. But if Star Trek: Discovery can teach us that the Federation sometimes drops a few swear words and if Star Trek: Deep Space Nine taught us that it’s sometimes okay to be silly, then Star Trek: Lower Decks reminds us of the rewards we can reap when we follow Starfleet’s mission to look past the surface and accept people for who they are.

Ratched review: The nurse will see you now
< Previous
Next >

Ratched review: The nurse will see you now