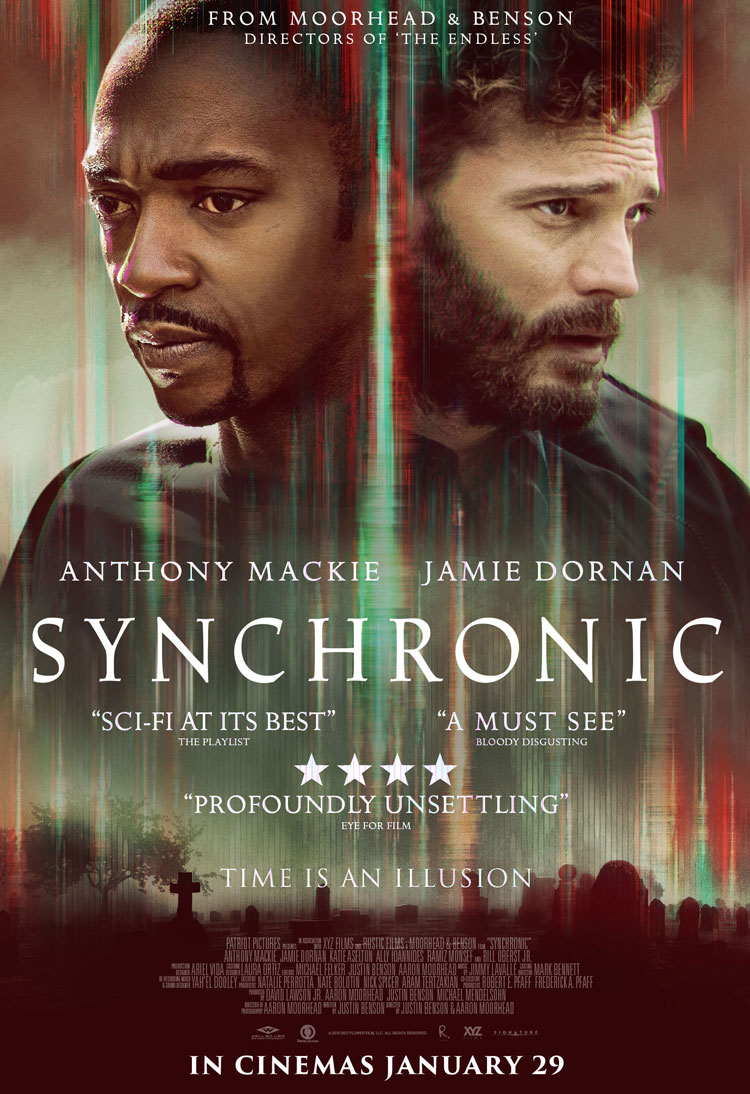 “The past sucks,” irate paramedic Steve (Anthony Mackie) says after time-travelling to said sucky past via a new synthetic drug, Synchronic.

Indeed, directors Justin Benson and Aaron Moorhead have yet again turned a staple sci-fi trope (in this case, time travel) on its head in their latest thriller, Synchronic, following the success of their last feature, The Endless, which focussed on a UFO death cult and gave a whole new meaning to the word ‘trippy’.

Synchronic follows the aforementioned Steve and his best friend and paramedic partner Dennis (Jamie Dornan) who are traipsing through New Orleans’ dark drug-addicted underbelly, routinely facing overdose deaths with boring monotony. However, when legal synthetic drug ‘Synchronic’ finds its way onto the market, the deaths become more curious; with victims being impaled with ancient swords or receiving snake bits from species that have long left the state…

When Dennis’ teenage daughter Brianna (Ally Ioannides) goes missing after taking Synchronic, Steve makes it his mission to investigate the drug. He soon finds out that people physically time travel for seven minutes after taking it and if they don’t return to the exact spot where they entered the past before those minutes are up, they’re stuck there. Using himself as a guinea pig, Steve starts taking the drug himself in a desperate attempt to travel through time to find her.

Synchronic is a thoughtful twist on the genre. There are no action-packed time-travelling adventures or cool gadgets to play with (“Back To The Future got it wrong, man,” Steve wryly says while sipping on beer after narrowly avoiding being stabbed by an understandably confused conquistador). Instead, the film focuses on the complex long-lasting friendship between Steve and Dennis, as well as shining a spotlight on the impact of America’s drug problem. Firstly with the frustrations of front-line workers and secondly with the questionable regulations around synthetic drug distribution.

Anthony Mackie is fantastic as Steve, whose own life mimics Synchronic’s abilities as he navigates his own time-loop of sorts; playing out the continuous routine of the wise-cracking drunken lothario though he’s middle-aged and yearning for a meaningful connection.

Synchronic will surprise you in how beautifully simplistic a story about a synthetic drug that yanks you into the past can be, proving that you don’t necessarily need hoverboards and DeLoreans (though we do very much appreciate them) to tell a stylistic and meaningful time-travelling tale.

Synchronic is arrives on home premier on 29 January from Signature Entertainment.

Bliss Review: More than a feeling
< Previous
Next >