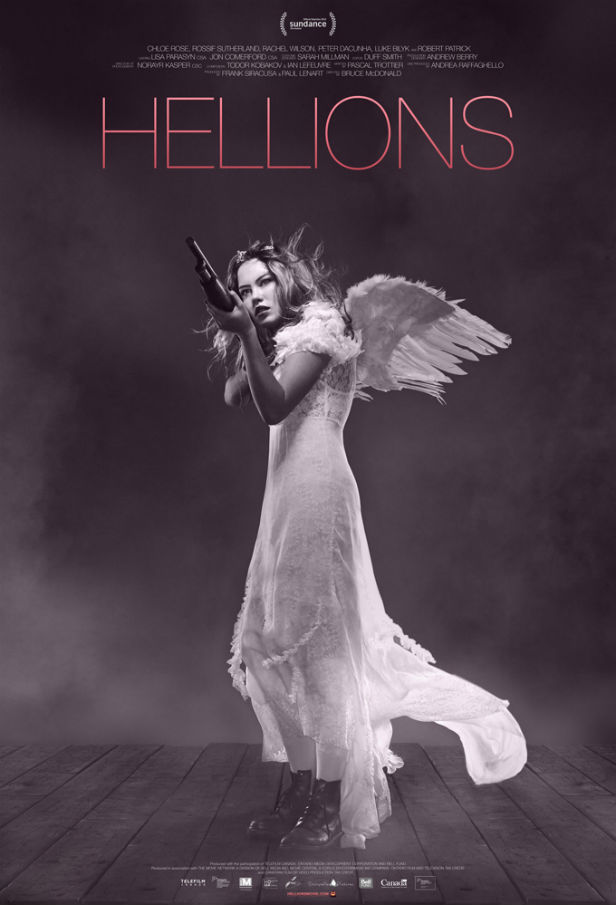 A new poster for Bruce McDonald’s Hellions has arrived at The Playlist ahead of its Sundance premiere.

The new film from the director of the superb Pontypool stars Robert Patrick and Chloe Rose. Set on “Halloween night in the town of Waterford, the so-called Pumpkin Capital of the World. Alone at home, teenager Dora Vogel is about to have a very long night. Free to roam undetected among the small town’s trick-or-treaters, a group of masked demonic beings knock on unsuspecting Dora’s door. Before long, she is cut off from the outside world, under siege in her isolated home for reasons she does not understand. Alone in the dark, Dora will need to defend both her body and her soul from the relentless evil beings known as hellions.”

Hellions does not currently have a release date. You can buy Pontypool on Blu-ray for £7.43 at Amazon.co.uk and keep up with the latest horror news with the new issue of SciFiNow.