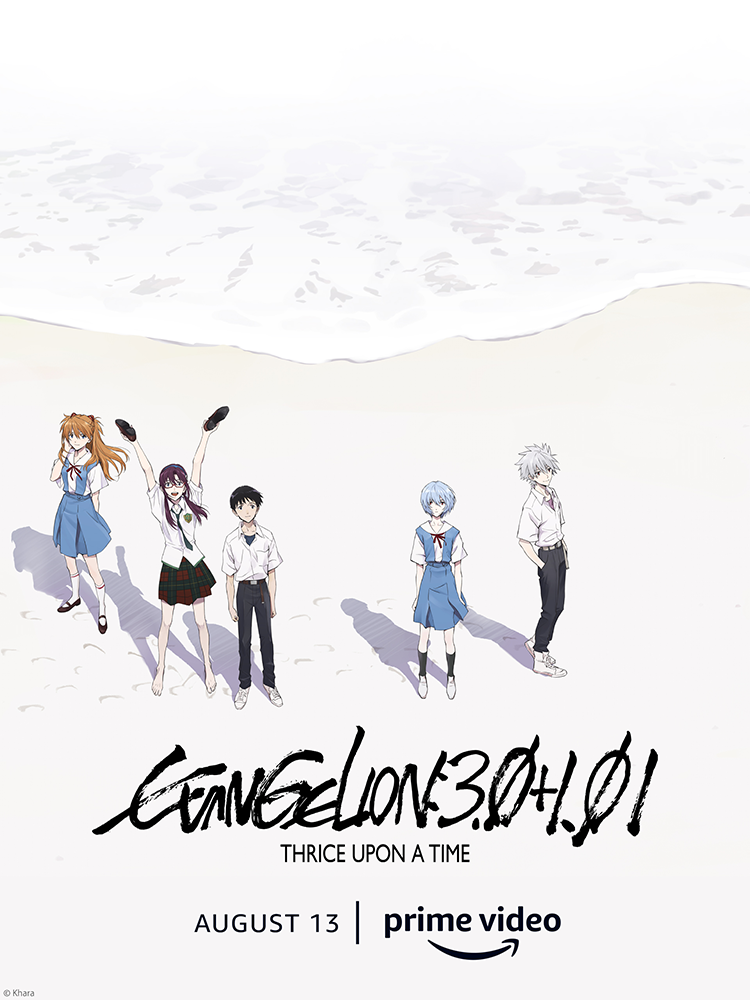 Twenty-six years ago, a man by the name of Hideaki Anno created a series called Neon Genesis Evangelion, which would go on to become one of the most highly revered and iconic anime of all time, as well as one of the most divisive. This is a show that, a quarter of a century on, people are still discussing and debating, and to promote this film a train line in Nagoya was renamed to the surname of one of the characters, and her face was painted onto the carriages. The cultural reach and impact of Evangelion cannot be underestimated or overstated.

On the surface, Evangelion appears to be a simple mecha anime – giant monsters called Angels are attacking the earth, conventional weapons are useless against them, and the only hope we have is giant robots, the titular Evangelions, piloted by teenagers. However, it quickly becomes clear that this is anything but your typical mecha anime, as Evangelion turns into an incredibly deep exploration of human psychology. It deals with suicide, loss, self-hatred, abandonment, and pretty much every parental issue imaginable. Its 26 episodes are followed by a movie, The End of Evangelion, a cinematic experience so incredible it’s a shame you can only experience it for the first time once.

Back in 2007, Anno launched the Rebuild of Evangelion film series, a reboot and retelling of the show, adding new characters and radically changing the story. Now, the final instalment, Thrice Upon a Time, is not just the conclusion to Rebuild, but the conclusion to all of Evangelion. There’s so much riding on this film it should have come equipped with wheels, and you can practically hear it groaning under the weight of expectation from the Eva fan base. Not that Anno has ever really cared much about what anyone else thinks. Evangelion has always been deeply personal, autobiographical and a reflection of himself, and Thrice Upon a Time is no different.

We cannot discuss the story because spoilers, beyond saying that it follows on directly from the end of the previous film, 3.0, but we can talk about what matters, and that’s whether or not it’s any good. For us, NGE and EoE are SSS-tier anime; absolute pinnacles of this artform, and two of the greatest things we’ve ever watched. We came into the Rebuild series with our cynicism flying high like a war flag while still trying our best to be open-minded, and we’re glad we were because Thrice Upon a Time is genuinely good.

The film is one hell of a ride, a two-and-half-hour audio-visual, emotional and psychological roller-coaster. It veers from dazzling CGI-heavy action sequences to slow and silent reflection; it delivers goosebumps and psychological introspection in equal measure. At times it’s complex, complicated and confusing, but that’s Evangelion in a nutshell.

The Rebuild films have slowly distanced themselves from NGE but Thrice Upon a Time feels like it changes course and ties things together, with callbacks and references to the OG series, along with hints of End of Evangelion.

Thrice Upon a Time is a lot to take in; it’s pretty overwhelming, and there’s so much to analyse that we won’t be surprised if people are debating and discussing it for the next 25 years. It also signifies the end of Evangelion, but while this story might be over, its legacy will live on forever. To quote the show: “When the earth, the moon, and the sun are gone, Eva will exist.”

As a final farewell to the entirety of Evangelion, Thrice Upon a Time is very much deserving of omedetou. It’s not perfect, but it delivers the most conclusive chapter in the Evangelion story yet, and in a series that has always kept viewers guessing about so much, that counts for an awful lot.

Evangelion: 3.0+1.0 Thrice Upon a Time is out now on Amazon Prime