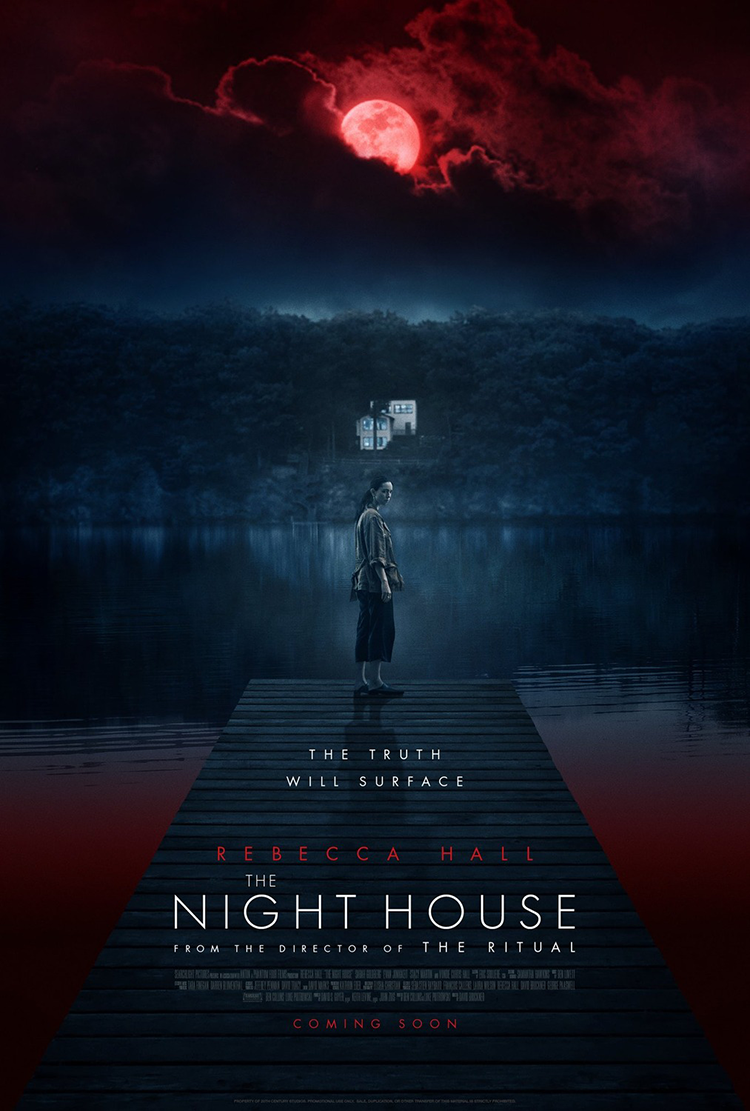 Rebecca Hall stars as a woman confronted with her own mortality in David Bruckner’s scary supernatural horror The Night House.

Recently widowed from her husband Owen (Evan Jonigkeit), who took his own life, schoolteacher Beth (Hall) embarks on a disturbing and puzzling journey of discovery, rifling through her relationship and the grand lake house her husband built for her in a desperate search for answers. Even if all the pieces of the puzzle don’t fit together quite satisfactorily by the end, Hall’s superbly affecting performance and Bruckner’s skilful building of tension sets a nerve-shredding ambience.

The depth of Beth’s pain and anger in her grief-stricken state is ably translated by Hall and a screenplay that doesn’t make her a one-note character. Not only is she going through a dark night of the soul, she is trying to hold down a job, and the early sequences where Beth is lashing out and making sarcastic comments are both deeply moving and ring true.

The melancholic tone and structure of the film is reminiscent of a good Noughties J-horror, as it gradually reveals more details about why exactly Owen ended his life. As the narrative unfolds and Beth’s world comes crumbling down around her, not all of it entirely lands or is sensitively handled. The crushing despair of loss, and agony and fear of death are conveyed in several inventive and terrifying ways, but the overuse of nightmares and dreams to deliver scares becomes a bit tiring.

Overall, The Night House is an effectively chilling ghost story that evolves into something much darker in its exploration of death, violence, suicide and mental health, placing the viewer in the mind of a woman losing her grip on reality. It’s a disquieting experience, but some of the cheap twists rob it of the gravitas deserved for the complex themes it investigates.

The Night House is in cinemas on 20 August.