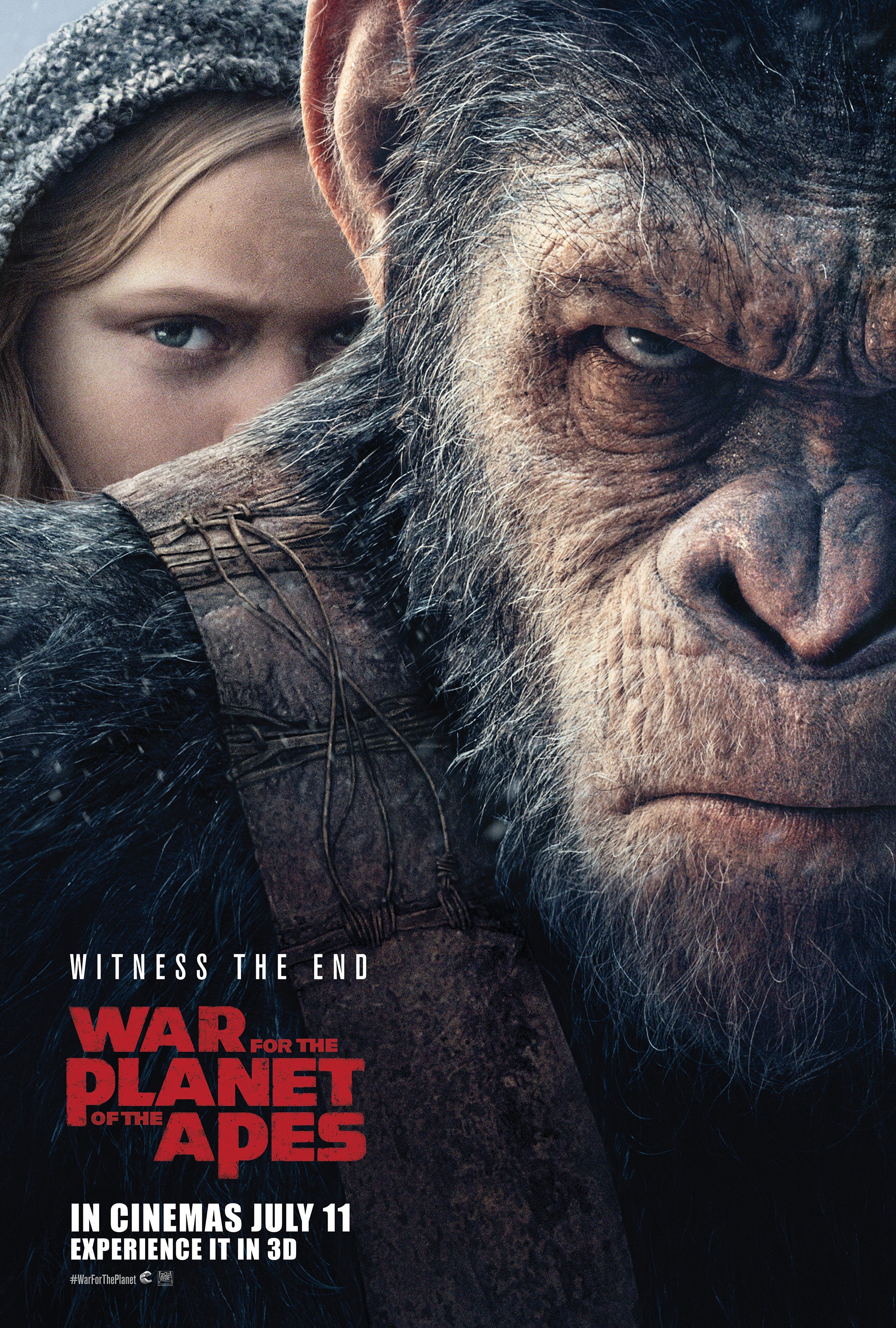 The rebooted Planet Of The Apes series is widely regarded as one of blockbuster cinema’s best franchises in recent memory. That reputation will be further cemented by this superb third instalment, which puts Caesar (Andy Serkis) front and centre for an emotional and gruelling journey.

Director Matt Reeves and his co-writer Mark Bomback have clearly always been more interested in the apes than the people. After opening by following a group of human soldiers launching an assault on an ape forest stronghold, the film swiftly switches to Caesar’s POV and stays there.

In the years since the events of Dawn, the remaining humans have waged all-out war on the apes, led by the remorseless Colonel McCullough (Woody Harrelson). Caesar still dreams of a peaceful life for his people, but when the Colonel unleashes a devastating attack, our hero sets out to put a stop to him once and for all.

The War title is somewhat misleading for anyone expecting a full-on combat spectacular (although there’s plenty of action). Reeves and Bomback deliver something closer to a John Ford Western, as Caesar and loyal companions Rocket (Terry Notary), Maurice (Karin Konoval) and Luca (Michael Adamthwaite) set out on horseback into the snowbound mountains in search of their quarry and Caesar’s rage pulls him closer to the spirit of Dawn’s antagonist Koba (Toby Kebbell).

The Apes series has consistently delivered such incredible effects work that it’s easy to take it for granted, but there’s a realisation watching this film, especially during its first half, that something quite remarkable is happening. The humans are barely present for the bulk of the running time, but WETA’s groundbreaking technology merges so perfectly with the performances that this barely registers, and Serkis’ turn as Caesar is his most affecting yet.

Meanwhile, the political allegory at the heart of the franchise is more evident and more powerful. The humans’ treatment of their captives is brutal, separating the adults from the children in camps and forcing them to work, all while the American flag waves proudly away and the national anthem plays from the speakers. It’s not subtle, but never quite steps onto a soapbox. Reeves and Bomback are also careful not to turn the Colonel into a caricature, helped by Harrelson, who stays on the right side of ham. 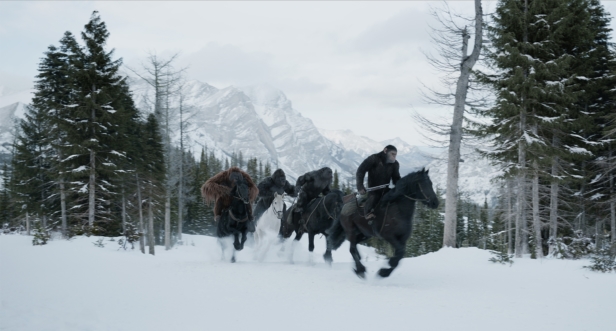 But there’s never any question as to who we’re supposed to identify with. It’s a powerful message that’s impossible to ignore, and it’s one that feels especially surprising coming from a studio tentpole with a massive budget.

With its prison camps, torture, collaborators, violent revenge and death, War is almost unremittingly bleak but it never loses sight of its humanity, or “ape-manity” as Serkis described it in our interview. Comic relief comes from Steve Zahn’s skittish and adorable Bad Ape, an escapee from a zoo who reluctantly agrees to help Caesar and his friends find the Colonel’s military base despite clearly struggling with his own trauma. Meanwhile, the relationship between the kindly Maurice and a mute human girl named Nova (Amiah Miller) gives the film some much needed heart, bolstered by Michael Giacchino’s score.

There are one or two wobbles as the film reaches its final act but the filmmakers’ absolute confidence in Caesar’s journey, which moves from Ethan Edwards to Spartacus by way of Captain Willard, means that we’re fully invested as the chaos of the heavily-trailered final conflict begins.

This is a brilliant technical achievement but it’s more than that. It’s a potent, political and moving work of SF with a stunning performance from Andy Serkis.