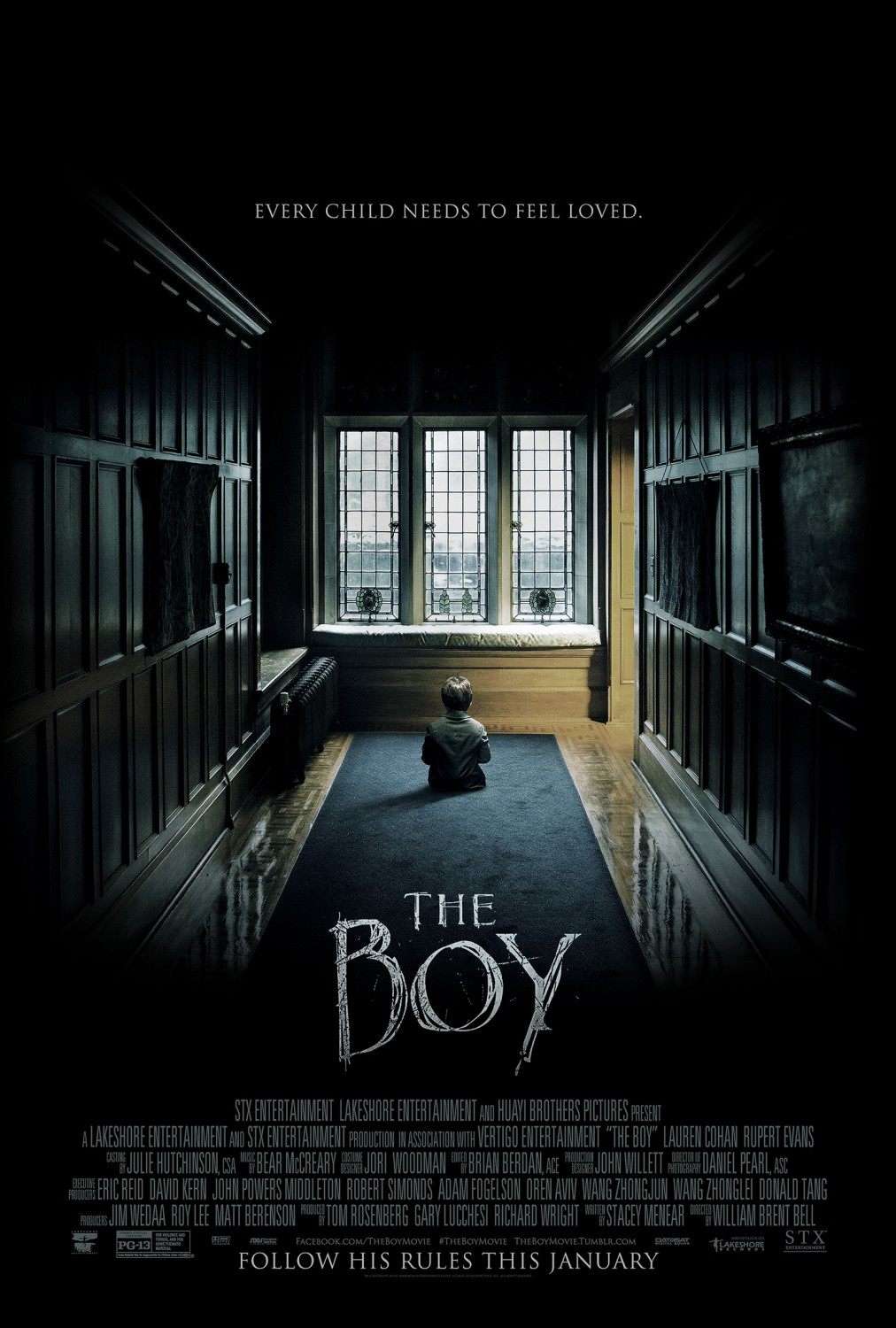 Kiwi director Gerard Johnstone plays around with old-school scares with skill and wit in a riotous haunted-house horror.

The monstrosity of grief and the loss of a child hangs heavy in the air in this creepy doll horror that’s clearly influenced by the Hammer canon. Unfortunately, The Boy isn’t fun enough to keep you thoroughly entertained, and it doesn’t have a good enough grasp on its serious issues to make it at all moving. Instead, it keeps you firmly in the chokehold of boredom and stupidity, with few laughs or scares along the way.

Greta (Lauren Cohan) is dealing with a dark past, so has made the move from the US to the English countryside to take a job as a nanny. Situated in a crumbling mansion in the middle of nowhere with no mobile phone signal, she’s alone apart from the grocery delivery man Malcolm (Rupert Evans) and the couple who are employing her to look after what they claim is their son Brahms, but is in fact an inanimate but very detailed doll. Her first reaction is laughter, and that’s what the director plays with for a while, but the humour is too fleeting and he doesn’t eke enough out of the absurdity of the situation.

There should have been more knowing glances, but the fun is sucked out of it after about 15 minutes when the couple take off and leave Greta alone to follow their strict care regime for their son, which of course she doesn’t take heed of. The rules for looking after Brahms are a bizarre list that work nothing into the story apart from the use of some loud classical music.

A creaky screenplay full of clichés is occasionally knowing, and includes a twist that some may not see coming, but William Brent Bell’s insistence on using slow-motion shots repetitively to add some sort of dramatic flair to horrific moments is massively embarrassing.

Jim Norton and Diana Hardcastle as the couple who employ Greta don’t get much to do apart from look forlorn and seriously worried. Evans and Cohan appear to be in on the joke, and do their best with the terrible dialogue and plodding pacing, but a shift in tone in the final third is clunky, laboured and just doesn’t work.