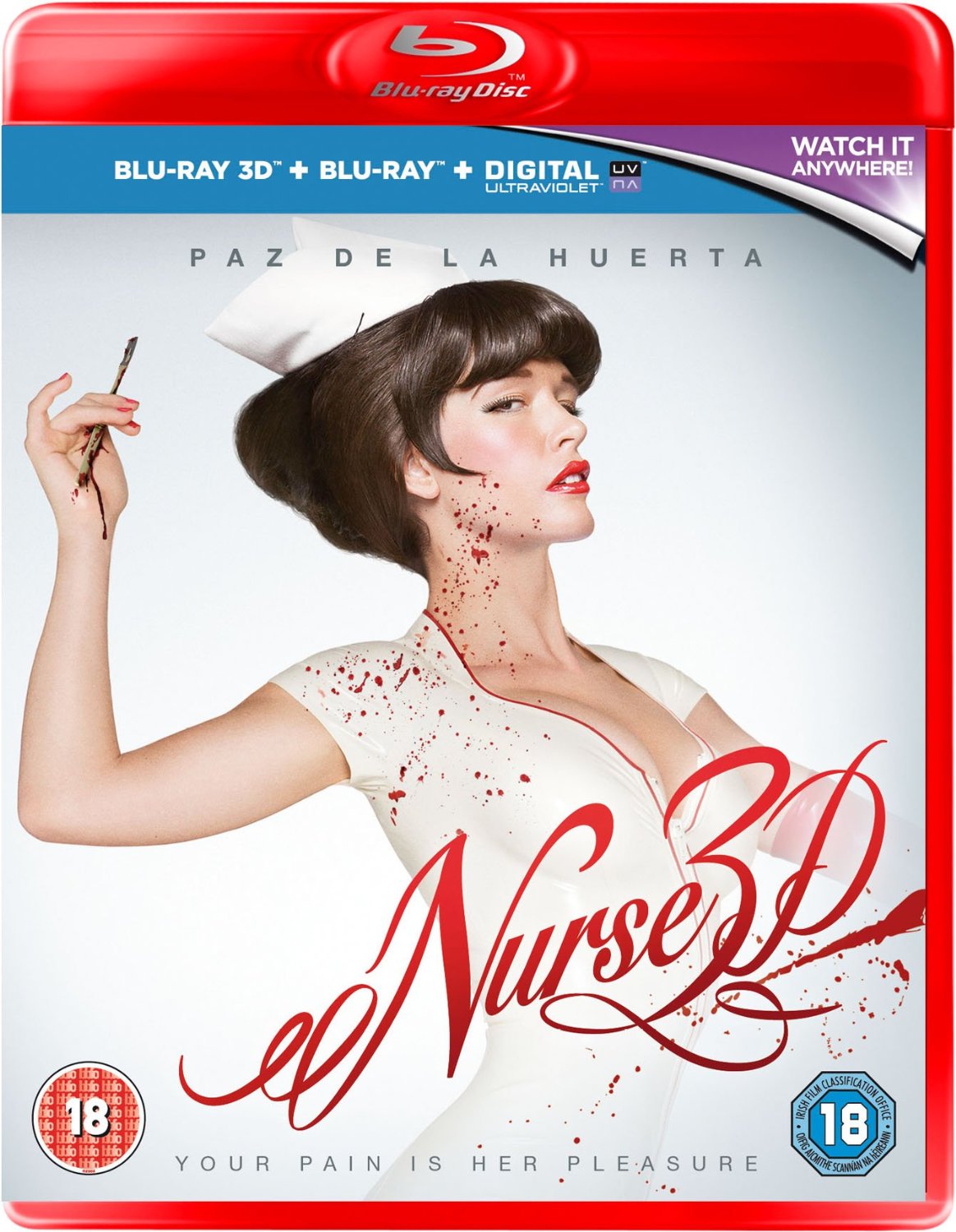 “There is no cure for the married cock,” announces Paz de la Huerta’s Abigail Russell in the opening voice-over of Nurse 3D. “Only me. The nurse.” At this point she’s just described the cheating husbands of the city as a threat that infects “millions of innocent vaginas,” and shortly thereafter dispatches one such philanderer mid-seduction. Nurse 3D is loud, proud and deeply ridiculous.

Abigail is the head nurse at All Saints Hospital, where the nurses dress in frankly impractical gear and the doctors get plenty of ogling done as well as saving lives. She decides to get involved in the personal life of her protégé, Danni (Tucker And Dale Vs Evil’s Katrina Bowden), and takes her for a night of dancing, drinking, roofies and sex, most of which would upset Danni’s boyfriend Steve (Corbin Bleu) if he ever found out. So when Danni tries to distance herself from Abi, the nurse decides to take matters into her own hands.

Everything about Nurse is a knowing wink at the viewer: the ludicrously provocative poster, the costumes the nurses at All Saints wear, the outrageous dialogue, the pointless 3D gimmick. Finding the line between entertaining pastiche and seedy exploitation is a delicate business, but the willful ridiculousness of the dialogue coupled with de la Huerta’s signature disaffected delivery means that, for the most part, we’re laughing with the filmmakers rather than at them.

Things get dicier when director/co-writer Douglas Aarniokoski tries to go beyond finding scenarios for Abigail to punish a series of wealthy leches. It’s surprisingly elegantly directed but most of the stock characters (jealous boyfriend, tough cop, etc) aren’t interesting enough to help us overlook the increasingly wobbly script. The gleeful sex-n-gore-n-trash first half merrily invokes the spirit of John Waters alongside its more immediate genre predecessors (Single White Female, many other…less mainstream films), but the second starts to feel flat.

However, the actors are all on message and brief appearances from an eclectic group of supporting players (Martin Donovan, Kathleen Turner, Judd Nelson) help to keep things interesting. De la Huerta’s apparent willingness to disrobe at a moment’s notice (she takes off her underwear to commit one murder) has become a career trait at this point, having spent the bulk of Jim Jarmusch’s The Limits Of Control with no clothes on, and the levels of nudity in the film do invoke the spectre of seediness. The horribleness of the men and the glee with which the film dispatches them do go some way to dispelling that, as does that self-awareness.

It needs a stronger second half but if you’re in the mood for some hugely silly, hugely seedy, so-bad-it’s-good-ness, then Nurse could be the one for you, and it might be the only film this year in which the anti-heroine describes climaxing in voice-over while arranging a car crash.