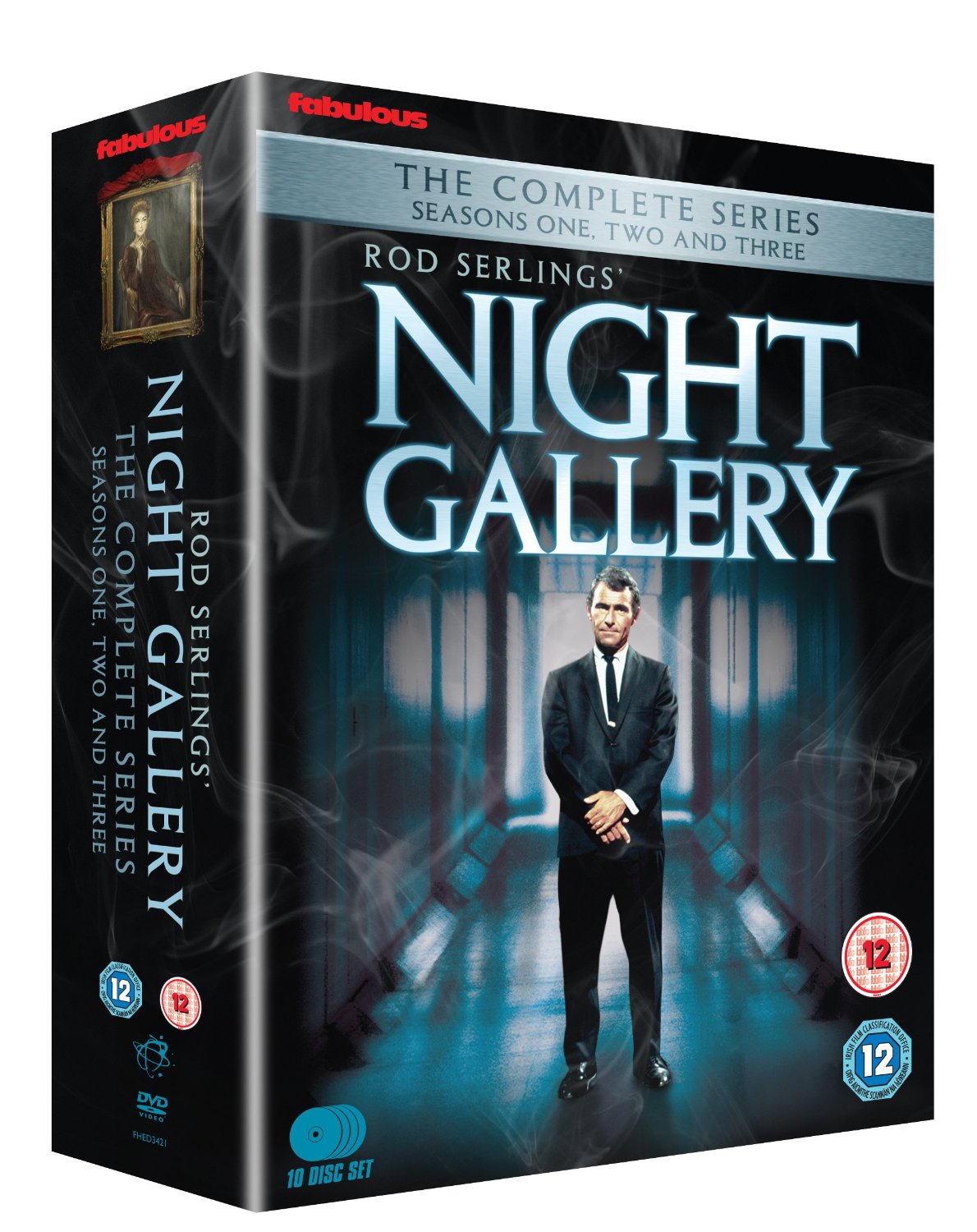 Night Gallery often takes second place to Rod Serling’s most celebrated creation, The Twilight Zone, but his horror anthology series boasts more than enough grim chills and outrageous thrills to stand on its own two feet, even if each of those appendages belongs to a different person.

The concept was Serling’s, but his decision to relinquish creative control over the series led to the notable split in its personality. On the one hand, you have the classic Serling formula of political and social commentary stirred into high concept cautionary tales, and on the other you have show runner Jack Laird’s wacky comedy stories.

So while the first season is almost entirely written by Serling, by the second season Night Gallery’s goofy sense of humour makes itself known, and by the third season you get the sense that he started to resent it.

Anthology series are hit and miss by their very nature, but Night Gallery’s schizophrenia makes that more apparent, and somehow endearing. There’s no question that it’s odd, for example, to follow Serling’s apocalyptic ‘The Boy Who Predicted Earthquakes’ with a Laird’s short about Dracula trying to find a babysitter, but it does somehow add to Night Gallery’s unique charm.

It’s important to note that Laird did contribute some good work, as did the many other writers, and Serling’s original episodes frequently see the writer at the very top of his game. Adapting classics gave the show some of its best moments, like the beautiful Orson Welles-narrated take on ‘Secret Snow, Silent Snow,’ or the grisly Lovecraft-inspired ‘Cool Air.’ Indeed, Night Gallery relishes how far it can go, with Season Two episode ‘The Caterpillar’ proving to be a gruesome highlight.

When it’s good, it’s great. There are some absolutely outstanding stories to be found here, particularly in the first two seasons (although there are one or two excellent chillers in Season Three). The cast is an amazing pick ‘n mix that includes talent as varied as Vincent Price, David Carradine, Laurence Harvey, Yapphet Kotto, Diane Keaton, Sally Field, Elsa Lanchester, Bobby Darin and Leslie Nielsen.

With haunted houses, giant spiders, sneaky witches, cowboy ghosts and kooky spirits, there’s plenty that doesn’t work, but so much more that does. We definitely recommend that you accept the invitation to the Night Gallery.