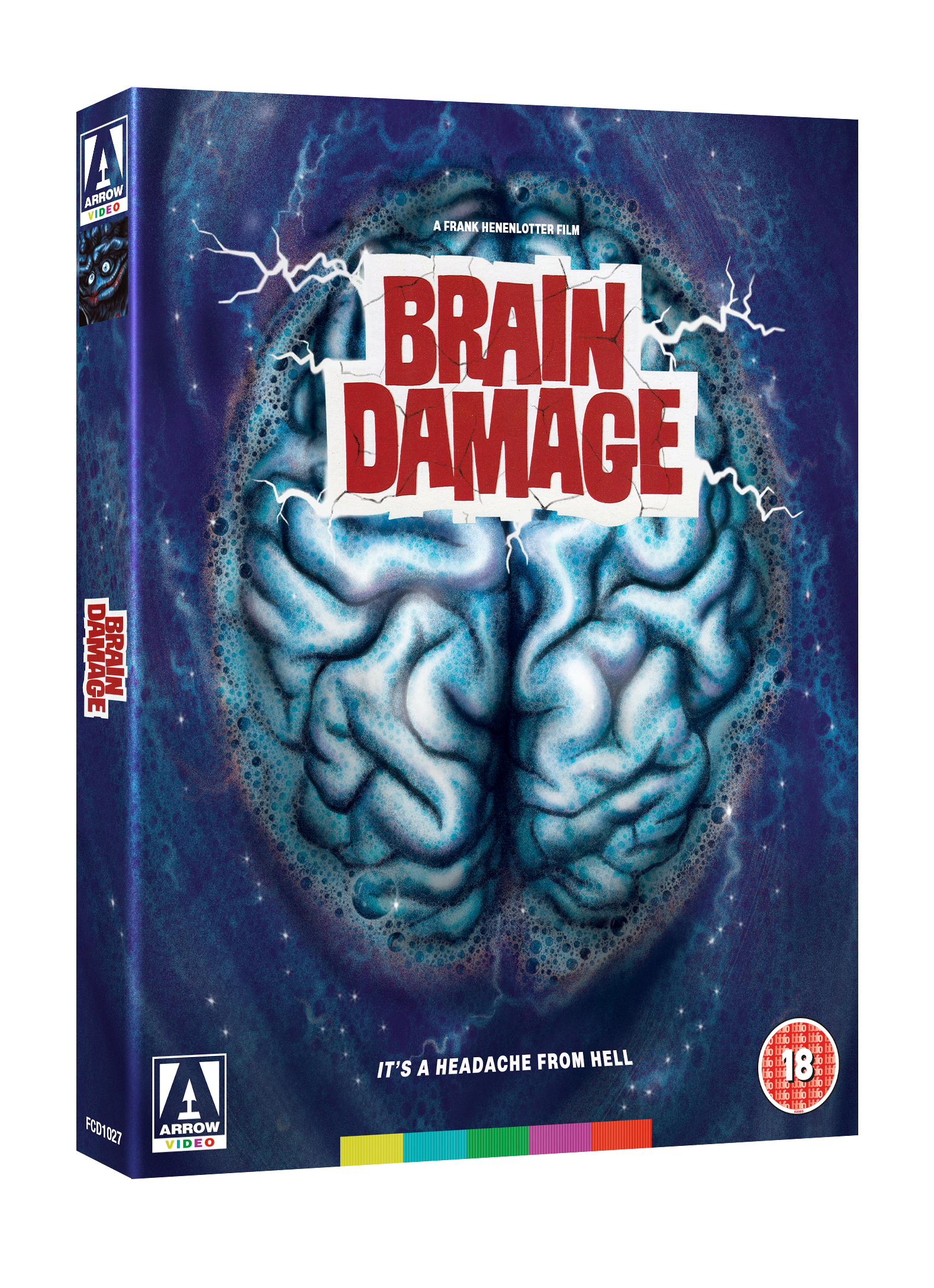 For the uninitiated, Brain Damage fits very neatly into the Henenlotter back catalogue with a sweaty young man trying desperately to conceal a monster that gets him into a lot of gory, gooey trouble.

This young man is Brian (Rick Hearst), who wakes up one night to find that a parasitical creature has attached itself to the base of his skull. This thing introduces itself as Aylmer (gleefully voiced by late night horror host John Zacherle) and offers to keep Brian juiced on the incredible hallucinogen it injects into his grey matter as long as Brian keeps him fed with fresh juicy brains…

Will Brian give in and become a murderer? Will he have a choice?

If you’re a fan of Henenlotter’s particular brand of low budget, effects-heavy New York-set good-natured sleaze, then there’s a lot to love about Brain Damage.

The relationship between Brian and his parasite plays out as an addiction metaphor, driving him apart from his loved ones and forcing him to do terrible things to get his fix, but if that sounds too heavy, it’s also a film that has its creature performing a musical number on a sink, brains getting pulled out of ears, and a gross-out blow-job gag so gleefully revolting that it reportedly led to crew walk-outs.

But as gross as things get (and they do get gross), there’s that Henenlotter magic that keeps it from becoming unwatchable and makes it somehow endearing. It may be the harshest of his films but the self-aware humour works wonders, as does the combination of ambition and wonderful practical effects (that meatball sequence…).

It’s the mix that so many other low-budget schlock-hound filmmakers have gone for, but so few make it work. It’s imperfect, tasteless, but hugely watchable.

The extras include a commentary from Henenlotter, documentaries focusing on the film’s effects, a 2016 Q&A and various interviews, which makes it an essential purchase for fans.