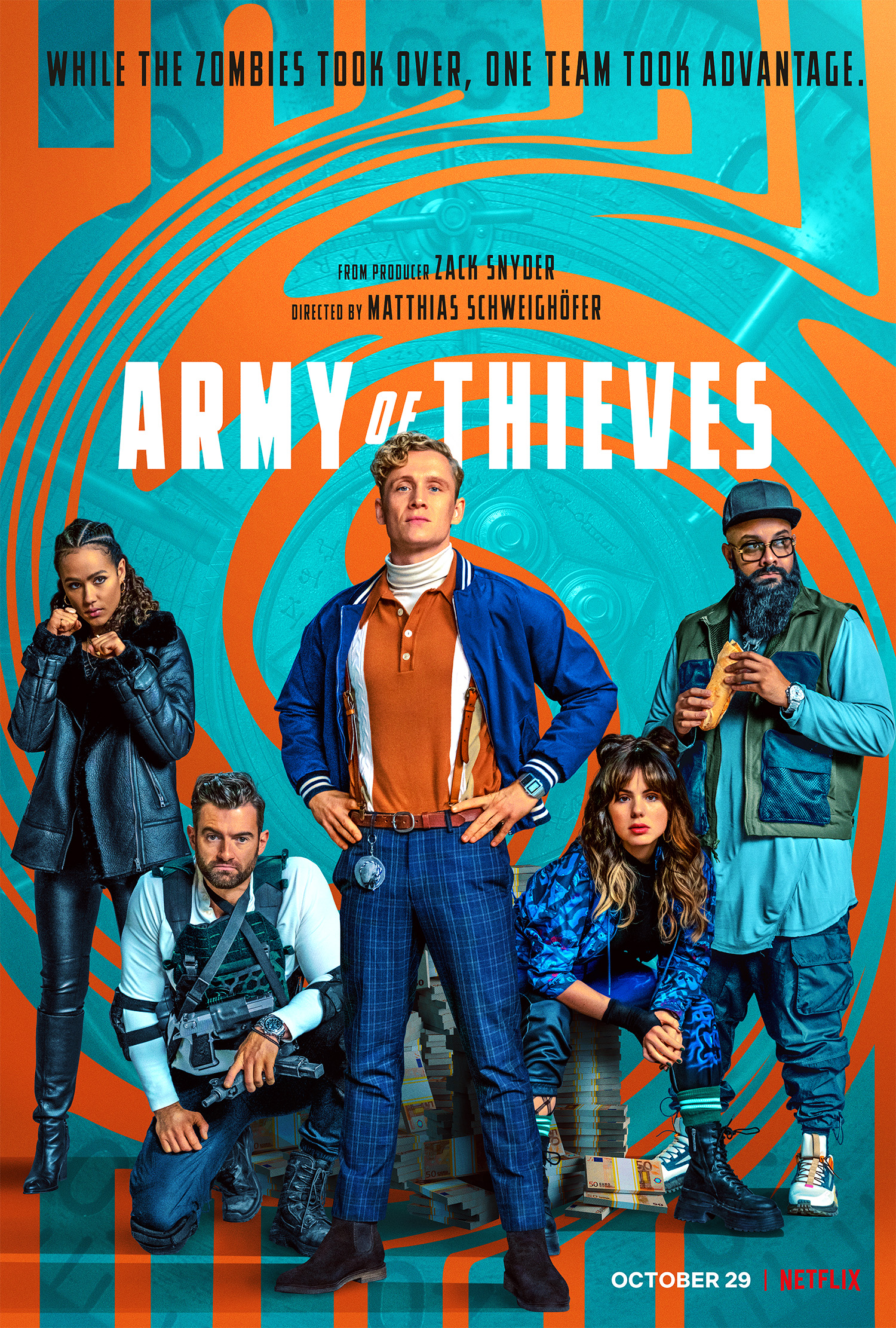 A non-horror prequel to a horror movie, where zombies are relegated to news reports and dreams, Army of Thieves is a film where the logic behind its existence is ultimately more interesting to think about than anything presented on screen. That said, this spinoff of Army of the Dead is somewhat fascinating as an example of playing in the Zack Snyder sandbox without the same stylistic imprint.

Matthias Schweighöfer, also directing, returns as Dead character Ludwig Dieter. Real name Sebastian, he’s a bored bank teller in Potsdam, Germany who, in his spare time, produces YouTube videos on safecracking and safe lore, to an apparent audience of none. But his latest effort somehow attracts the attention of international jewellery thief Gwendoline (Nathalie Emmanuel), who recruits him to help crack three safes during a short window where financial institutions and global intelligence agencies are distracted by the zombie outbreak currently in its infancy in Nevada.

In the video, Sebastian details the story of locksmith Hans Wagner, who designed four famed, elaborate vaults, each inspired by an opera in Richard Wagner’s ‘Ring cycle’: Das Rheingold, Die Walküre, Siegfried and the Götterdämmerung. Each are supposedly “puzzles that could only be solved by those truly worthy of the secrets they guarded”, and attempts to open them by force will only trigger the incineration of the monetary contents and permanently lock the vaults. The first three are rumoured to still be in circulation, while the Götterdämmerung’s whereabouts are a mystery – eagle-eyed viewers may recognise it as the Vegas safe in Army of the Dead.

The idea of fairly minor-league specialists aiming for glory by conquering legendary obstacles provides the most meat of this otherwise light-hearted heist film, which would work as a pleasant enough caper that’s plausibly standalone on its own terms, were it not for the occasional glimpse of the undead.