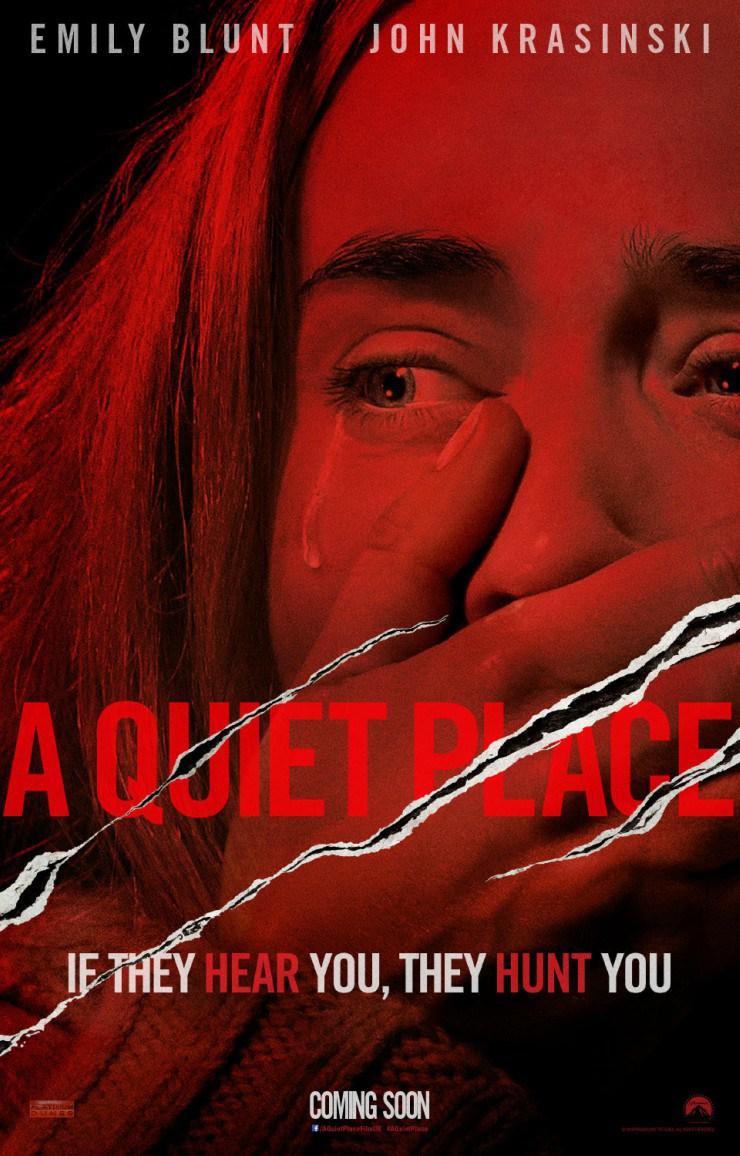 A grieving family begins to realise that creatures from another world are coming in Shyamalan's underrated sci-fi.

There’s been a lot of discussion about what makes a film “horror” recently, but you won’t come away from A Quiet Place wanting to place it in any other genre. The third directorial effort from The Office star John Krasinski (and his first genre movie) is a nerve-wracking experience that has a brilliantly simple pitch: if you make a sound, you die.

Humanity has fallen to a race of monsters who use their incredible hearing to track their prey. Lee and Evelyn (Krasinski and real-life wife Emily Blunt) have managed to keep their family alive in a rural farmhouse by following the golden rule: stay quiet. But it’s far too easy to slip up, and as the pregnant Evelyn’s due date draws near, so do the creatures…

The tension is right there from the get-go thanks to a concept that is simple and brutally effective, especially as Krasinski doesn’t waste any time. We meet the Abbots on a supply run in a ransacked supermarket where every precarious item on every wobbly shelf is a potential catalyst for disaster. An early emotional gut-punch shows just how high the stakes are, but it also shows how determined the filmmakers are to not lose sight of this family’s journey.

The influence of Steven Spielberg and M Night Shyamalan (particularly Signs) is evident in the horror, the setting and in the way Krasinski keeps nudging the Abbotts to the foreground. Blunt is predictably excellent, and the director-star is great too, but it’s the kids who really impress, with Millicent Simmons as the rebellious Regan and Noah Jupe as the fearful Marcus delivering superb performances in a mostly dialogue-free film. We really get a sense of what they have been through and what they will do to keep each other safe, and there are some genuinely moving moments before the film is over.

The silence is so good and so intense that it’s hard not to resent the cheap jump scares that pop up every now and again, and the plotting is nowhere near as deft as the emotional arcs. Still, you can’t deny the film’s effectiveness. Krasinski has crafted a very scary and surprisingly affecting horror movie that will keep you on the edge of your seat.