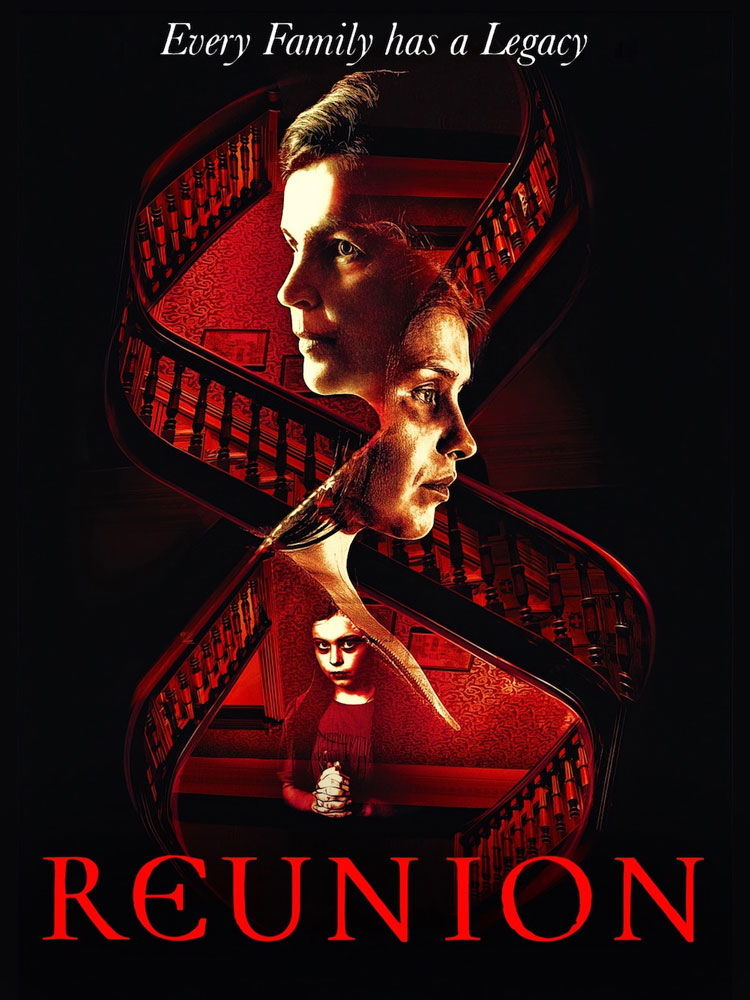 It’s hard getting past the superficial similarities to Natalie Erika James’s superior shocker Relic (2020) with Jake Mahaffy’s Reunion. Like its Australian counterpart, this New Zealand offering leans heavily into the intergenerational conflict as an emotionally remote mother (Julia Ormond) and daughter (Emma Draper) are reunited in their dark and decaying family home to care for an elderly loved one (John Bach).

Like Relic, Reunion plays with the supernatural as the means of exploring real psychological horrors as the pregnant and resentful Ellie (Draper) begins to come to terms with the abuse she suffered at the hands of her domineering mother, Ivy (Ormond). There’s a fourth member of the family in attendance too, the mute presence of Ellie’s sister Cara (Ava Keane) who died young, plummeting to her death from the landing in true gothic horror style.

Whether this spectre is grief, guilt, a ghost, or all three, is largely open to interpretation, and Reunion is at its most elegant when it explores the nature of memory and trauma. The environment is oppressive, narrow and tall, and little light seems to impact on the permanent gloom as Ellie finds herself assailed by visions of the past, sometimes subtly different as she tries desperately to understand the events of her childhood and free her own unborn child from its toxic cycle.

Her journey is made all the more complex by a powerhouse performance of passive-aggression from Ormond, who packs up the past tightly in the home’s many boxes, and denigrates Ellie’s decisions at every turn. Less subtle is the use of found footage (in the artist sense, rather than the subgenre sense), ranging from slides from Ellie’s research into the occult, to close-ups of the biological processes within her womb, that brings to mind Kyle Cooper’s work on Se7en (1995) and American Horror Story (2011). It’s unsettling enough, but it jackhammers at an atmosphere that had been otherwise layered as delicately as gauze. Embracing that avenue fully, the film’s final 25 minutes may prove an acquired taste.

Reunion is out on digital Monday 22 March.

Synchronic Review: The drugs DO work
< Previous
Next >