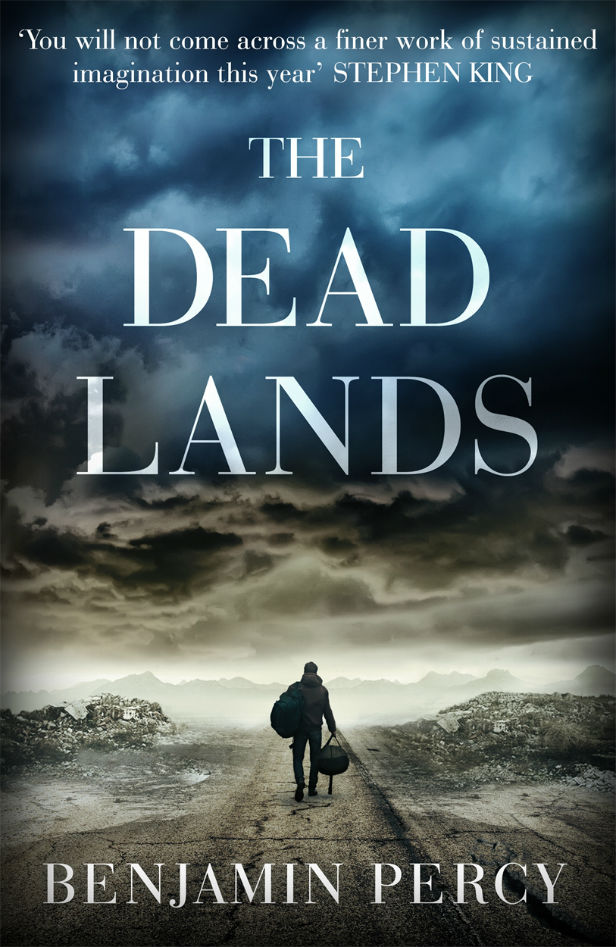 Benjamin Percy’s follow-up to the critically acclaimed Red Moon and The Wilding is released today, and we’ve got an exclusive extract from The Dead Lands for you: just click the cover above!

“Like Stephen King’s The Stand before it, The Dead Lands is an incredible novel set across the sprawling landscape of a nightmarish post-apocalyptic American West.

The world we know is gone, destroyed by a virus that wiped out nearly every human on the planet. Some few survivors built walled cities, fortresses to keep themselves safe from those the virus didn’t kill… but did change.

Sanctuary. A citadel in the heart of the former United States of America. Hundreds of miles in every direction beyond its walls lies nothing but death and devastation. Everyone who lives in the safety Sanctuary provides knows that.

Until the day a stranger appears. He speaks of a green and fertile land far to the west, a land of promise and plenty, safe from the ruin the virus has wreaked. He has come to lead the survivors away from Sanctuary, to the promise of a new life without walls.

But those who follow him will discover that not everything he says is true.”

The Dead Lands comes with a stamp of approval from Stephen King himself, who said “You will not come across a finer work of sustained imagination this year.”

The Dead Lands is available from Hodder & Stoughton today and you can find more information about the book and its author at Hodderscape. The novel extract is ©Benjamin Percy, 2015. Keep up with the latest genre news with the new issue of SciFiNow.