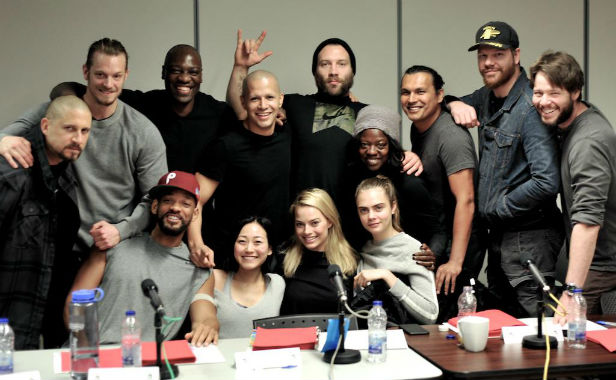 David Ayer has been Tweeting pictures from the set of Suicide Squad for a while now, and this latest gives us a first look at the cast (well, nearly the whole cast).