It’s a very sad day for British cinema, as director Robin Hardy has passed away at the age of 86, reports the BBC.

Hardy is best known for creating one of the greatest works of horror cinema: The Wicker Man. The 1973 classic has a history almost as fascinating as the film itself, with footage lost, found and restored, while some of it is reportedly still missing.

What we have is a truly wonderful, darkly funny and absolutely scary classic, as Edward Woodward’s virginal Sergeant Howie stumbles around a remote Scottish island in search of a missing girl, falling deeper and deeper into the trap set for him by the pagan community led by Christopher Lee’s Lord Summerisle. It’s a musical folk horror with an incredible air of dread that has an identity all of its own. Indeed, the film’s soundtrack is a masterpiece in itself.

It’s rightly regarded as one of the very best British films ever made and it has lost none of its power. It’s been beautifully homaged (most notably in Edgar Wright’s Hot Fuzz) and frequently riffed on/plagiarized, but there’s really nothing quite like it.

Hardy would only make two more films; 1986’s The Fantasist, and 2011’s Wicker Man sequel The Wicker Tree, based on his 2006 novel Cowboys For Christ. At the time of his passing, Hardy was endeavouring to make a third Wicker film, The Wrath Of The Gods, with the aid of crowdfunding.

The filmmaker was a favourite at genre festivals around the UK, where he was a warm and friendly presence, affably discussing the difficult history of his masterpiece and the incredible legacy of it. 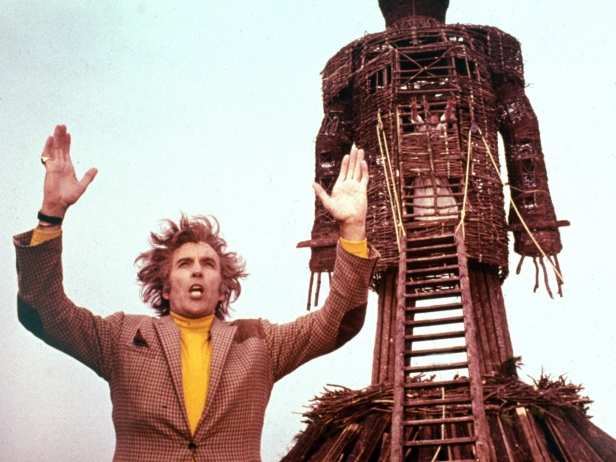 British cinema is the poorer for his loss, but the indelible images and sounds of The Wicker Man will remain for new generations of filmgoers to be terrified, stunned and beguiled by: the beetle tethered inside a schoolroom desk, Edward Woodward desperately clinging to his virtue as Britt Ekland pounds on his bedroom door, and Christopher Lee offering up the perfect sacrifice (“The right kind of adult”) to the island’s monstrous sacrificial vessel. The film is a gift, and we’re so grateful to Robin Hardy for it.