Do you know what we haven’t heard from for a while? ABC’s Inhumans series. Things seems to go a bit quiet after that admittedly kind of weird first image was released (this one, if you’d forgotten), but the show is still very much happening, and soon.

Inhumans is set to premiere on ABC in the US on 29 September. As ever, a UK air date (not to mention a UK broadcaster) is yet to be announced. We’re putting our money on E4 though, what with the network picking up its sister show Agents Of SHIELD a few seasons back.

A new poster has also been released, and it’s actually a lot better than that first cast image. 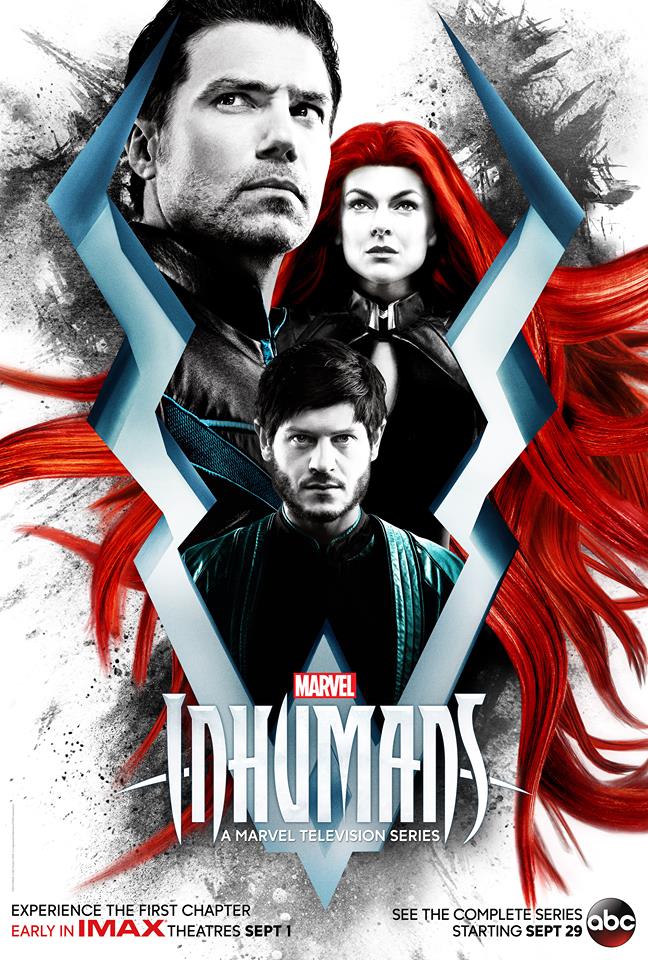 You can read the show’s official synopsis here:

Marvel’s Inhumans explores the never-before-told epic adventure of the royal family including Black Bolt, the enigmatic, commanding King of the Inhumans, with a voice so powerful that the slightest whisper can destroy a city. After the Royal Family of Inhumans is splintered by a military coup, they barely escape to Hawaii where they are greeted with surprising interactions with the lush world and humanity around them. Now they must find a way to reunite with each other and return to their home before their way of life is destroyed forever.

Marvel’s Inhumans premieres on 29 September on ABC in the US. Get all the latest superhero news with every issue of SciFiNow.