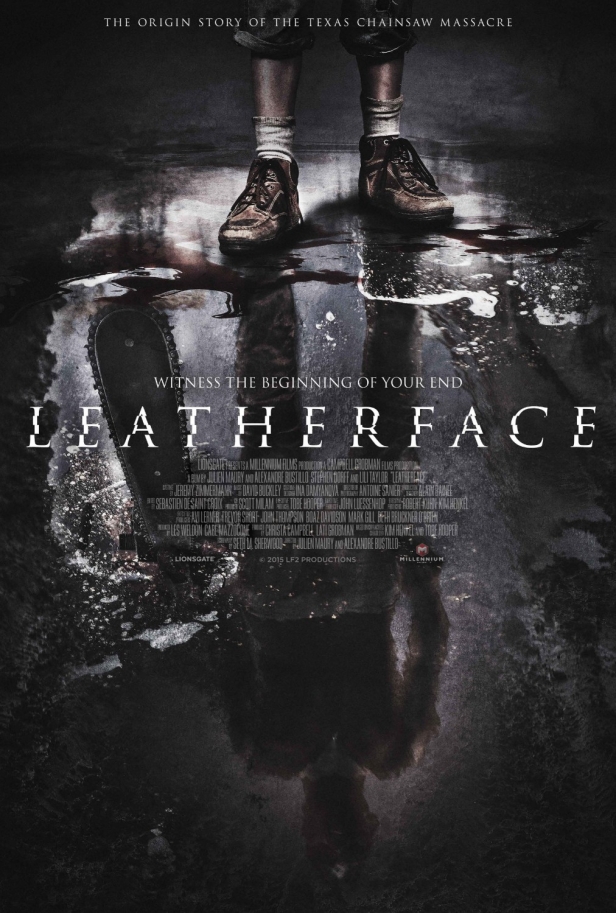 The film stars Sam Strike, Stephen Dorff, and Lili Taylor, who replaced Angela Bettis in the role of Verna Sawyer.

From the directors of Inside, Livide and Among The Living, this prequel is “about teenage Leatherface who escapes from a mental hospital with three other inmates, kidnaps a young nurse and takes her on a road trip from hell. Along the way, they are pursued by an equally deranged lawman out for revenge.”

The poster is fairly basic and we’re not giddy with excitement about the prospect of another Texas Chainsaw after the last one, but with directors like Maury and Bustillo on board, we’re trying to withhold judgement.

Leatherface will be released in 2016. Keep up with the latest horror news with the new issue of SciFiNow.