Julien Maury and Alexandre Bustillo’s 2007 horror Inside (A L’Interieur) is one of the best horrors of the last decade, a terrifying and incredibly gory tale of a heavily pregnant woman (Alysson Paradis) under siege in her own home on Christmas Eve from a mysterious woman (Beatrice Dalle) who wants her baby and will go to any lengths to get it.

Now, Screen Daily reports that an impressive creative team is working on a remake. [REC] co-writer and co-director Jaume Balaguero (who also made the superb Sleep Tight) and Manu Diez (writer of [REC] 2 and 4) are writing the film for acclaimed director Miguel Ángel Vivas (Kidnapped, Extinction).

Tim Halsam from Embankment Films said “We zeroed in on the theme of heightened jeopardy centered on two warring female protagonists – Miguel Angel’s reference to an elevated The Hand That Rocks The Cradle kept coming back to us. Jaume had this great idea for the remake and, with Manu, they’ve reimagined the original film as a very classy and tense thriller.

“With two great female characters fighting to be a mother, Miguel Ángel brings his distinct vision, setting up the film as a tense, sustained set piece that will keep audiences on the edge of their seats, for sure.”

We’re huge fans of the original movie, but we’re definitely interested to see what this team comes up with. Inside is such a breathless, berserk, blood-soaked experience, could a version that relied on more classy tension (as opposed to a lot of stabbings with a big pair of scissors) work? Meanwhile, Maury and Bustillo are working on the Texas Chainsaw Massacre prequel Leatherface, which will be out next year.

Bloody Disgusting has this teaser poster for you to look at. 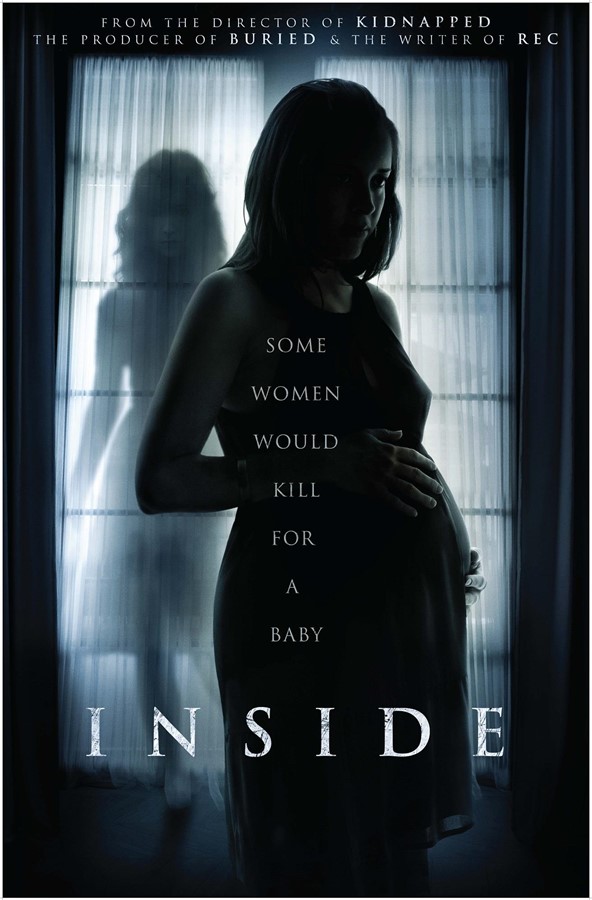 You can buy Inside on DVD for £7.99 at Amazon.co.uk. Keep up with the latest horror news with the new issue of SciFiNow.