A few days ago we heard that the Deadpool movie would feature Russian metal-man mutant Colossus, and we kind of assumed that X-Men franchise regular Daniel Cudmore would return to the character.

Well, those assumptions were wrong. The actor himself broke the news, tweeting that he would not be starring as Piotr Rasputin in the upcoming X-Men spin-off. 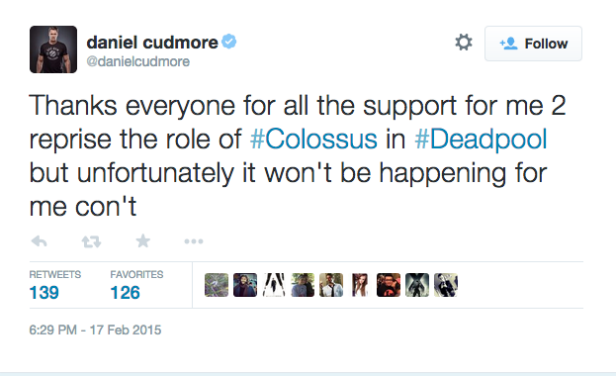 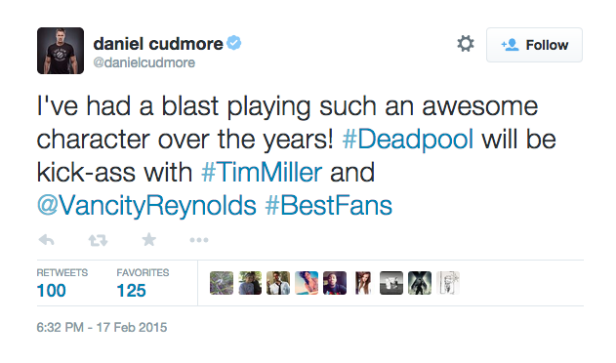 Gina Carano and TJ Miller are the only confirmed cast members in Deadpool so far alongside Reynolds, the former playing Morlock Angel Dust and the latter playing an unnamed comic relief role.