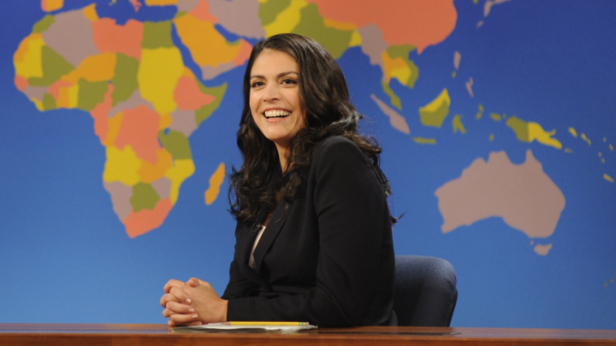 Whatever your opinion on the Ghostbusters reboot is, it’s shaping out to be HILARIOUS as another Saturday Night Live star has been added to the cast. Cecily Strong will be joining Kristen Wiig, Leslie Jones, Kate McKinnon and Melissa McCarthy for Paul Feig’s ghostbusting romp.

According to Film Divider, Feig and screenwriter Katie Dippold have written a key supporting role for Strong, and it’s “one of the biggest non-Ghostbuster parts aside from the villain. She’s an authority figure who liaises with our heroines, privately backing their activities and acknowledging their legitimacy, but publicly denouncing the group to the media in order to avoid panic amongst the wider populous.”

Melissa McCarthy now remains the only new Ghostbusters cast member not to have been a star of Saturday Night Live at some point, but she has hosted it three times to three Emmy nominations so, obviously, she’s more than qualified.