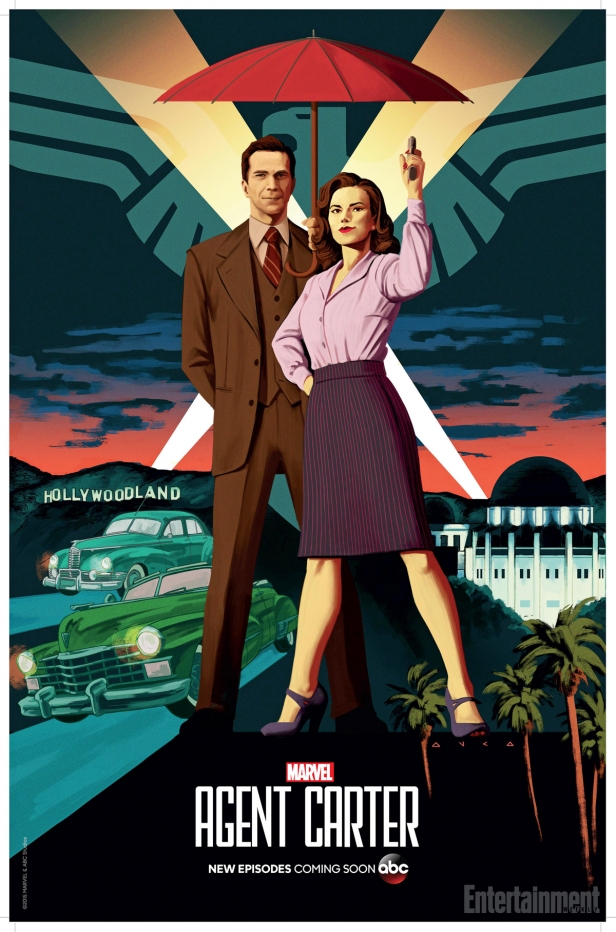 A new art poster for Agent Carter Season 2’s Comic-Con panel has arrived, and it is fabulous. The poster teases the new Hollywood setting and adds a touch of movie glamour.

In an interview with EW, executive producer Michele Fazekas said: “There’s a case that goes beyond what the LAPD or normal local police would be able to handle that falls into their purview. In Los Angeles, you have the spectacular wealth, glamour and beauty right next to the grit and crime—often right up against each other. We’re very much being inspired by Noir films.

“We have a nice organic way to infuse Jarvis. That was always the challenge. He’s not an agent. The case for the first season is over, so the biggest question for us this season was: We love Peggy and Jarvis together, that’s a really important relationship, how do we keep them together? LA has provided us a really nice, organic way to do so.”

Agent Carter premieres in the UK on 12 July at 9pm on FOX. Read more about the series in the new issue of SciFiNow.