Nicolas Pesce’s deeply unsettling horror The Eyes Of My Mother is released in UK cinemas on Friday 24 March and genre fans are in for a treat. It’s a beautifully made black and white psychological chiller about a young woman named Francisca (the superb Kika Magalhaes) who witnesses a terrible act of violence as a child. This trauma sets her on the path towards a life that is…unusual, and disturbing, as she tries to find connection in her own destructive way.

It’s an oddly sensitive character study that sends shivers down your spine, and it manages to shock while showing very little. We talked to Pesce about his debut film, tricking audiences and drawing inspiration from classics like The Night Of The Hunter.

How did this film first come about?

I’ve always been in love with Gothic American horror films from the 50s and 60s, all the Vincent Price and William Castle movies, Bette Davis, Joan Crawford, all that stuff. And part of it started off as a love letter to the movies that I love, but also I wanted to explore a character that was particularly dark and ask the audience to be with her and sympathise with her no matter how dark she may be. To ask the audience to put themselves into the shoes of someone who they wouldn’t necessarily want to spend a whole lot of time with.

Was that a difficult balance to reach?

Yeah, I think it was a constant dance of making her feel real and grounded but also odd and different. In such a stylised world, finding a reality in her and something that you can connect with. To me the movie is all about loneliness and no matter how much violence is in the film and how stylised it is, it’s really a film about loneliness and finding those real emotions that we can all connect to, to make her more sympathetic.

At what point did you settle on the black and white?

From very, very early on. I knew that the sort of film that it was and what I was paying homage to, all those films were in black and white. But I also wanted it to be an expression of how she sees the world, and not necessarily that she sees it in black and white because she definitely doesn’t, but the world is void of colour and warmth and the black and white felt colder and it allowed me to be more expressionistic with the look of the film, to emphasise more of her psychology with something as specific as the look.

It is a beautiful film!

I think that a lot of the film is about the juxtaposition of beauty and violence. And taking something that is traditionally disturbing but painting it with an elegance that hopefully makes you feel weird about how you feel about it, and kind of upending your expectations about how you should feel while witnessing something like that.

Had you always conceived it as a slow-burning story?

It’s interesting that people describe it as shocking and gory but there’s very little of that on screen!

I think that that’s sort of the fun of it all for me, is seeing where and when you can push buttons and how hard you can push. For instance, the scene when she brings the girl home from the bar, there’s the moment where you’re like “I really hope that she just finds someone who she likes!”

But ultimately delivering something that is unexpected both storywise and filmmaking wise. The only thing that’s on screen is the stitching when she stitches his wounds at the beginning of the film and everything else is off camera. And so to me, it was about doing the most gruesome thing possible as subtly as possible and as quietly as possible and letting the audience do the work to scare themselves.

The movie is way less aggressive than people think it is and I think that’s awesome. The best compliment I get is when people come out of the theatre and they’re like “Why did you show him getting stabbed so many times?” And I didn’t! That’s fun.

What was the process of finding Kika Magalhaes for the role of Francisca?

Well, Kika actually existed before the movie did in its entirety, in that I’d worked with her on a music video and thought that there was a sort of quality to her that was otherworldly and different and unique. What you see on screen, from the way she walks and holds herself and her facial mannerisms, that’s all her.

In real life she’s quite happy and jokes around a lot and is not nearly as dark, but the nuances of her personality and her physicality were really captivating to me and very early on in the construction of this whole movie, I knew that I was writing it for her and trying to incorporate all this stuff into it. She was very much integral in the discussions throughout writing the script. Having an actual person sitting there to talk about “Would someone do this?” was very helpful.

Was it ever difficult to find collaborators who got the specific tone and look of the film?

Well, I was fortunate in that I went to film school and I directed music videos for years, so when I finally got the opportunity to make the film, I already had a crew that had worked with me so many times, we all had a shorthand and everyone understand the dark but stylised world that we were getting into. I had support and protection from my producers who knew that I had a very specific vision in my head and they did everything they could to help me make that real.

Were there any specific influences?

Yeah, it’s Night Of The Hunter and Straightjacket and Whatever Happened To Baby Jane, Psycho and all these sort of stark black and white family dramas that take a particularly dark turn, and Night Of The Hunter especially. Even just the story of eyes is really Night Of The Hunter, as the kids end up keeping Ray Milland in the house. I think that the vibe and the atmosphere but also the way in which those stories were told feel so elegant to me and a more interesting way of handling genre. 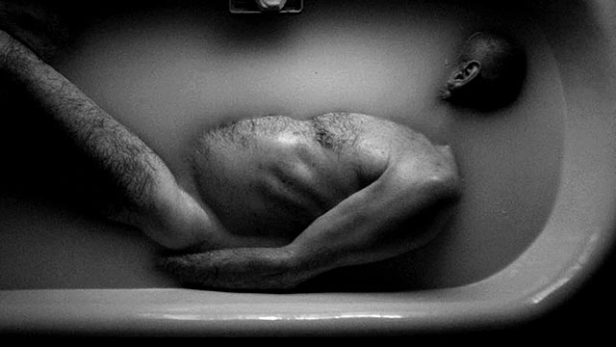 What do you have coming up next?

The next one is sort of Basic Instinct/Fatal Attraction psychosexual thriller but it’s still a bit horror-y and it still has murder and a lot of similar themes. It will be a different look and vibe but is still genre-y and dark.

I’ve been pretty surprised that people are with the movie and they understand what I’m trying to do. I made the movie for a very specific audience and for everyone who’s seen it, if it’s not your type of movie, you usually walk out of the theatre, and the people who stick around to the end are like “Oh my god this is made for me!”

I think that I’m a very particular type of genre fan and I think that there are a lot more people who are like me, and I made a movie that I would like and now people like me are liking it too, and that makes me happy!

The Eyes Of My Mother is released in UK cinemas on 24 March. Read our review here and keep up with the latest genre news with the new issue of SciFiNow.