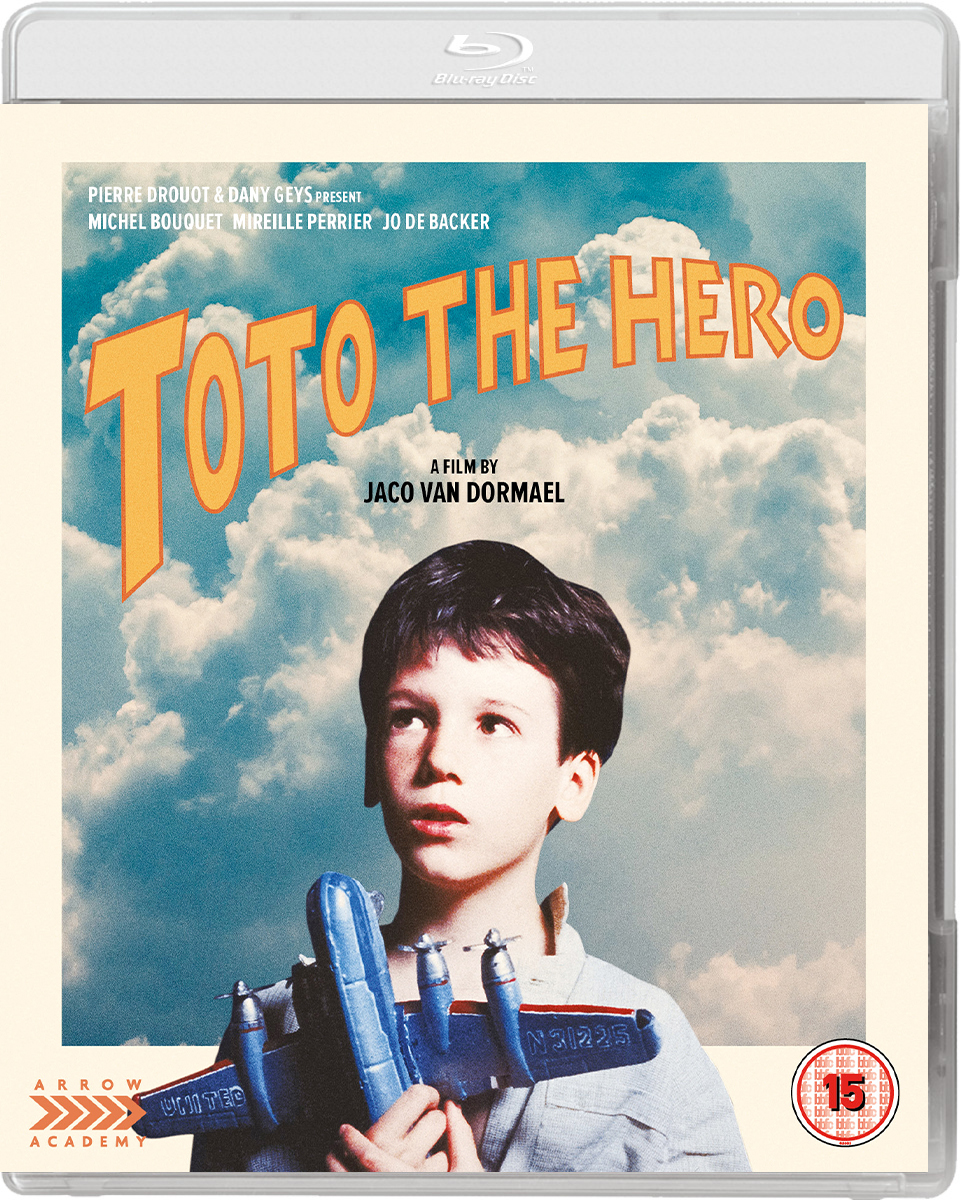 Toto The Hero follows the journey of 80-year-old Thomas, who recounts his childhood and middle age through a series of flashbacks and dream sequences. Thomas believes he’s been taken away from a better life at birth; following a hospital fire, he vividly recalls being swapped with another new-born, and subsequently grows up in a poorer neighbouring household.

To cope with his bitterness, he channels his feelings of envy and jealousy into an imaginary secret agent character of himself, ‘Toto the Hero’ who’s key motivation is to get revenge on Alfred, the man that Thomas feels lived the life he should have had.

The three separate timelines on which the stories are told are woven together seamlessly, with some wonderful cinematography and an uplifting, memorable soundtrack to go along with it. Once getting into the full swing of the original concept of piecing the narrative together in such a non-linear fashion (carrying reminiscent elements of classics like Brazil and Amelie) you can’t help but feel the emotional punches as they land, with everything truly coming full circle as the credits roll.

In his directional debut, Jaco Vam Dormael delivered this Belgian hidden gem back in 1991 and this new Blu-ray edition comes with plenty of extras including a chat with comic book artist Francois Schuiten who discusses his involvement in the film as its concept artist.

Toto the Hero is an original, fantastical and occasionally heart-warming tale of resentment, love and regret that deserves a place on anyone’s watchlist.