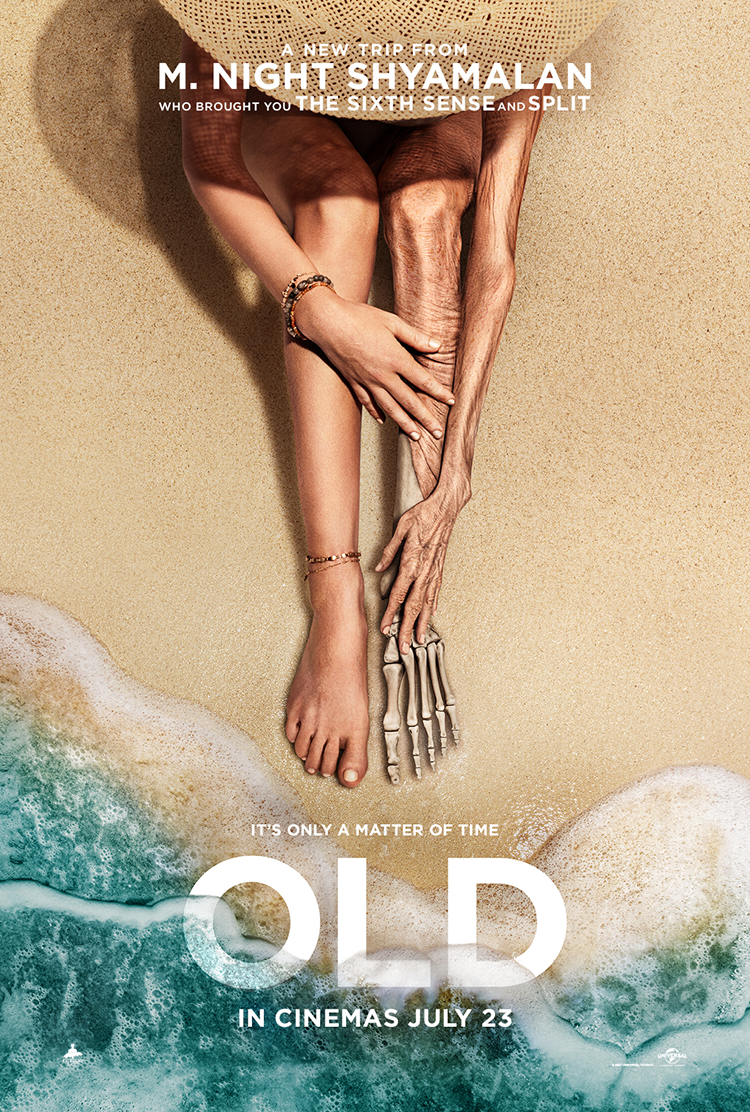 A group of families, couples and solo holidaymakers vacationing at a tropical resort are tipped off by hotel staff to a secluded, supposedly beautiful cove. Dropped off there, they enjoy luxuriating at the spot, until a washed-up body causes alarm. And further dread comes upon noticing that the children present have had giant growth spurts; a six-year-old has become 11 within only a few hours. Everyone present is rapidly ageing, but they can’t escape due to other apparent magic at the isolated beach.

Although Shyamalan and his cast have said, in pre-release interviews, that Old isn’t a horror movie, the story’s potent with these frightening ideas about ageing, both physically and mentally, beyond what you’re necessarily prepared for, alongside loved ones disappearing from your life so abruptly. It may not fit a more traditional horror narrative where characters are pursued by a tangible threat (even the Final Destination series arguably gives Death a face through characters’ premonitions), but the resulting atmosphere from the scenario and its escalation is one of pure nerve-shredding terror.

Once it really gets going, the film is disorienting from minute to minute. Much of that quality comes from the body horror elements, which shift from extreme set-pieces – what happens to a tumour in a quickly ageing host? – to more subtly disturbing little moments: no spoilers, but one of the latter simply involves ‘bone dust’, for lack of a better term.

Then comes the ending, where some deflation occurs. It’s not that the inevitable explanation is unsatisfying, but rather the execution of trying to wrap up every tiny detail all too neatly. Old is more satisfying when favouring a somewhat abstract approach.

Old is in cinemas from July 23.