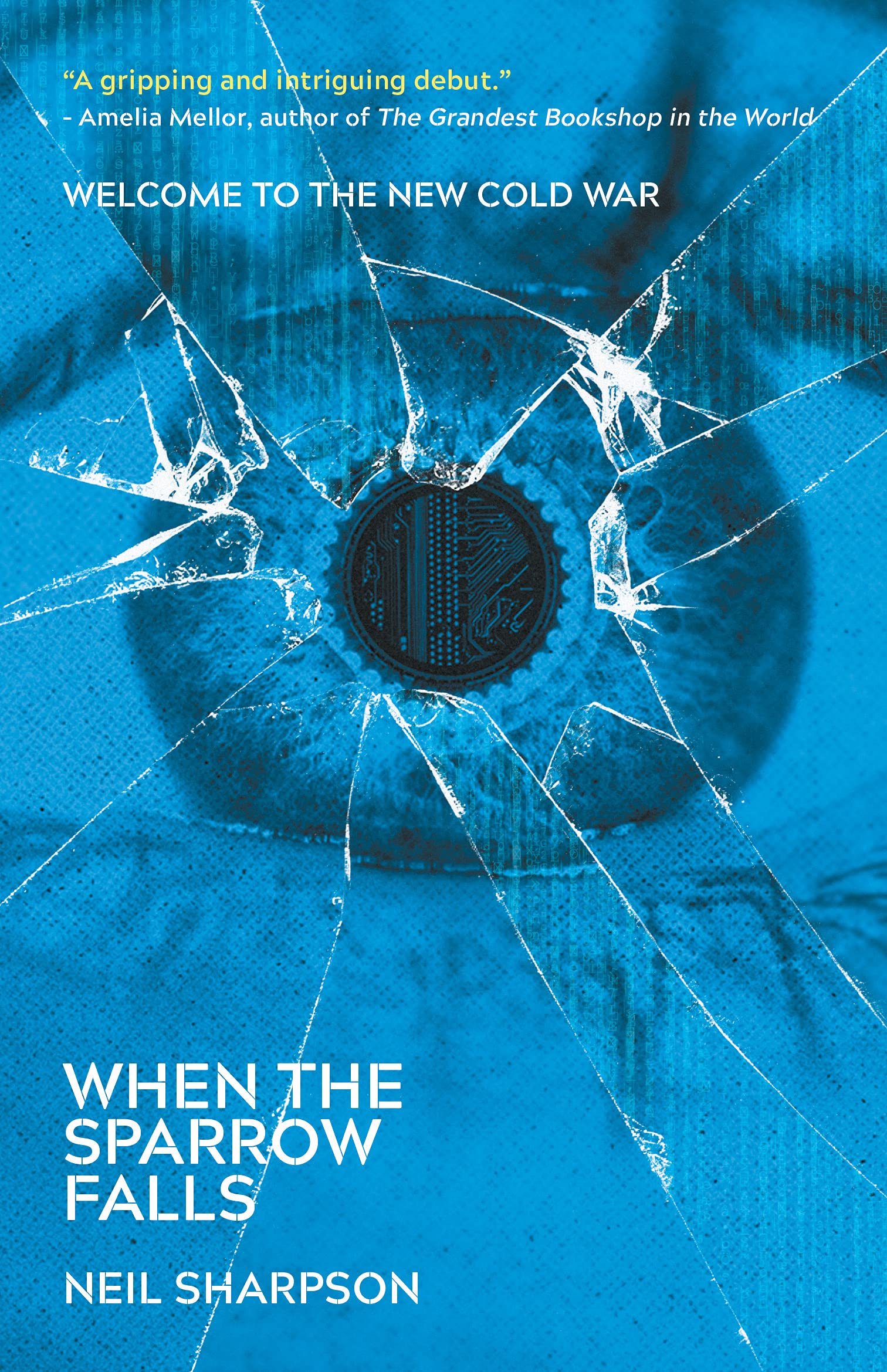 When the first state-sponsored artificial intelligence comes online, the great economic powerhouses of the world are suddenly thrown into a brand new kind of space race. Quickly, empires with this new technology find themselves eclipsing those without it, with their sentient AIs leading them to develop their economy and technology exponentially.

As the world falls in love with the fruits of AI’s labours, those with philosophical or ethical aversions to the machines start fleeing to places that aren’t reliant on them, only to become trapped in states crumbling from socio-economic ruin, their arguments lost in the excitement and practicality of the new technology. And when humanity learns how to transcend their own consciousness into the digital realm, the moral divide between the countries becomes a chasm.

Set in the future fictional single-party state of the Caspian Republic, When The Sparrow Falls follows Security Agent, Nikolai South, as an under-the-radar, unremarkably competent policeman investigating the mysterious death of two sisters.

When it transpires that the death of a prominent pro-party journalist might be related to South’s case, the head of state security decides that South should act as a chaperone for the foreign state visitor arriving to identify the remains of her late journalist husband, concluding that South’s overt averageness will make him the perfect loyal scapegoat should anything go wrong…

Unsurprisingly the state visit does not go to plan and South finds himself pulled deeper into a mystery that leaves him questioning his loyalty to his country and wrestling with his own conscience.

Dystopian futures are heavily reliant on world-building to act as a foundation for the characters’ actions, and author Neil Sharpson’s creation of the Caspian Republic elevates When The Sparrow Falls from what could have been a meandering Cold War-esque thriller to a gripping and unsettling work of science fiction.

By using the backdrop of a totalitarian state, Sharpson has crafted a thoughtful exploration, from a unique perspective, of the ethics of the existence of AI and what it means to be human. This is all then smartly packaged into a well-paced, intriguing crime/spy drama that taps into the rational fears humanity has around AI and keeps you guessing just long enough to let you savour the moment all the pieces fall into place.

Sharpson’s arresting debut is positively rife with paranoid energy that permeates every page. The main characters have an affable and tortured humanity to them that belies their circumstances, such that they wouldn’t be out of place if you saw them in Casablanca. South is recognisable as the noble everyman detective, with a convenient backstory that never feels overly disingenuous or contrived. The plot itself has an uncomfortable realism that leaves you trying to recall half-forgotten tales of Cold War espionage and corruption.

When The Sparrow Falls by Neil Sharpson is out now from Rebellion.

The Home review: Take care of the elderly
< Previous
Next >