Robin Hobb’s Realm Of The Elderlings series is an epic fantasy saga that comprises four trilogies and a quartet, and completed with a novella and some short stories. It’s a much-beloved fantasy classic that has taken readers on an immersive and exhilarating journey over the past 25 years.

The series begins with the tale of FitzChivalry in The Farseer Trilogy. Set in the Six Duchies and the Mountain Kingdom, the first trilogy comprises Assassin’s Apprentice, Royal Assassin and Assassin’s Quest. After being born a bastard, Fitz begins his life as a lonely outcast, only finding companionship with animals using the old art of Wit (a magical link with animals).

However, he soon takes an oath to serve the king and moves into the castle to become an assassin for the Royal Farseer Family. This move means he has to take on a new courtly life full of scribing and weaponry and giving up his old ways.

Meanwhile, Fitz’s uncle, Prince Verity, is attempting to wage war on the Red-Ship Raiders who are attacking the shores of the kingdom by turning its citizens into the zombie-liked and emotionless ‘Forged’ ones. Full of fantasy and adventure, the original trilogy is the perfect introduction to Hobb’s fascinating world of magic and dragons.

Told from Fitz’s point of view, The Farseer Trilogy (and indeed the whole series) is based around powerful characterisation, and this new edition from The Folio Society perfectly matches that sense of the personal, as it’s clearly been created by fans of the series for fans of the series.

Whether you’ve spent many years adventuring through the Realm Of The Elderlings or you’re new to the series, delving into The Folio Society’s trilogy is a unique experience as soon as you see how beautifully bound it is in blocked cloth and held together in a rich red slipcase. You may have read the trilogy a dozen times but each page turn is a new experience in this new edition, be it through the numerous gorgeous illustrations, or even small details such the black and red print throughout and the carefully chosen fonts that have the power to transport you straight into Hobb’s world.

The Royal Farseer Family rules over the Six Duchies of Bearns, Buck, Rippon, Shoaks, Tilth and Farrow and a beautiful map of The Six Duchies (redrawn by Neil Gower) is included in all three books. It’s the little details like the flecks of colour included in the map for each of the six duchies just elevates the whole feel of the books. 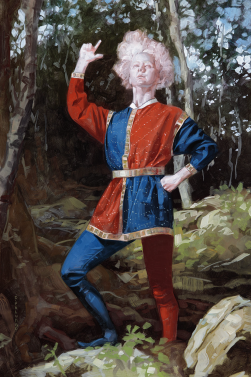 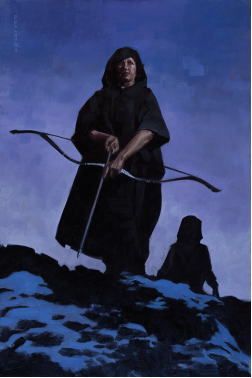 As with all of The Folio Society editions, this set also includes original illustrations (in this case, from award-winning fantasy artist David Palumbo), depicting both characters and landscapes in perfect alignment with the world (a couple of which you can see above).

This edition also comes with a brand new and personal introduction from Hobb, where she recalls the small nugget of an idea that birthed a new world. She also describes hearing the voice Fitz for the first time and their subsequent 20 year friendship.

If you’re a fan of Robin Hobb or even a fan of fantasy in general, The Folio Society’s edition The Farseer Trilogy is the perfect accompaniment to whisk you away and immerse you into another world.

The Folio Society edition of Robin Hobb’s The Farseer Trilogy, with new introduction by the author and illustrations by David Palumbo, is available exclusively from www.FolioSociety.com

The Folio Society to release A Game Of Thrones illustrated editions

A Clash Of Kings: New illustrated release from The Folio Society

Rendezvous With Rama: Out of this world edition released