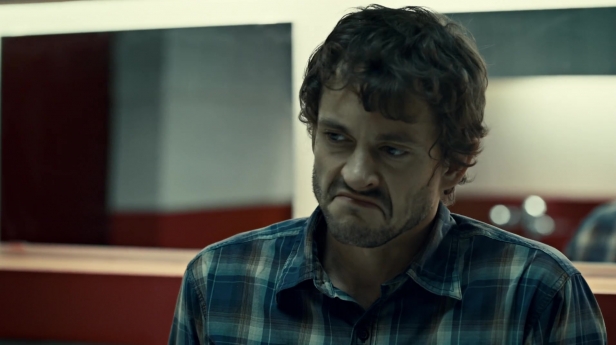 Hannibal Season 3 is finally on the horizon and, from the look of the trailers, it’s going to be INSANE. If you’ve forgotten what’s happened so far, or just want to relive the cannibalistic magic for the eightieth time, take a look at our guide to Hannibal Season 1, as told by the craziest and most shocking WTF moments.

Hannibal tips off the random killer. How mysterious.

The random killer (a.k.a. Garret Jacob Hobbs, a.k.a. the Minnesota Shrike) murders his wife and slits his daughter Abigail’s throat and Will shoots him several times in the chest, what the hell?

The FBI investigates a guy who buries people and uses them as mushroom fertiliser, and ONE OF THEM GRABS WILL’S ARM, HOLY SHIT THEY’RE ALIVE. 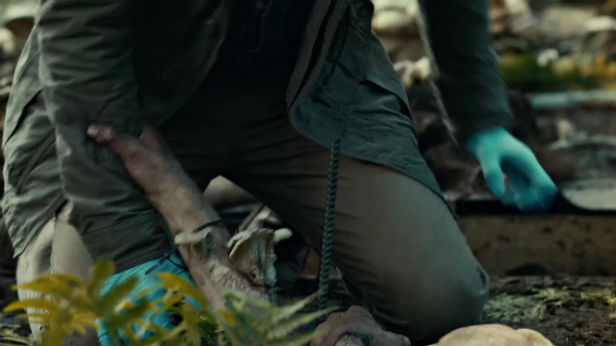 Will shoots the mushroom farmer in the arm. He also admits to Hannibal that he actually sorta kinda liked killing Garret Jacob Hobbs because it felt ‘right’. For god’s sake, Will.

Abigail finds her friend Marissa impaled on some antlers in her late dad’s killing shack. 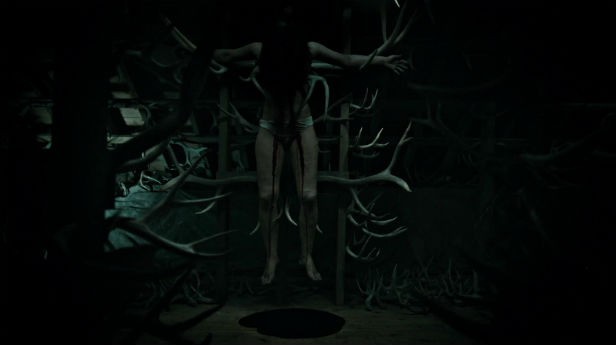 Abigail has a cry and then finds some human hair in her sofa cushions.

Abigail goes and “ACCIDENTALLY” GUTS A MAN on her way out of the house, and Hannibal helps her cover it up.

Abigail is having the worst day. 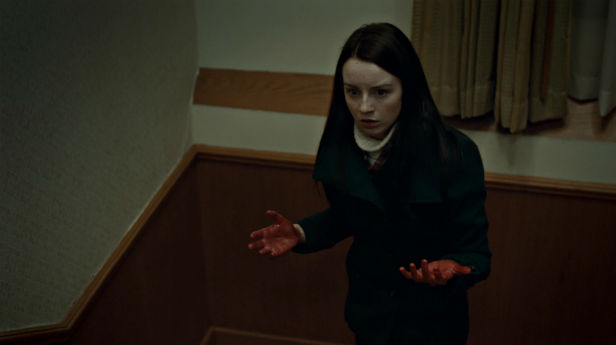 “He should have hopped faster…” 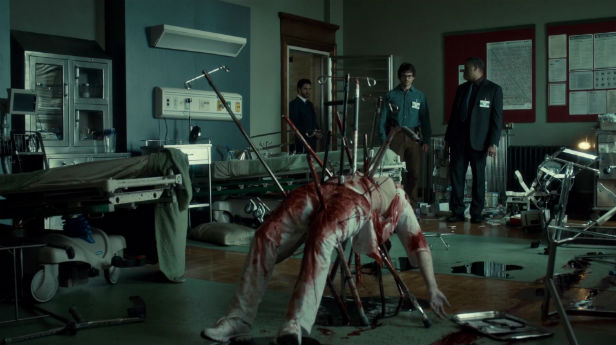 The FBI visits an abandoned observatory and finds Jack’s old protégé Miriam Lass’s DISEMBODIED ARM, WHAT THE HELL IS HAPPENING?

In a flashback, Miriam Lass finds a sketch of the Wound Man in Hannibal’s office and realises that HE IS THE SHITTING CHESAPEAKE RIPPER. In the present day, Hannibal giggles into his wineglass. 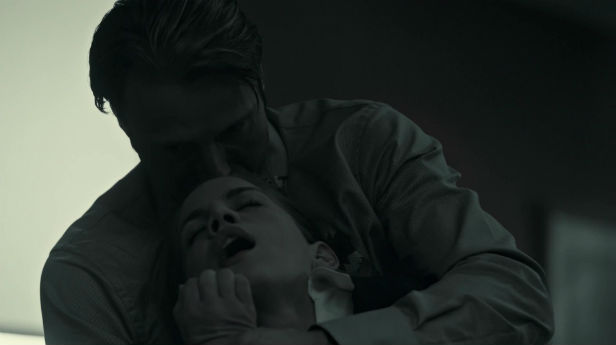 A medical examiner is rude to Hannibal so he KILLS HIM AND EATS HIS HEART. BAD HANNIBAL.

THIS THING. THIS THING HAPPENS AND IT IS THE WORST

Tobias the Cello Killer Man and Will have a full on fight in Tobias’ musical death chamber. 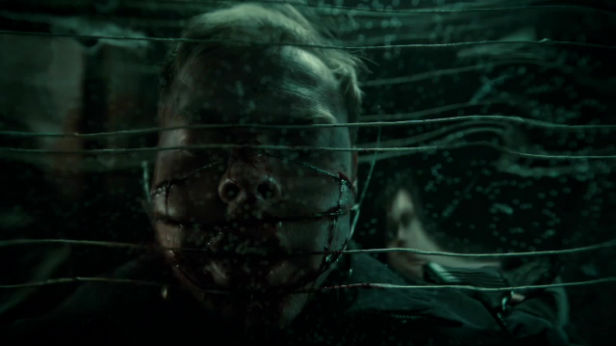 A TOTEM POLE OF HUMAN CORPSES, WHAT MORE DO YOU WANT?

Will starts hallucinating and shit? He keeps turning up in weird places? What on earth is going on?

It turns out that ABIGAIL KNEW WHAT HER PAPA WAS UP TO THE WHOLE TIME. SHE ACTUALLY PICKED OUT THE VICTIMS HERSELF. SHE BEFRIENDED THEM AND THEN STABBED THEM IN THE BACK. What a lunatic.

This girl called Beth LeBeau is hanging out in her bedroom, minding her own business, then suddenly A HAND POPS OUT AND DRAGS HER UNDER HER BED. WTF BETH? WTF?

Uh-oh! It turns out Will has an advanced form of encephalitis, which is why he’s been hallucinating and having blackouts. But his “BFF” Dr Hannibal Lecter tells Dr Sutcliffe to keep it a “secret” so he can keep “analyzing him”. Sure pal, sure. 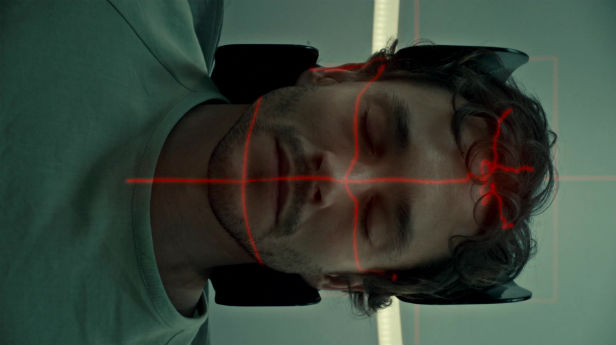 Will goes back to the crime scene and bumps into the killer, who turns out to be a girl called Georgia Madchen suffering from Cotard’s syndrome. She tries to run away and Will ACCIDENTALLY PULLS OFF HER ARM SKIN. HOW DOES THAT EVEN HAPPEN? Only Will, amirite?  Anyway, they become pals and she gets put in hospital.

HANNIBAL KILLS DR SUTCLIFFE IN HIS MESSED UP FANCY PLASTIC SUIT ALL NATURAL LIKE, AND BLAMES IT ON GEORGIA BECAUSE SHE CAN’T SEE HIS FACE, WHAT AN UTTER BASTARD

Dr Abel Gideon escapes from custody (by breaking his thumbs, ew) and gets creative with Colombian neckties.

As if that wasn’t gross enough, he then STARTS TAKING OUT CHILTON’S ORGANS AND TRIES TO GET FREDDIE LOUNDS TO BE HIS SURGERY BITCH 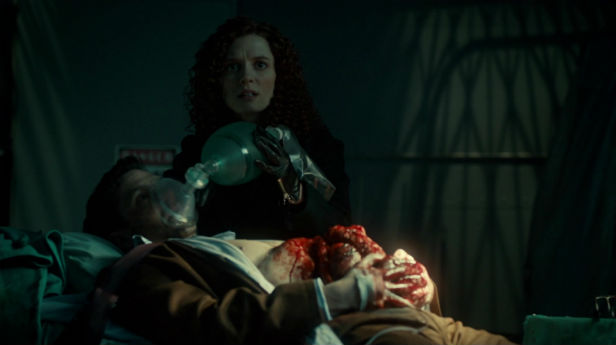 Will takes Gideon to Hannibal’s house and has a full-on seizure in front of them both, how embarrassing for him, but Hannibal pranks him and pretends like he hallucinated it all, so sneaky.

Will shoots Gideon outside Alana’s house. SERIOUSLY, Will? What is up with all this shooting? Will then is hospitalized. Shit.

Georgia Madchen is BURNT ALIVE IN A HYPERBARIC CHAMBER, HOLY MOTHER OF COMBS 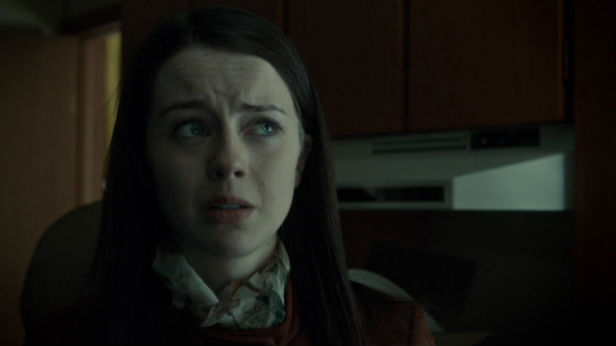 Will coughs up Abigail Hobbs’ ear. Her EAR. HE COUGHS IT UP

Will is arrested for Abigail Hobbs’ probable murder, UH-OH.

The police analyse Will’s fishing lures and find HUMAN REMAINS THAT MATCH THE VICTIMS OF THE CHESAPEAKE RIPPER. WHY IS THIS HAPPENING?

WILL ESCAPES CUSTODY AND REALIZES THAT HANNIBAL TIPPED OFF THE MINNESOTA SHRIKE, OH GOD NO

JACK SHOOTS WILL AND WILL IS ARRESTED AGAIN. PLEASE BRYAN, MAKE IT STOP

Hannibal waltzes into the hospital to a bad bitch soundtrack and looks at the man he has framed. The pain is eternal. 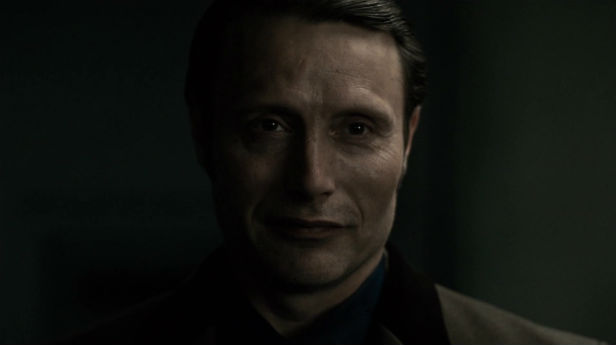 Hannibal Season 3 starts on 4 June on NBC in the US and on 10 June on Sky Living HD in the UK. Get an exclusive behind-the-scenes look at the series with the latest issue of SciFiNow.