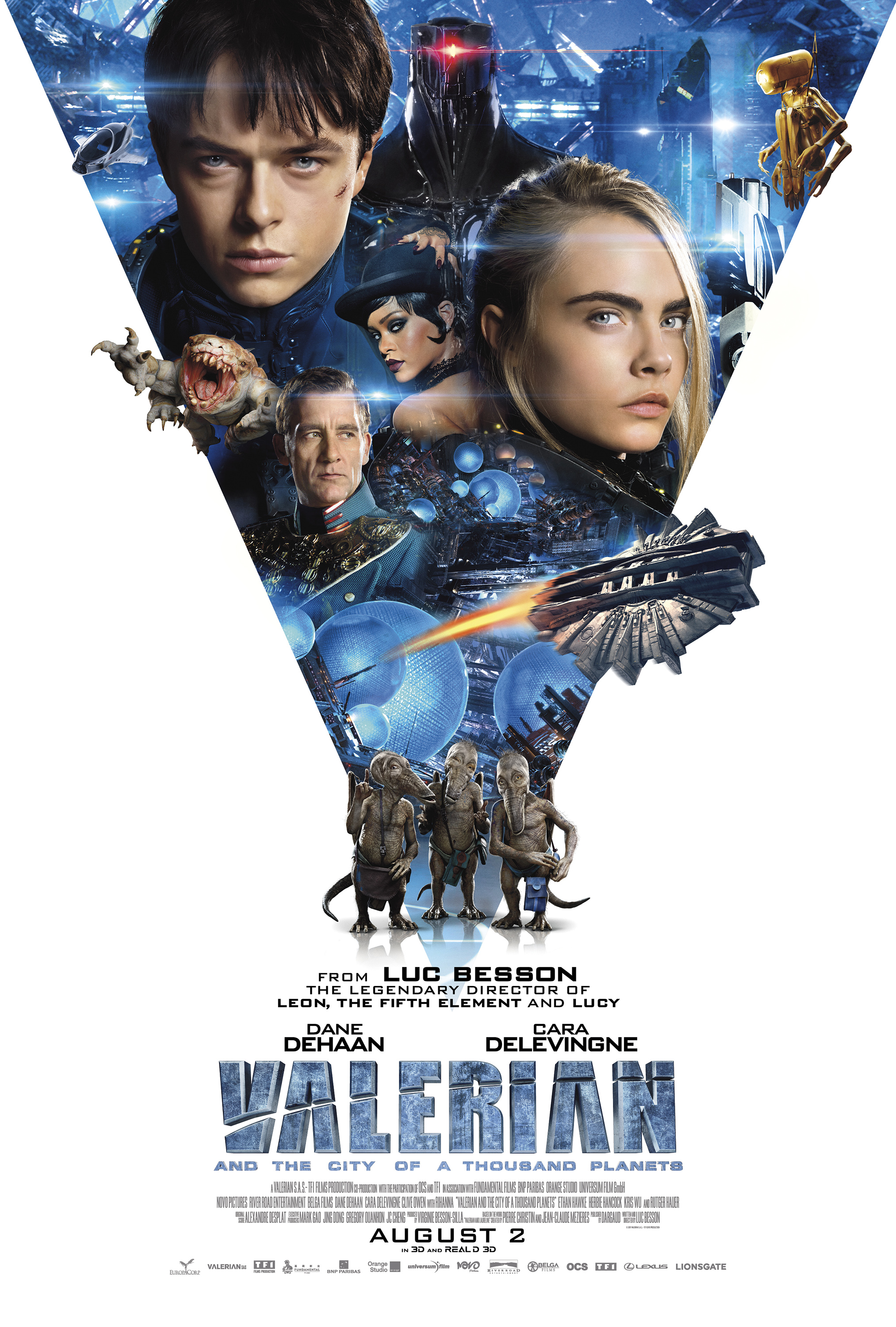 Rihanna shines bright like a diamond in Luc Besson’s gorgeous yet bloated space opera. In her small role as Bubble, a shape-shifting illegal alien forced to dance at a club owned by Jolly the Pimp (Ethan Hawke), she appears dressed like Liza Minnelli in Cabaret and steals the show like Jessica in Who Framed Roger Rabbit?

Unfortunately, Dane DeHaan doesn’t have the same charisma as Bob Hoskins from the aforementioned film in the lead role of Major Valerian. His delivery of flirty banter when communicating with his partner, Sergeant Laureline (Cara Delevingne) is thoroughly creepy. However, he does have lots of fun speeding through intricately designed worlds on his mission to save fellow military man Commander Arun Filitt (played by Clive Owen, who bowls right in like he owns the joint).

The opening sequence is jaw-droppingly beautiful as it sweeps across time, introducing multiple striking species who greet each other to the soundtrack of David Bowie’s ‘Space Oddity’.

This stunning spectacle continues as Besson guides the viewer through a candy coloured paradise where a race of sophisticated aliens live in harmony with nature, and an exhilarating chase through a giant market brings to mind the detailed workmanship of Terry Gilliam and Guillermo del Toro. It’s heart-in-your-mouth stuff watching Valerian escape from evil bandits and to see a peaceful planet and its inhabitants decimated in the blink of an eye.

Sadly, that energy fades as the movie continues with only occasional bursts of joyful invention popping up to keep you engaged. Cheeky creatures such as Doghan Dagius, a three-bodied entity who resembles Station from Bill & Ted’s Bogus Journey and Melo, an adorable pocket-sized animal who can replicate whatever organic matter it digests manifold, are all crafted with flair as are the costumes and snazzy uniforms.

Besson excels at driving home his message of the importance of unity while all appears to be crumbling around with a childlike enthusiasm that matches the giddy aesthetic. It’s just a shame the surrounding story doesn’t keep up with his vision.