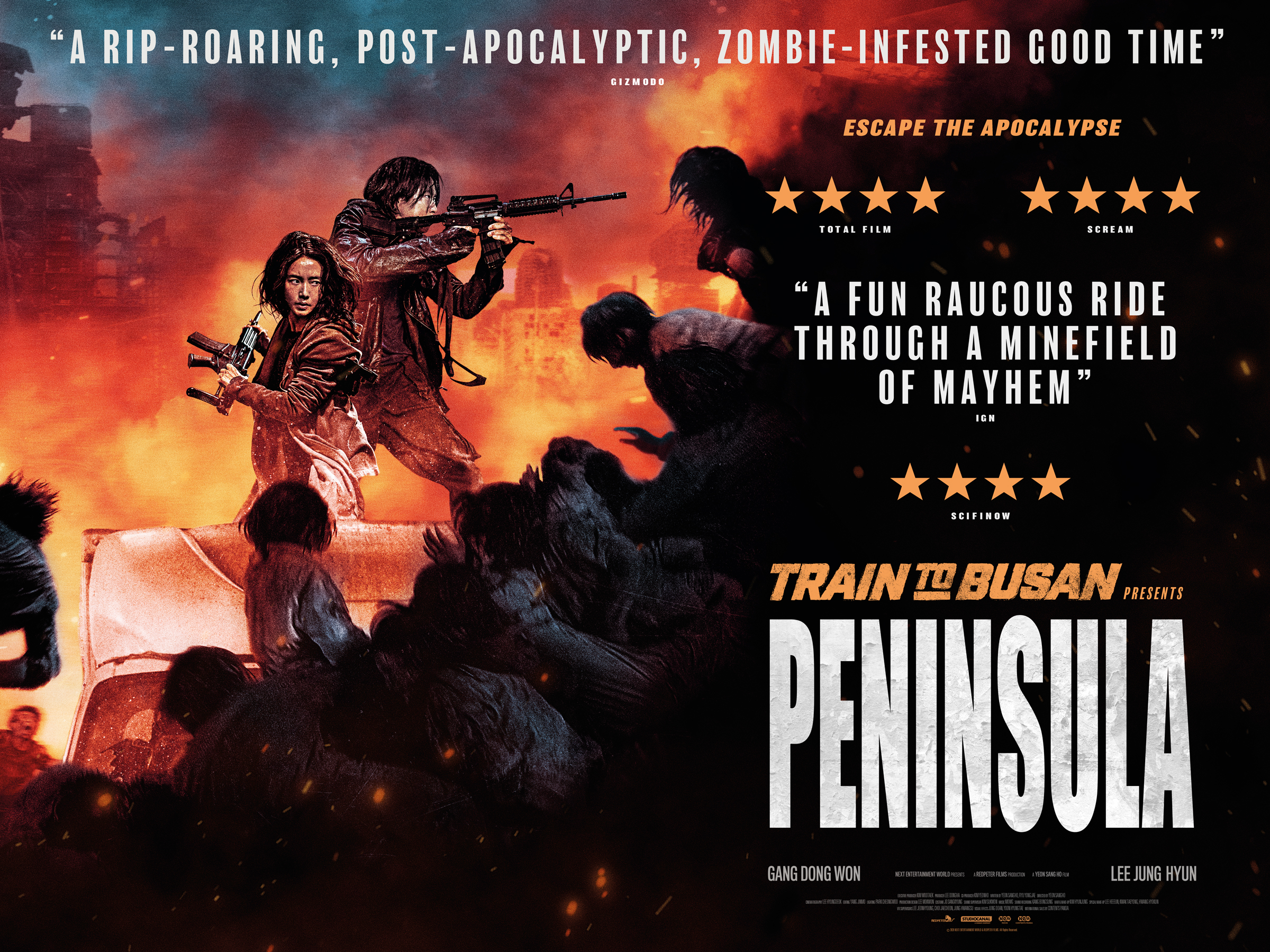 For more quick-moving zombies who like to pile on top of each other, watch Marc Forster's 2013 horror.

Back in 2016, Yeon Sang-ho released his claustrophobic horror hit Train To Busan. Full of quick-moving zombies with almost acrobatic-like abilities, along with a funny and emotional script and impressive visuals, Train To Busan propelled Yeon Sang-ho and South Koran horror into the minds and hearts of audiences.

Now, Yeon Sang-ho is back with his Train To Busan sequel, Peninsula. Taking place four years after the initial zombie breakout, South Korea is in complete lockdown, quarantined from the rest of the world. Those who were lucky enough to escape the outbreak now live as refugees with little hope of asylum or ever getting back. That is until four Koreans living rough in Hong Kong are recruited to return to the port of Incheon in order to heist an abandoned truck filled with 20 million US dollars.

Telling the story of Jung Seok (Gang Dong-Won) as he first escapes the outbreak and then his terrifying return to the country where he lost everything, Peninsula follows more heist movie tropes than the horror movie touchpoints as seen in Busan. Like all good heist movies, the fun is in the escape as when (surprise surprise) it all goes to hell, Jung Seok finds himself teaming up with an unlikely band of survivors to battle his way out of a Mad Max-ian dystopian future replete with its own version of the Thunderdome.

However, very much like Busan, the zombies here are fast and flexible, folding themselves in halves and launching off of buildings to get to the survivors. One particular scene where a building is literally bursting at the seams with bodies adds an urgent tension to keep the viewer engrossed.

While most of the action set pieces are stunning, the CGI bolstered car chases could pull audiences out of the action. When a movie has such a Mad Max aesthetic, you may feel a little cheated that you won’t get the real-life Fury Road-style car chases, but what you do get is The Italian Job style creativity and fun.

For Peninsula, Busan has been expanded to create an action zombie movie; full of the drama, emotion, energy and scares you would expect from the combination, truly cementing Yeon Sang-ho as the king of K-zom.

Train To Busan Presents: Peninsula will be having special previews this Halloween before its general release on 6 November and will be available to own from 30 November. Find your nearest cinema showing the film here