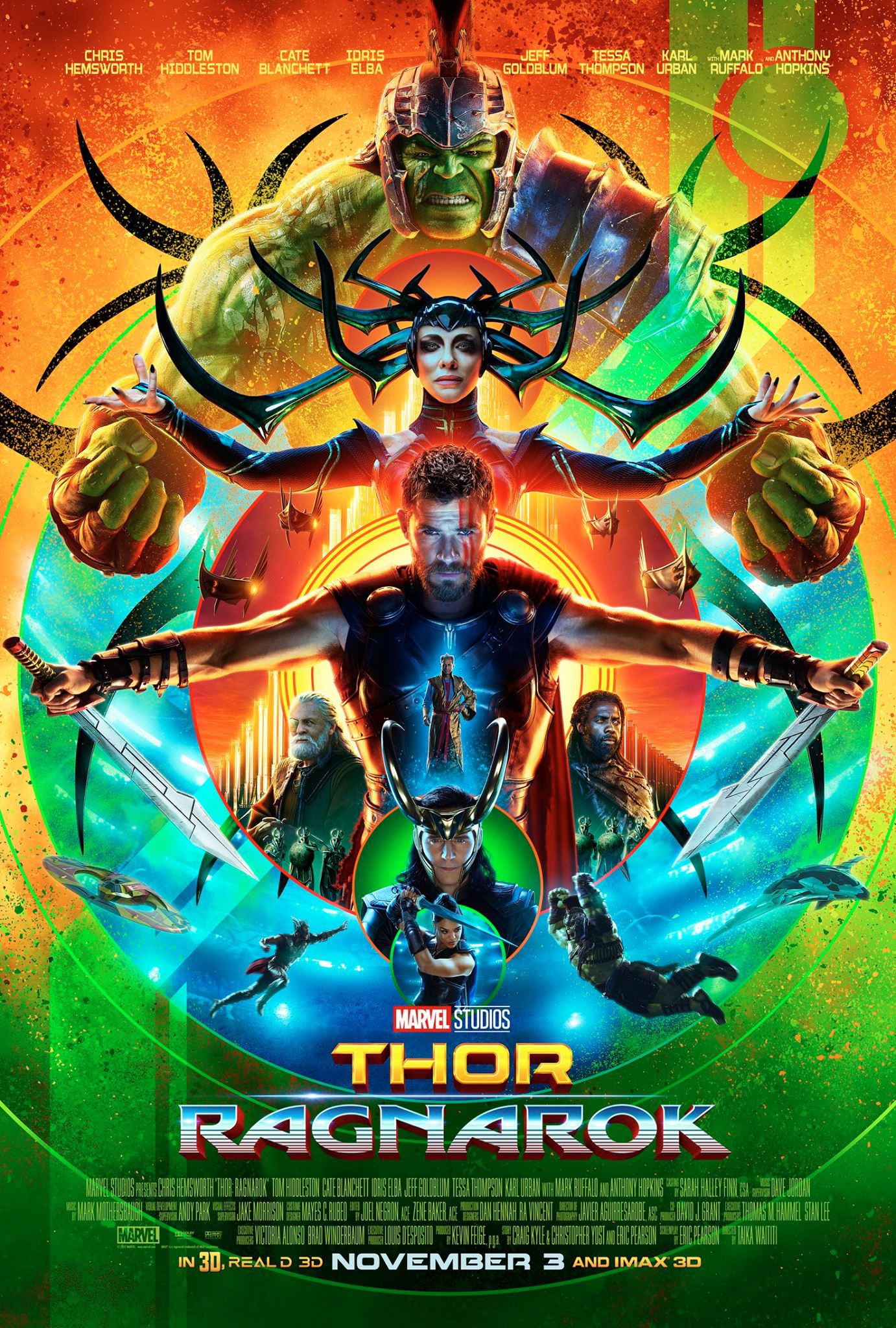 A football player goes on a wild intergalactic adventure to battle with a merciless leader.

Led Zeppelin’s ‘Immigrant Song’ provides a rousing anthem for Taika Waititi’s irreverent, fun and wildly entertaining superhero film. Waititi is best known for his offbeat independent comedies such as What We Do In The Shadows and Hunt For The Wilderpeople and he ably transfers his brand of idiosyncratic humour with relish to the seventeenth entry in the Marvel franchise. The action is scattered between the God of Thunder making new acquaintances and battling old colleagues on his quest to save Asgard from annihilation.

Compared to the previous instalments in the Thor series there’s only a small amount of time spent on Earth. A meeting with Dr. Strange and a brief encounter with some fans who commiserate with the fact that Thor has been dumped by Jane speedily updates the audience. Soon after, Thor and Loki are introduced to their vengeful sister Hela who had been banished by Odin. Cate Blanchett plays Hela as a one-woman army with an appetite for destruction who occasionally screams “SAD!” at her enemies. Her mighty power destroys Thor’s hammer and sends him to the other side of the universe where he is imprisoned by the ruler of Sakaar otherwise known as The Grandmaster. Jeff Goldblum is in his element playing a laidback tyrannical alien leader who throws lavish cocktail parties and pits people against each other for entertainment.

Sakaar is where the Hulk enters the picture as The Grandmaster’s most valuable fighter and where boozy, galactic scavenger, Valkyrie, captures Thor. Tessa Thompson turns in a winning and memorable performance as a world-weary drunk burying her past and with that encapsulates the essence of the film. She may deliver silly slapstick and quick quips with aplomb but below the surface looms deep tragedy. Mark Mothersbaugh brings the thunder with a synth-heavy score that delivers a wonderful energy and recalls the cosmic style of Styx adding to the fab seventies vibe of the grand space adventure. The use of ‘Pure Imagination’ from Willy Wonka & the Chocolate Factory in a trippy scene that introduces the viewer to The Grandmaster’s opulent fortress is a wonderful nod to the way Goldblum plays his character.

It’s so enjoyable to watch all these big characters interact with one another in such a humorous and human way. The Hulk is seen struggling with his place in both the world and the Avengers and Mark Ruffalo works wonders with this role bickering amusingly with Chris Hemsworth. His connection with Valkyrie delivers lots of heart and when Ruffalo eventually makes the transition back to Banner it is cheekily handled. The family dysfunction between Loki and Thor is introduced very early on and is played for laughs throughout. Hemsworth and Hiddleston making biting remarks at one another is pure joy.

Waititi embraces the outlandish possibilities of the Marvel universe through the costumes, torture devices and fiery demons that threaten to demolish civilisation. The use of CGI conjures up notable imagery with a demonic army particularly striking and by making the backdrop of Sakaar a colourful playground of junk and luxury. There are pleasing cameos galore and Waititi even inserts himself into the film as a rock warrior called Korg who talks continuously at a breakneck speed about a revolution with a childlike charm. What’s really appealing about Waititi’s entry is the way he and the writers allow the characters room to be absolutely ridiculous and aware while also extolling their concern, kindness and courage.