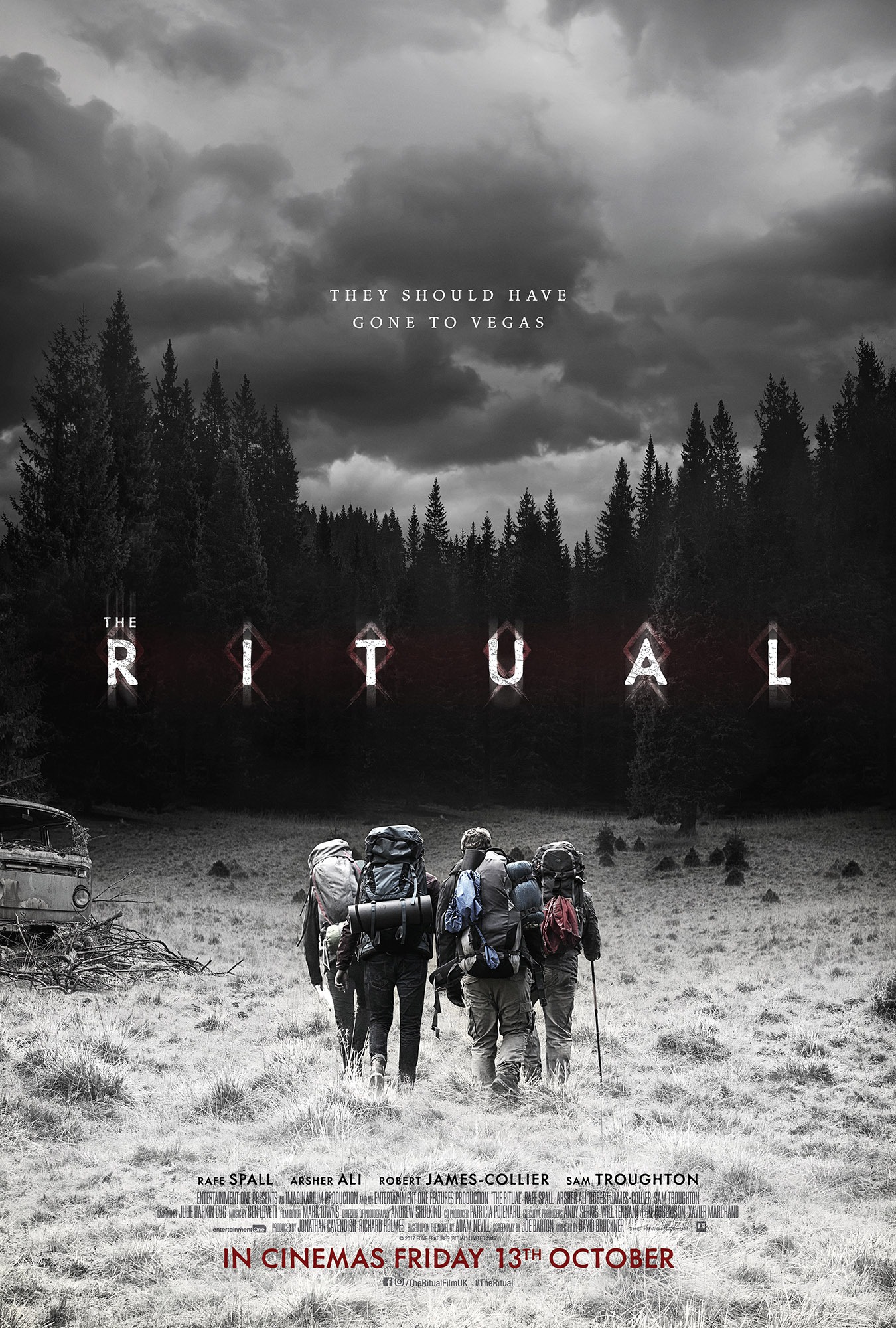 A British arms company on a team building trip are hunted down by their own weapons in Christopher Smith’s hilarious horror comedy.

Rafe Spall turns in an emotionally engaging performance in this loose adaptation of Adam Nevill’s horror novel directed by David Bruckner and written by Joe Barton. Spall really makes you feel his character, Luke’s pain, fear and grief during and after he witnesses the brutal murder of a close friend at an off-licence. The swift opener is truly chilling. We then meet Luke six months later making the long, arduous journey up The Kings Trail in Sweden with three mates to honour his dear friend.

Guilt, blame and the worries of middle-aged male life viciously attacks the group as they take a shortcut through a treacherous forest that’s scattered with bloody stag carcasses and strange effigies. When the group come across an isolated cabin in the woods their trip takes a terrible turn and director Bruckner blurs the lines between nightmares and reality to deliver a tense and disorienting ambience. Marital issues, growing older and arrested development are touched upon but the film is mainly focused on Luke’s tortuous voyage through feelings of shame and inadequacy at his inaction in the face of terror. There are some similarities to the recent BBC TV series, Stag, but these guys are more close-knit and less obnoxious with their cheerful banter credibly turning viciously sour.

Norse mythology plays briefly into the story and the special effects team do a great job at conjuring up spooky images. The eerie sounds of bag pipes and distorted strings from composer Ben Lovett amp up the unsettling mood in the highland setting and Bruckner sweeps his camera over the hilly landscape drumming up menacing paranoia.

However, as the film continues and rifles through horror history, including referencing films by Wes Craven and nodding to The Blair Witch Project, The Ritual becomes a tad too familiar in its denouement. Though some of the dread filled potency is lost in the final third with a twist that turns the focus away from psychological terrain for the most part Bruckner plunges the viewer into Luke’s intense despair.