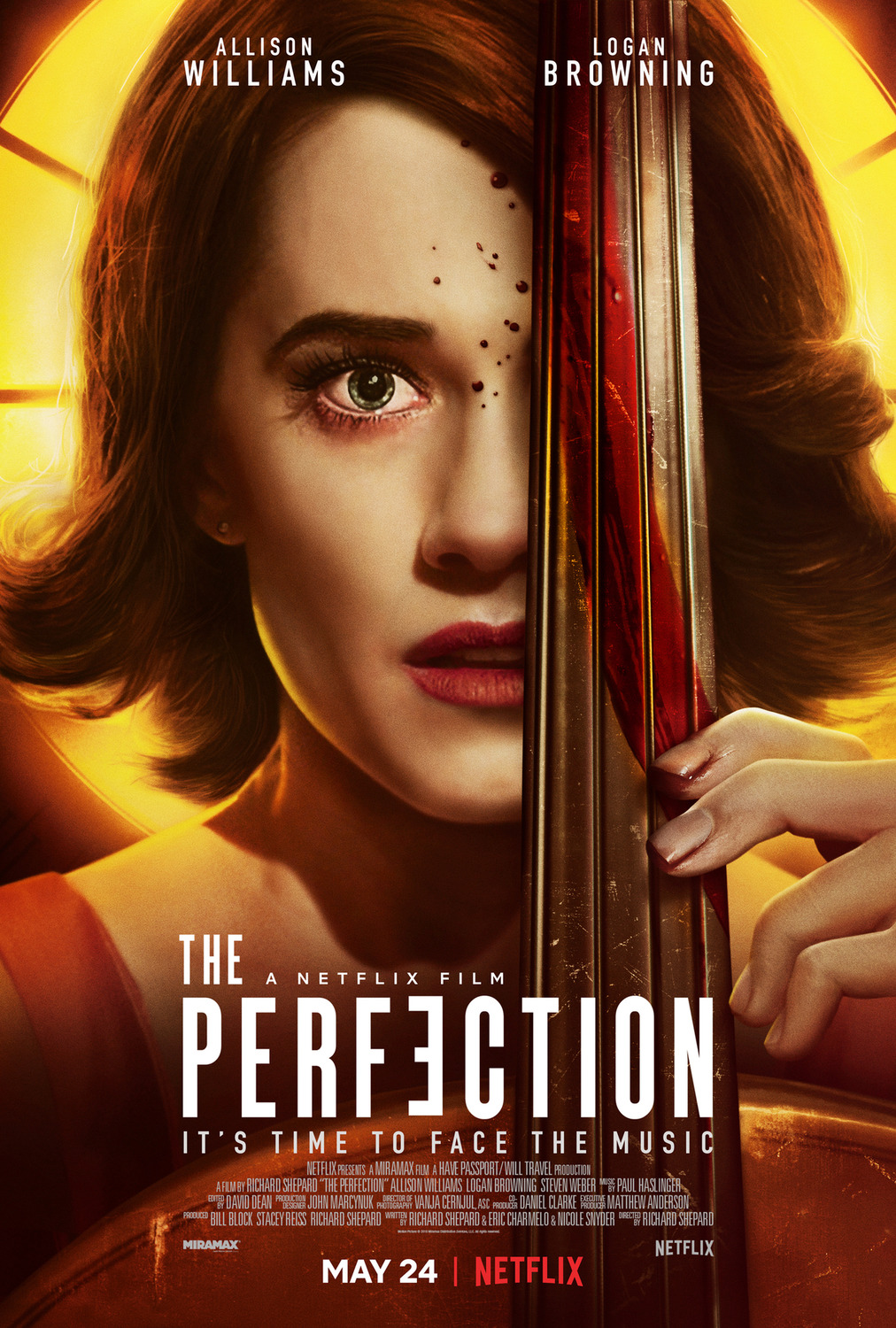 Natalie Portman plays a troubled ballet dancer who becomes convinced her peers are out to ruin her.

“It’s what’s expected of us,” is a fittingly tongue-in-cheek line repeated throughout Netflix’s The Perfection; a film that revels in upending assumptions. In it, Allison Williams play Charlotte, a gifted cellist who abandoned a promising career when her mother suffered a stroke and required constant care from thereon when she was just a teenager.

But when Lizzie gets sick and goes from vomiting maggots to lopping off limbs in a gross-out, well-paced sequence that highlights Browning’s talent, meat cleaver-providing Charlotte and her motivations come into question.

Despite being unrelated, the film banks on viewers having seen Williams’ villainous turn in Get Out, as it plays up the idea that she’s someone not to be trusted. Interestingly though, it flips the script on the shady lady role she’s become synonymous with, becoming a movie that’s not so much about female jealousy, thankfully, as it is something more sinister. The less said about the real story, the better but The Perfection’s willingness to play fast and loose with sensitive subjects such as mental health and sexual assault won’t sit well with some. It’s clear its final act would have packed more punch had those themes been explored in more depth, fusing its B-movie boldness with poignancy and making its twistedly empowering message feel more earned. Alas, it falls [B-] flat in that regard.

Additionally, after a couple of major plot twists are revealed, the film “rewinds” itself to explain what really went down which— given its short runtime — doesn’t leave a lot of room for more engaging character-based moments that would’ve helped ground it.

Nevertheless, Williams and Browning make for a dynamic duo, bouncing off one another brilliantly as they continuously blur the lines between hero and villain and sell the film’s most absurd and stomach-churning moments as it builds towards a gory, blood-soaked crescendo. The Perfection may hit a few bum notes along the way but with their performances at its centre, it would hardly be surprising if it went on to become a cult classic.