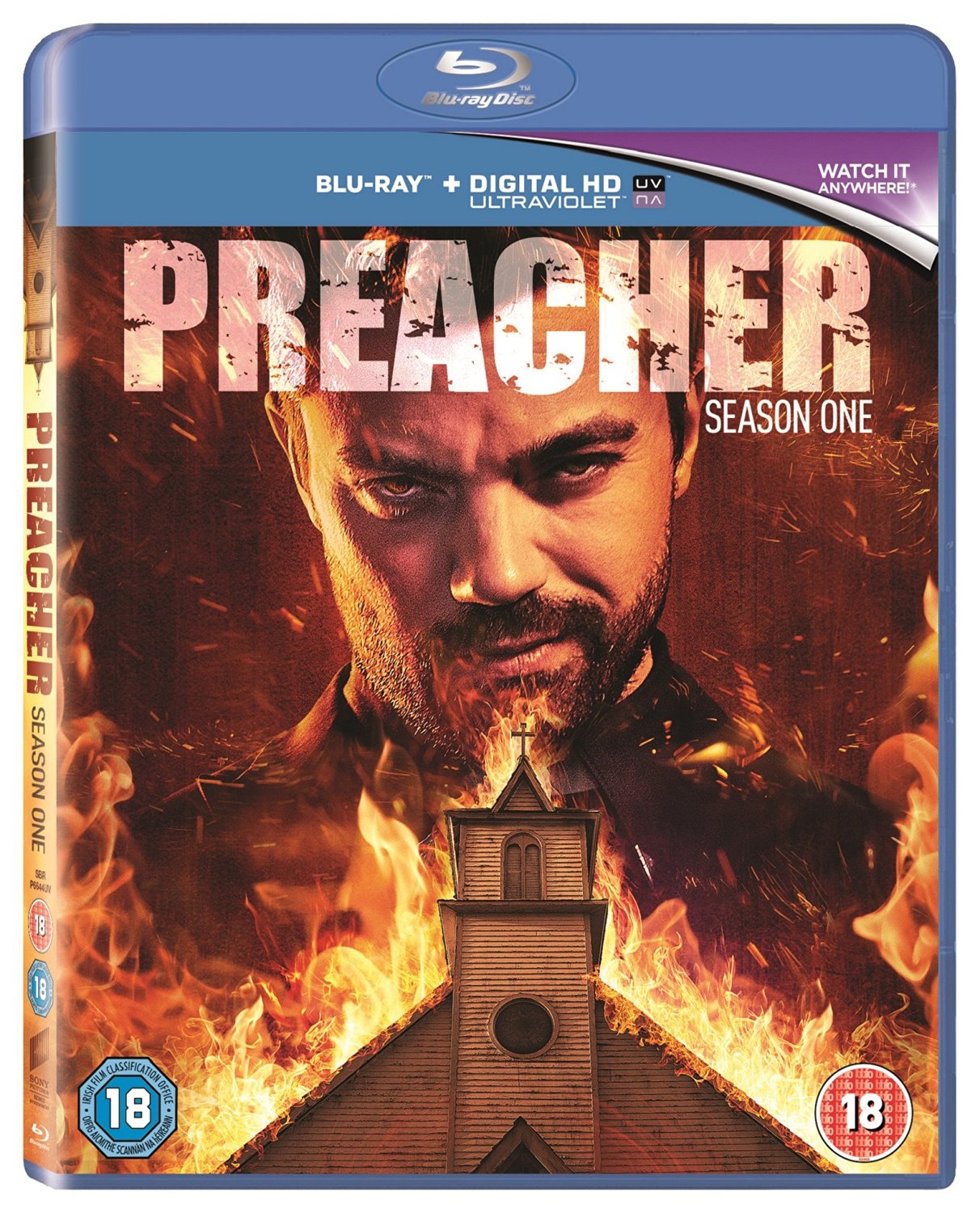 For more Joseph Gilgun excellence, check out his performance as Rudy in E4’s Misfits.

It was reasonable to wonder how Preacher could possibly work on TV, but the answer from AMC’s adaptation is “very well indeed”. Seth Rogen, Evan Goldberg and Sam Catlin took the mad, profane, globe-trotting bull by the horns and decided to root the story in one location: the hateful little Texas town of Annville.

For the uninitiated, Preacher is the story of padre Jesse Custer (Dominic Cooper), struggling with an uncaring congregation and a crisis of faith. The arrival of his pistol-packing ex, Tulip (Ruth Negga), and Irish vampire Cassidy (Joseph Gilgun) makes life complicated, but not as much as his being possessed by Genesis, a force from Heaven that makes people do whatever he says.

It deliberately takes its time, but while devotees may struggle with the pacing and the focus on Annville, their patience will be rewarded. This is an interpretation that makes some pretty big changes, but it’s faithful to the spirit of the source material. It’s brutally violent, hilarious and deeply weird, and God is not in the house.

It helps that the makers’ casting instincts were dead-on. After an uncertain start, Cooper makes the role of Jesse his own, exploring the character’s dark side with great skill. Negga nails Tulip’s take-no-prisoners toughness, humour and hidden sensitivity. But it is Gilgun that steals the series with his stunning turn as Cassidy. He’s given the bulk of the amazing slapstick violence set-pieces: the plane fight, the chainsaw in the church – he’s a joy to watch.

Ignoring the occasional wobble, the final two episodes show just how bold and brilliant this series can be. With creative set pieces, shocking violence, harsh truths and brilliant performances, this is television at its absolute best.