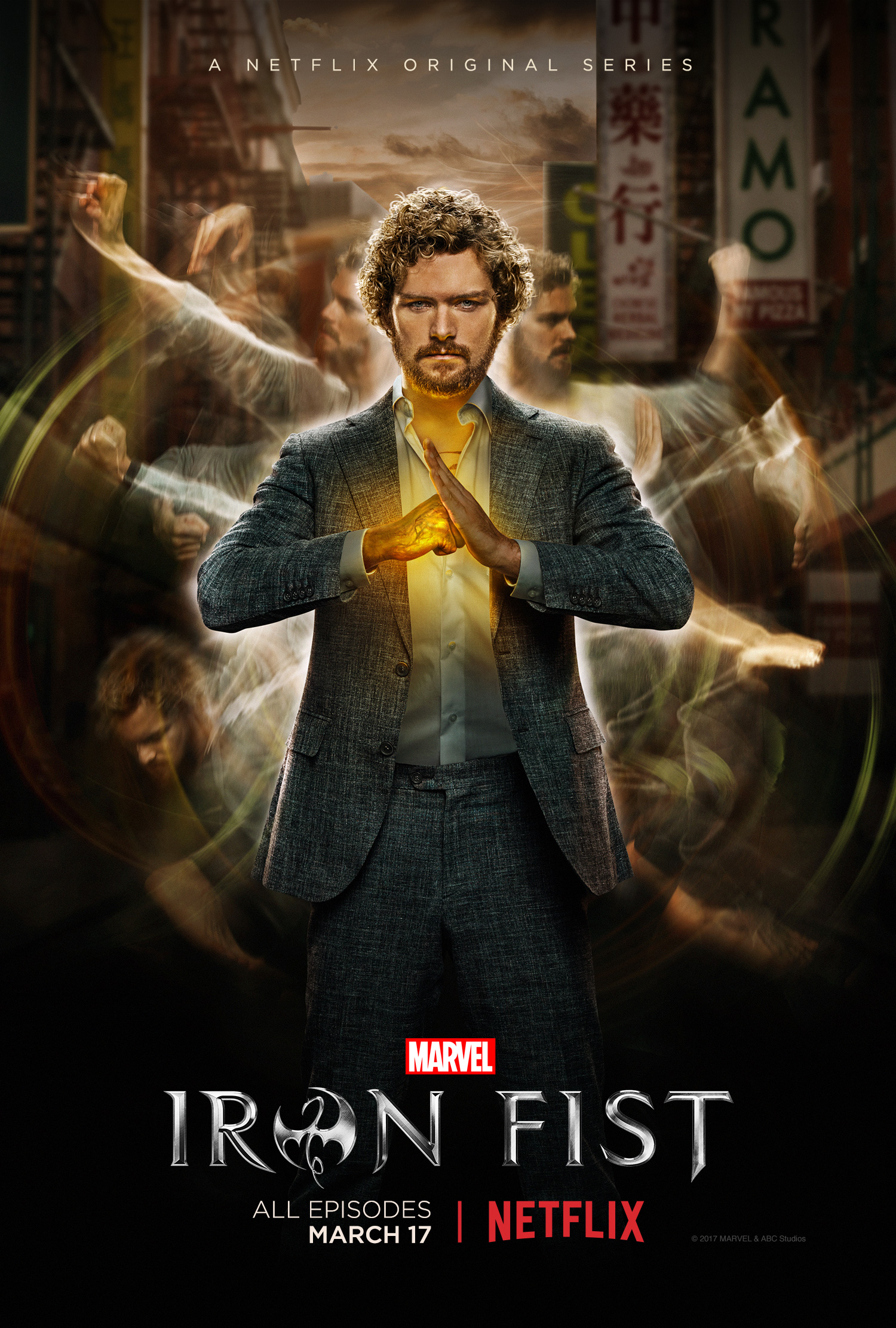 Marvel’s latest Netflix series Iron Fist has been treated as a ‘proceed with caution’ kind of show since the start, mostly due to the fact that it’s about a superhero with Kung fu powers played by Finn Jones, a white actor, while Kung fu of course remains a Chinese martial art. Many members of the cast and crew defended Jones’ casting, with Colleen Wing actress Jessica Henwick, who actually is Asian, saying that she thinks the show’s star smashes it out of the park.

It turns out Jones is fine as Danny Rand. He says his lines properly and does some cool fight stuff, but it’s nothing to gush about. He’s fine, the story is fine, the pay out is perhaps a little less than fine, and then it ends. If Iron Fist is anything, it’s consistent.

The series acts as a semi-origin story for Danny Rand in the same way that Daredevil did for Matt Murdock. When we first meet Danny in ‘Snow Gives Way’, he’s wandering around Wall Street with bare feet and a backpack having just returned home from K’un Lun after being presumed dead for 15 years. He already has his Iron Fist powers when we join him, so the show charts Danny’s journey to mastering his powers and putting them to good use.

Iron Fist has an extremely noticeable and disappointing lack of big-reveal moments. Big-reveals aren’t compulsory, of course, but Marvel usually thrives off them. Iron Fist’s revelations are small and quiet, but to the point where it’s easy to miss them completely.

You need to pay close attention to get as much out of this show as possible, but sometimes concentrating hard just isn’t enough. The glossing over of plot twists is chronic, and it would be disappointing if there were much else to care about. It’s hard to get excited when either you can guess what’s coming next, or you can’t guess but you ultimately don’t give a shit.

Iron Fist leaves much to be desired in many places, but it still possesses a handful of plus points too. From his first week in New York, Danny Rand’s first new friend comes in the form of Colleen Wing, played by Henwick. As a martial arts expert who also runs her own dojo, Colleen is basically who you think of when you think of kick-ass comic-book TV characters.

Colleen and Danny’s relationship manages to remain continually interesting as the series progresses, but it also sometimes overshadows the main story arc, which involves heroin, or something… The show’s narrative often ends up all over the place, contributing to the ever-lingering feeling of ‘do we even care what’s going on?’

Rosario Dawson makes a very welcome return to the Defenders universe, with a surprising amount of screen time. Once she joins the show it’s hard to get rid of her, but we’re absolutely not complaining. Her presence brings Iron Fist fully into the world of the Defenders and reminds us that Danny Rand is very much a part of it, rather than just being this random billionaire who wandered in by accident.

When it comes to the fighting – and Danny’s own Iron Fist – the series doesn’t need to put that much effort in to wow. Much of the cast took the time to learn how to fight properly while preparing for their roles, and it certainly paid off. It’s just a shame almost everything in between is lacklustre.

During the times when the story gets particularly silly, Iron Fist begins to feel more like an item you need to tick off on a check list so you can watch The Defenders later in the year rather than it’s own show. Perhaps some careful but ruthless editing would have been a good call, so the series could be cut down from 13 episodes to about ten. Boy, does it drag.