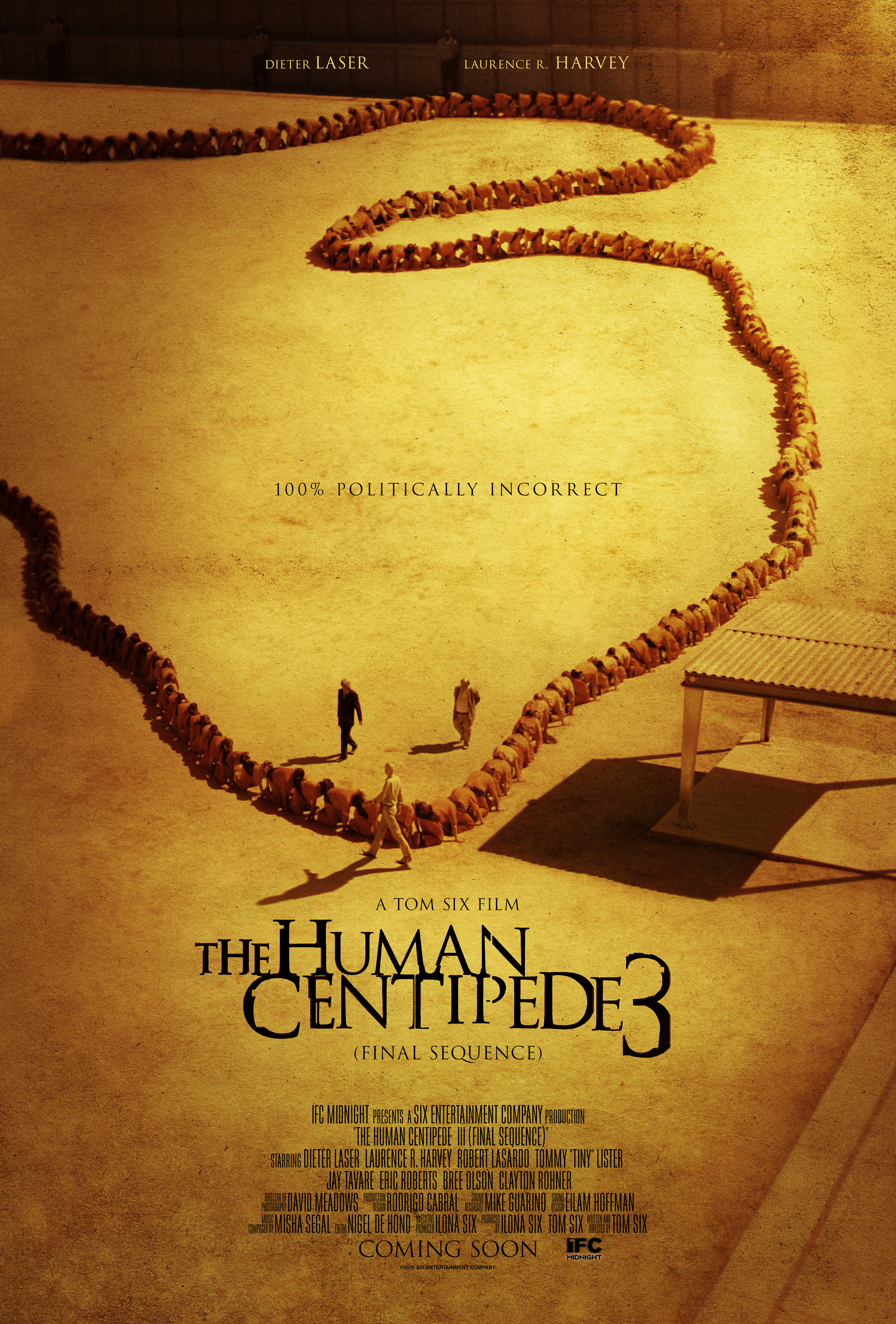 Hugely controversial but really quite wonderful, Nekromantik is more than its grubby subject matter.

Tom Six’s The Human Centipede was swept into the zeitgeist in a way that most filmmakers can only dream of. Sure, its reputation was for pushing repulsive grot, but everyone was talking about it.

The second film was briefly banned in the UK before being released with cuts, and found its own level of notoriety. For all the gruesomeness of both films, Six has always had a cannier sense of humour than his critics have given him credit for, and the second showed a degree of artistry.

So, for a cautious Human Centipede defender, this third (and apparently final) film is a disappointment. It’s loud, crass, lacking in visual invention, and exactly as repulsive as it sets out to be.

Dieter Laser (the evil doctor from the first movie) plays prison boss Bill Boss, who’s struggling with an over-crowded facility where the cons keep murdering the guards and threatening to rape him.

His accountant Dwight (Laurence R Harvey) suggests a radical solution: a giant human centipede. The duo brings director Tom Six (himself) on board to create something that should even impress the state governor, Hughes (Eric Roberts).

Six wants you to be revolted by The Human Centipede 3, and his main character Laser is turned up to 11 for the duration, screaming roughly 70 per cent of his racial invective-filled lines, occasionally through a megaphone.

There’s some broad-stroke satire here as Bill wraps himself in the American flag, waves off human rights Guantanamo-style and bemoans the governor smoking a “communist” Cuban cigar, but it’s not really enough.

As for the gore – well, there is plenty of that. Bill goes through several “medieval” torture techniques, and there’s a dream sequence that is fairly revolting. Most upsetting of all is the treatment of Bree Olson’s assistant Daisy, who’s essentially Bill’s sex slave for most of the film before receiving some truly gruesome treatment in the third act.

It’s supposed to be upsetting, and it is, but that doesn’t make it any more watchable.

We’re meant to be offended, and we are. But it’s also poorly made and dull.