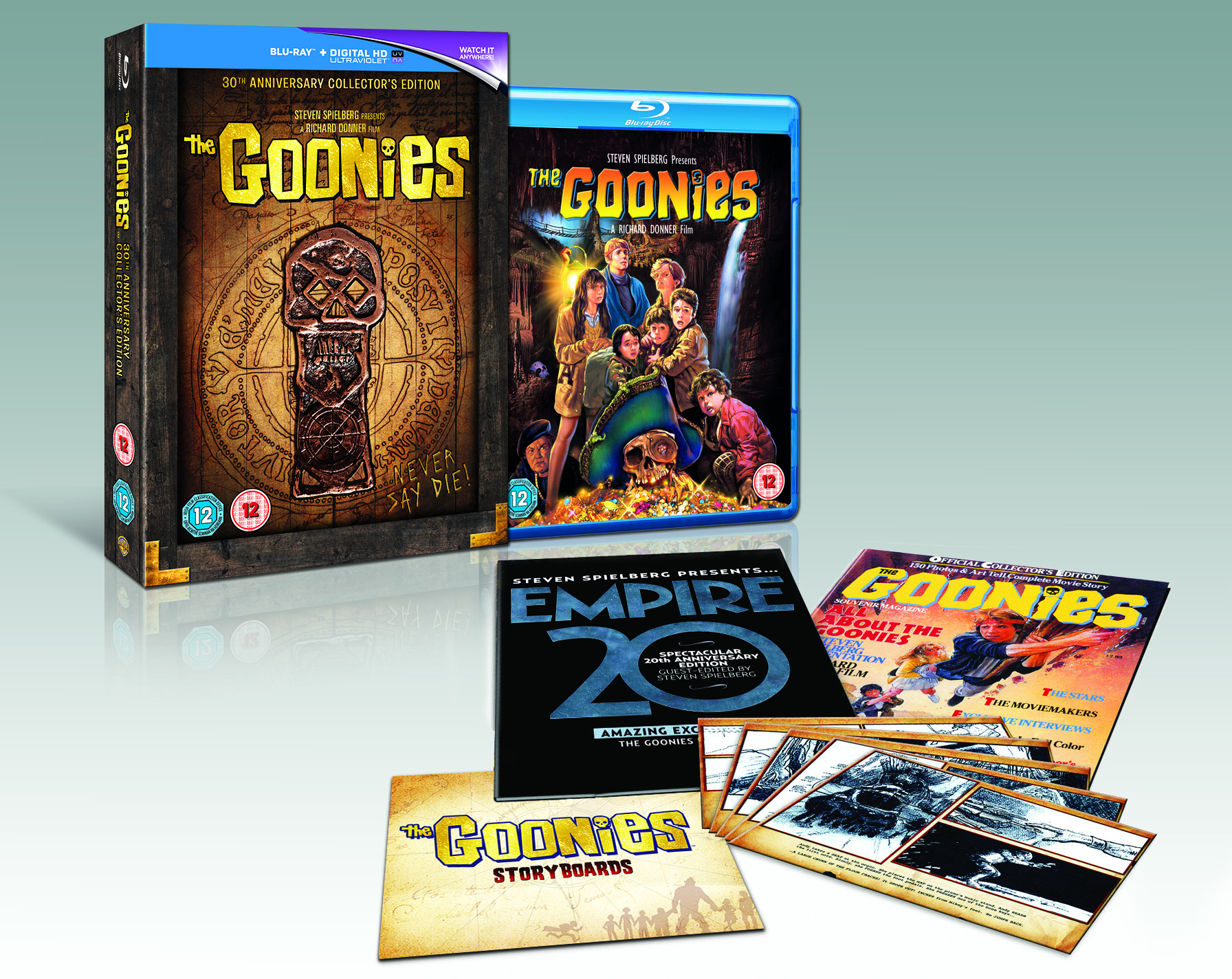 Goonies is what happens when you disperse Spielberg's magical ET formula.

Through rose-tinted spectacles, everything benefits from nostalgia. Take The Goonies, for instance. Richard Donner and Steven Spielberg’s coming-of-ager about a group of young misfits who spend their last day in town before their homes are demolished searching for a hoard of treasure, all the while trying to stay one step ahead of a family of criminals, has consistently retained its place in the pantheon of much-loved family hits. But does it deserve this status?

On the evidence of this Blu-ray, re-released to mark the film’s 40th anniversary, the answer is a resounding yes. Back when he still made these kinds of movies, Spielberg had a knack for encapsulating the period’s zeitgeist in his films, and it’s a trick he helps to pull off again here.

Much like in ET, he makes heroes out of a group of young underdogs, who despite being out of their depth in pretty much every respect, manage to save the day and succeed. It’s feel-good at its finest, and will never date in this regard.

Even more astonishing is the feat of harnessing such strong performances from the young cast. In interviews, Donner has commented at great length on the challenges that this film posed, but he clearly came out of it better for the experience, and so too does his cast. While the madcap likes of Chunk (Jeff Cohen), Mouth (Corey Feldman) and Data (Jonathan Ke Quan) steal the film with their antics, it’s the dynamic between brothers Mikey (Sean Astin) and Brand (Josh Brolin) that is the most affecting. It seems all too commonplace for films to depict the older siblings as brash and bullying, but here things seem more real, with the elder Brand simultaneously looking out for his younger bro while obligingly giving him the occasional look-who’s-boss lesson.

It’s not perfect by any means – everything is resolved almost too neatly, and the fast dialogue and even more frenetic action sequences occasionally makes things hard to follow – but all this only serves to add to its charm.

This kind of camaraderie shows through in the bonus features too, with the commentary reflecting an ensemble who have moved on and grown up, but will always look back on this time with fondness.

Other than that, the features on the disc itself are relatively sparse. The making-of featurette, original trailer and music video for Cyndi Lauper’s ‘The Goonies R Good Enough’ provide a nice little window into the time period, but it’s nothing new.

The only real addition of note is the ‘making-of’ mini magazine from 1985, which has been reproduced for the box set, and is a treasure trove of info for Goonies fans, as well as a series of art cards.

All of these extras are nice, although it’s a pity that there isn’t more in the way of actual bonus features. Still, when the film is this good, and the package is so lovingly put together, it almost doesn’t matter. It may not be quite enough to persuade existing fans to part with their hard-earned cash, but it’s a nice homage nonetheless.