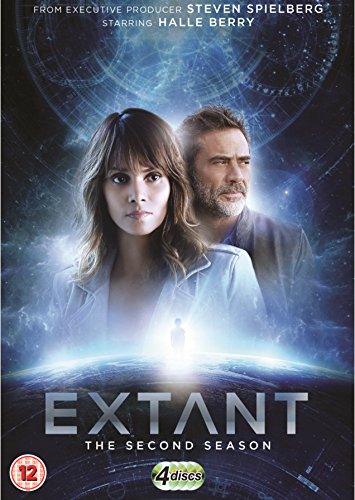 Aliens invade in force in this apocalyptic drama that gets better with each of its five seasons.

It was obvious that Season 2 of Extant would have a different vibe when the first thing we saw was Halle Berry bonking in the shower. Coming after the show was reconceived to boost ratings, this immediately suggested that the series had been sexed up after its sterile first season.

Sure enough, there’s more passion, but largely not of the T&A type. Moreover, this second and final season does a much better job of meshing the show’s multiple themes in thought-provoking ways.

The story resumes six months after the end of Season 1 with astronaut Molly Woods (Berry) in a psychiatric hospital. Thanks to the Cloud, her android son Ethan (Pierce Gagnon) is also back despite sacrificing himself to save the planet from alien spores in the first season’s finale.

Now though, he’s in the care of his co-creator Julie Gelineau (Grace Gummer). Meanwhile, the government has taken over the Humanics robot project and is adapting it to counter the extraterrestrial threat.

In explaining these changes, the season premiere retires major characters in ways that won’t please all fans. The reboot feels clumsy at times too, without foreknowledge about what’s to come. It pays off, however, as the new circumstances lead the principal characters into ethical dilemmas that make it impossible to single out heroes and villains.

This is especially true for Gelineau and newcomer Tobias Shepherd, played by David Morrissey. Both find themselves in invidious positions, but good writing ensures that you’ll root for them in the end.

Also new this season is Jeffrey Dean Morgan’s grizzled private cop, JD Richter. With a broken marriage and tainted military record, Richter is a familiar antihero. Yet, his relationship with Molly develops gradually in a way that’s at odds with the notion that this season relies on sex and action.

Yes, Season 2 makes concessions to mass appeal. Nonetheless, these make Extant more alive in ways it might have benefitted from had they been there from the start.