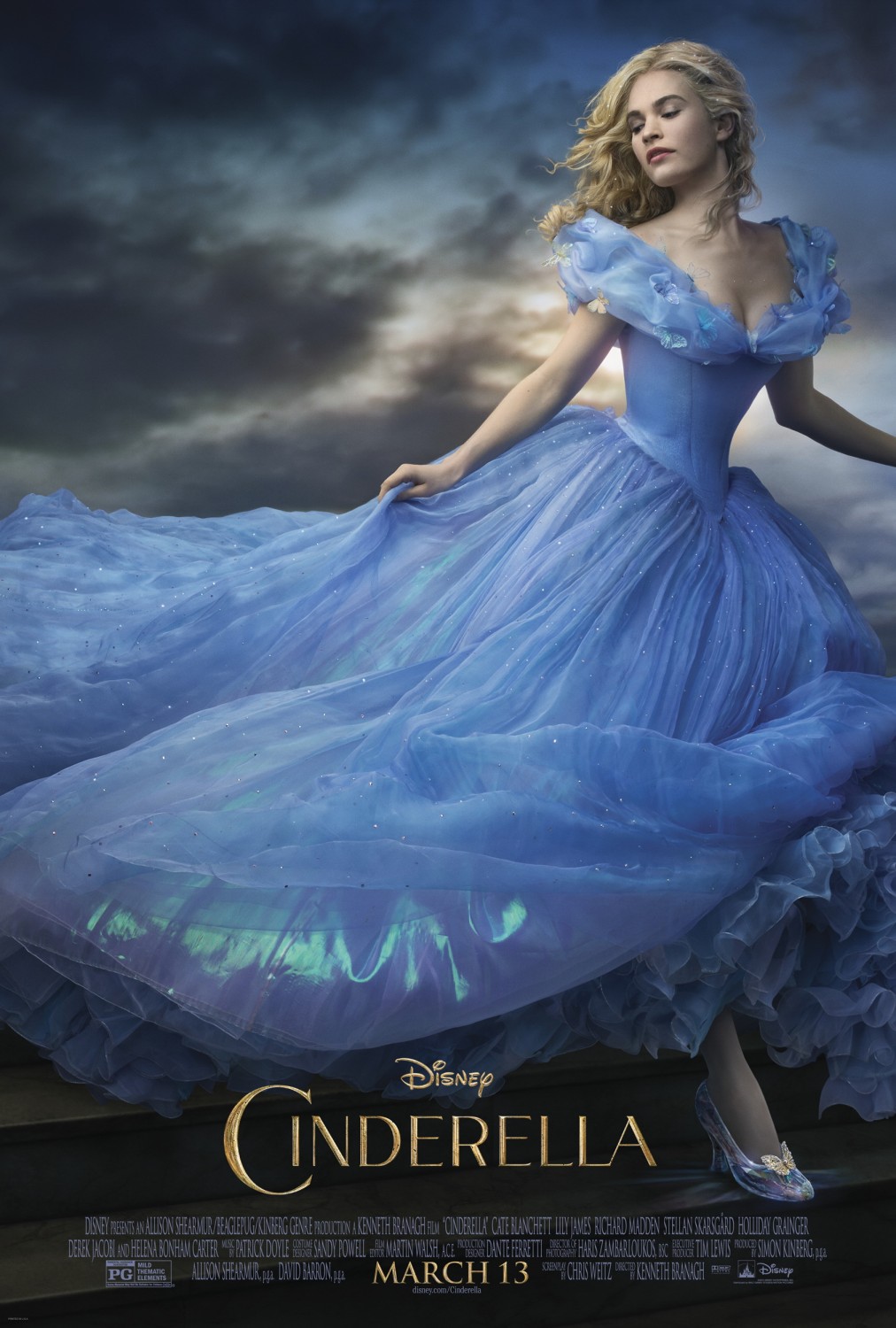 The spirit of Disney classics runs through Kenneth Branagh’s latest take on the Cinderella story, which plays the fairytale as straight as possible while embracing the magic and wonder of its animated original.

Young Ella (Eloise Webb) has the perfect life with loving parents until her mother (Hayley Atwell) dies. When she’s a teenager (Lily James), her father (Ben Chaplin) announces that he’s going to marry a widow (Cate Blanchett) with two daughters.

When her father dies too, and the full extent of their wickedness is revealed. However, a chance encounter with a charming young prince (Richard Madden) could change everything…

If you’re expecting any hint of Grimm’s fairytales, don’t. This is 100% Disney and no one’s hacking off pieces of their feet here. From the opening frames, it’s clear that the most striking element of this Cinderella will be the visuals.

The costumes by Sandy Powell are absolutely stunning, from the step-sisters’ eyeball-scorching “fashionable” frocks to our heroine’s signature blue dress, and Dante Ferretti’s beautiful production design is wonderfully shot by Harris Zambarloukos.

Blanchett’s turn as the Stepmother is almost as striking. It’s nice to see the character given a bit more background and a little (but not much) more cause to resent her stepdaughter. Blanchett seamlessly steers from theatrically coy to vindictively brutal, with a cackle worthy of Boycie from Only Fools And Horses.

The rest of the cast is likeable but given less room to play; James is charming while selling the saintliness although Madden doesn’t have much to do apart from smile in tight trousers. Helena Bonham-Carter has fun playing the Fairy Godmother like a slightly fractured ‘50s movie star, while Sophie McShera and Holliday Grainger go big as the stepsisters.

It’s all quite charming and very pretty, but there’s not really anything too memorable here. It’s surprisingly light on laughs and writer Chris Weitz’s reluctance to stray too far from the text creates some lulls. Cinderella is likeable enough, but it all feels a little superficial.