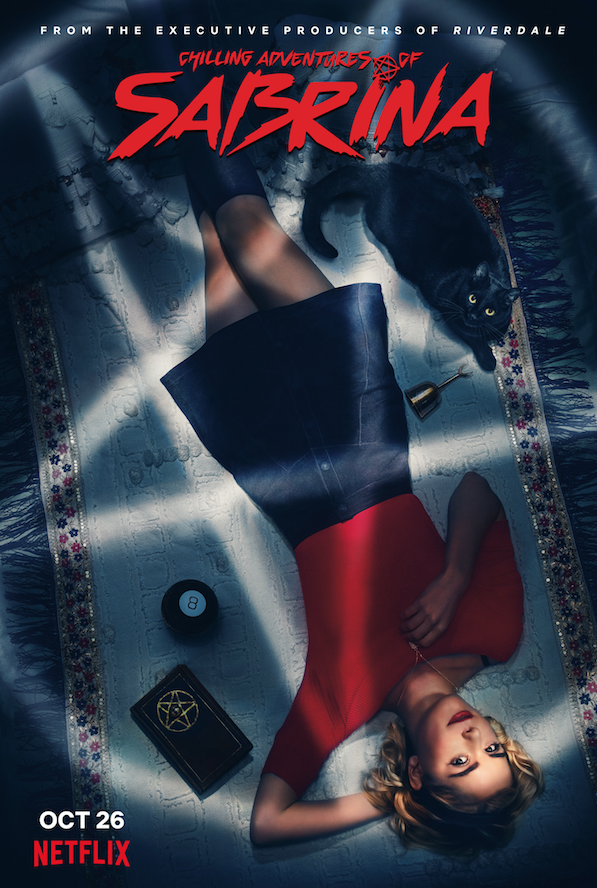 A sarcastic Scooby-gang with magical/physical powers rebel against their parents.

The talking cat, goofball comedy of 90s TV show Sabrina the Teenage Witch is a world away from what Chilling Adventures of Sabrina showrunner, and Archie Comics CCO, Roberto Aguirre-Sacasa has created; he clearly thinks we’re tough enough to handle it. That’s not to say that his Sabrina lacks comedy – there’s plenty of dry, dark humour scattered throughout the 10-episode season, especially with the Death Becomes Her–style skits with Sabrina’s quarrelsome aunts – but you can’t help wonder what the show might have been if he was allowed to let rip with the horror, and turn that 15 rating into an 18.

Chilling Adventures of Sabrina is essentially a coming-of-age story, but this fresh-faced 16-year-old is half-human half-witch, and that means that she’s torn between signing the Dark Lord’s Book and going to prom with her boyfriend Harvey. Sabrina wants it all and must fight to get it – much to the chagrin of her strict aunt Zelda (Miranda Otto), Father Blackwood (Richard Coyle) and the Dark Lord’s right-hand woman Ms Wardwell/Madam Satan (Michelle Gomez). It’s a battle of wits and magic as Sabrina struggles to find her place in the world and stand up to the patriarchy.

This set-up of a young ‘modern’ girl (the series is set in the 60s) versus ancient, male-led rules and untold power works well, and as the series goes on we see Sabrina (Kiernan Shipka) grow in confidence and strength, getting herself out of scrapes and standing up for others, as opposed to having to be saved. In an interview with USA Today, Aguirre-Sacasa claimed that she would become ‘Archie‘s equivalent of Doctor Strange,’ so it’s a shame that it takes far too long for her to get into the magic mojo and conjure up a storm. When our focus switches to Sabrina’s mundane high-school relationships – all talk and not much action – it drags the pace down, but when the supernatural aspects of her life come into play it’s easy to see where the writers got their kicks. 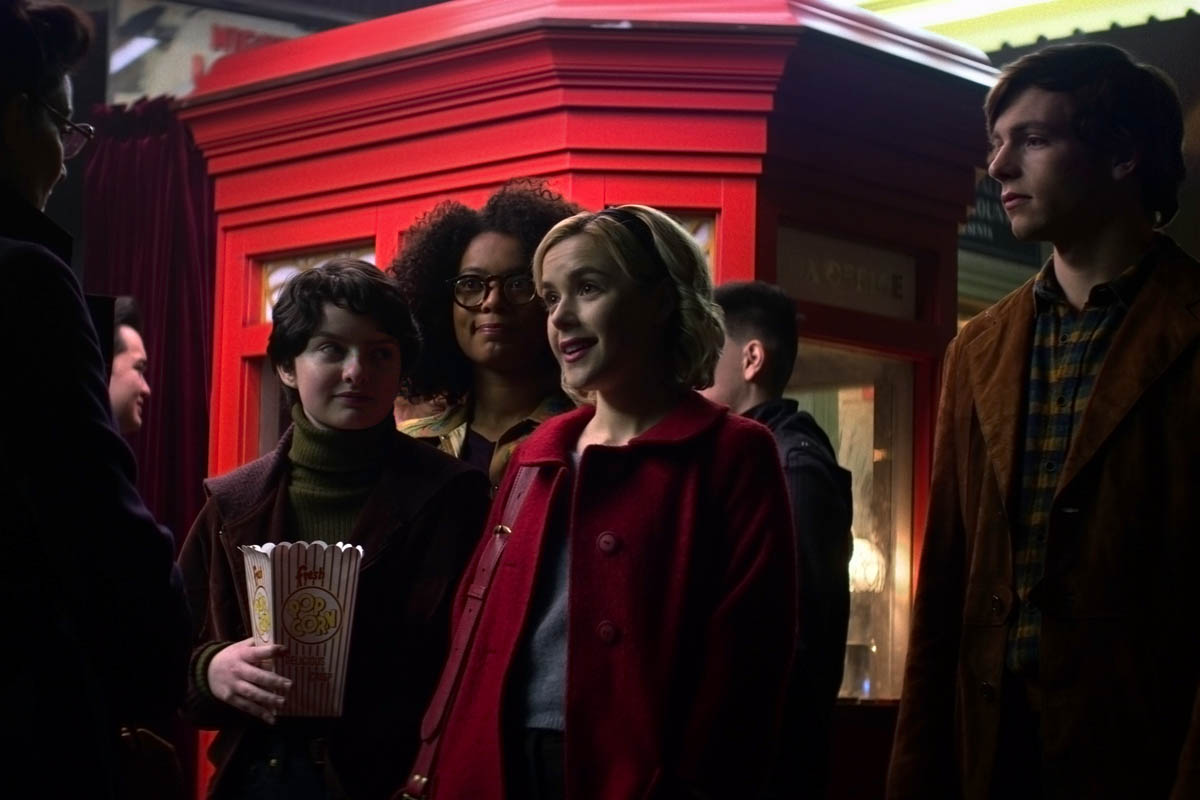 The series excels in these sequences as we learn about rituals, demons, the astral plane, the local witch trials, and we set foot inside The Academy of Unseen Arts – a sprawling building a bit like Hogwarts in ‘the upside down.’ The art direction is especially impressive, clearly taking notes from Argento’s rich Suspiria colour palette, and the visual effects are enough to make some threats pulse-raisingly creepy. Horror fans will have their appetites sated with plenty of nods to classics such as Poltergiest, Society, Rosemary’s Baby, The Fog and more, with each episode adopting the Buffy-style formula of having a different ‘big bad’ in each one for our heroine to deal with.

It’s easy to see that the cast had a lot of fun with these roles, especially Coyle as a dapper Aleister Crowley type, Davis and Otto as Sabrina’s chalk-and-cheese aunts, and the scene-stealing Gomez, who vamps it up with gusto, though some of the other performances don’t take flight. Shipka does a good job of representing a strong young woman with grit and determination, but beyond this she just isn’t convincing in the emotive scenes: she doesn’t ever seem in love enough, or scared enough, or special enough. Greendale’s most promising witch simply lacks charm.

There are plenty of recent graphic novels that revel in witchcraft and strong women, so the appetite is clearly there (see Black Magick, Monstress). If this series had more of the gore and shock-factor of Aguirre-Sacasa’s graphic novel on which it’s based, the pace and power might have made this something wickedly fun, dripping with potential. In short, what Chilling Adventures… needs is much more chill and much more adventure. Let’s see what season two brings.