It’s now half a century since gifted unknown Diana Rigg brought to life brainbox Emma Peel for the fourth season of The Avengers, and her effervescent rapport with Patrick Macnee’s special agent John Steed is the primary reason that these 26 episodes are still so compulsive and enchanting.

The Avengers’ fourth season is often hailed as the creative high-watermark of this most unique, influential and deliriously British cultural phenomenon, and the sumptuous quality is evident at all levels of production. In Mrs Peel’s first year, The Avengers was shot on 35mm film for the first time (helping make it one of the first British series to run on prime-time American TV), and the stylish cinematography is more crisp and vivid than ever on this long-awaited Blu-ray edition.

Steed and Mrs Peel did their avenging in a fantastical, little English world of their own, populated by maniacal villains, shifty obsessives and larger-than-life archetypes, performed with relish by British character actors. Memorable turns include Ronald Fraser as a dotty railway enthusiast, Bill Fraser (no relation) as an incoherent blustering imperialist, Noel Purcell as a fervent, apocalyptic ark-builder, and Christopher Benjamin as a spectacularly fruity perfume magnate. This, Clemens reasoned, was the only sort of milieu where a bowler-hatted, Bentley-driving old Etonian and a kung fu dynamo in a leather catsuit could get away with being undercover agents.

Perhaps unsurprisingly, the line was allowed to blur between light fantasy and outright sci-fi, with some of the era’s best-remembered stories involving irresistible genre tropes like killer vegetables from space (‘Man-Eater Of Surrey Green’), deadly rainmaking devices (‘A Surfeit Of H2O’) and merciless robot assassins (‘The Cybernauts’). From a show that had developed as a tough crime/espionage thriller, this approach wasn’t always welcomed by production company ABC. Another bone of ABC contention was the ‘tag’ scenes – brief, comedic sequences of Steed and Mrs Peel travelling home at the end of each episode – which Clemens successfully argued as crucial to the programme’s overall tone and shape. 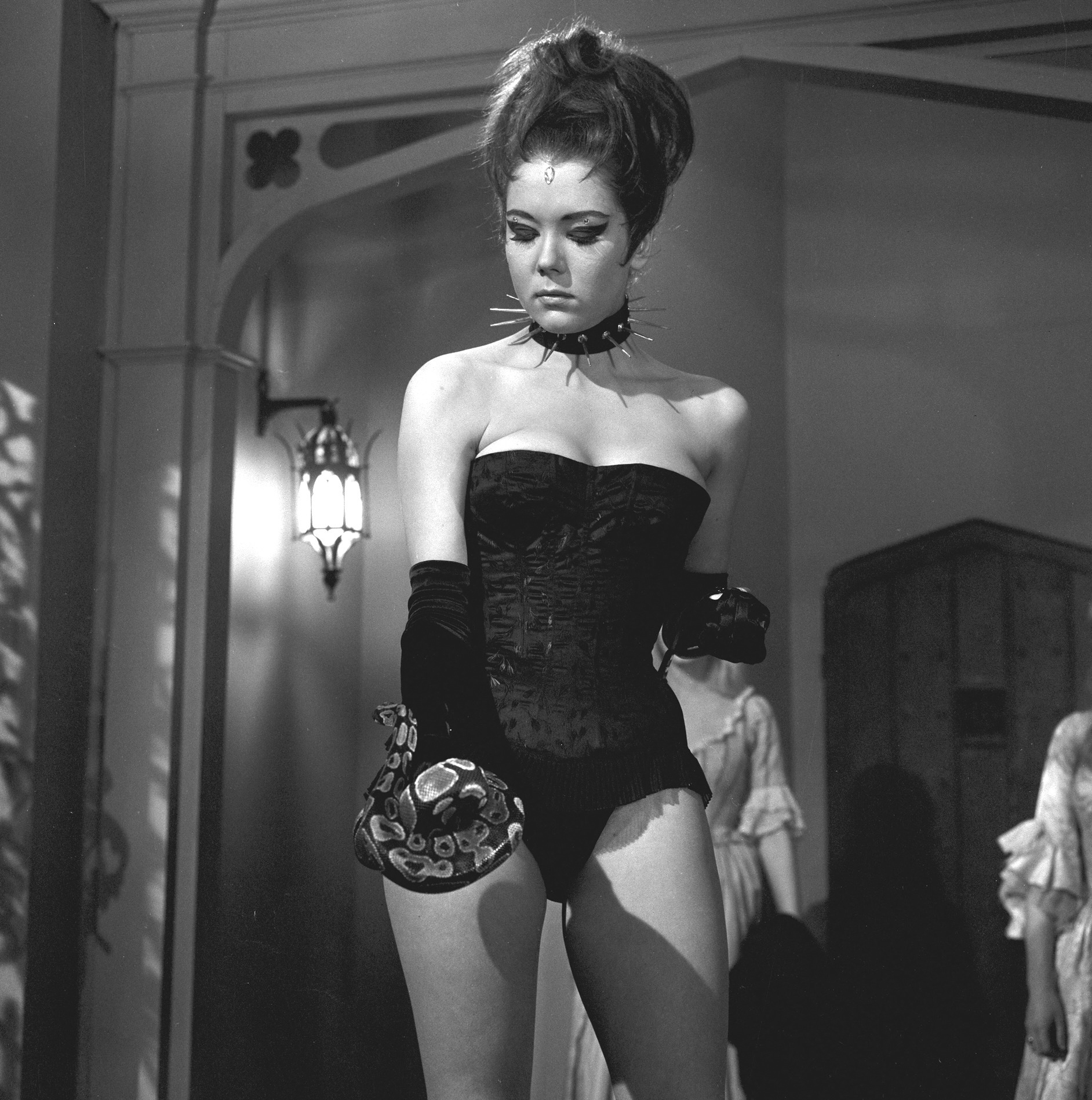 Previously, Steed had already enjoyed a productive onscreen partnership with Honor Blackman’s Cathy Gale from 1962-64, herself an iconic figure of the time, and it was crucial for her successor to improve on this chemistry. It took months of auditions and tests before Elizabeth Shepherd was cast as Emma Peel, but after shooting began, it was evident that she wasn’t right. The footage was scrapped and more actresses tested, until in walked Diana Rigg, who proved an instant revelation. Her Mrs Peel was the perfect match for Steed, and as we watch this dynamic duo working in rare complementary sync it is evident how much the actors enjoyed each other’s company. In the commentary for episode ‘A Town Of No Return’, Clemens likens their interplay to “superb ping-pong”.

But as much as the delivery and dialogue sparkle, perhaps the greatest joy is in the brief, underplayed glances and nods, wry smirks and wrinkled noses. At the climax of Clemens’ riveting Mrs Peel-centric character study ‘The House That Jack Built’, Steed arrives to save his companion just as she has already extricated herself from danger. “What happened to the shining armour?” she quips. “It’s still at the laundry,” he quips back. She then gives him a lingering, winsome look of grateful affection so radiant and sincere it visibly flusters the undemonstrative Englishman. They walk off arm-in-arm in pregnant silence, for once without a single quip.

It’s electric, and it’s the reason The Avengers Season Four will still be watched and loved in another 50 years. That and the killer vegetables from space.