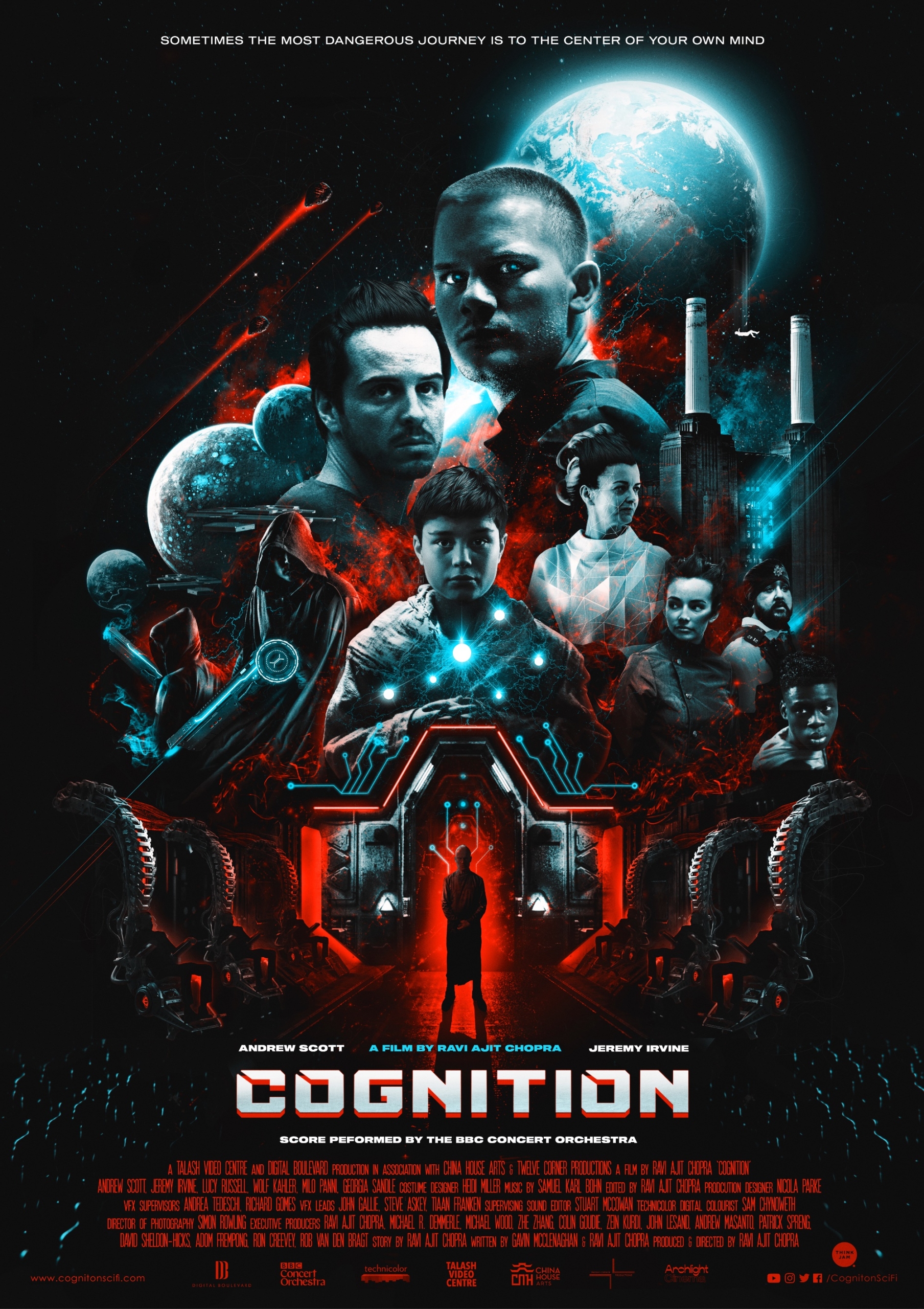 Cognition opens on a beautifully saturated vista of unknowable planets and sweeping starscapes. A father and son share a bonding moment, looking out at the view and talk turns to the wild ambition of reaching out and shooting for the stars. You can’t help but think that the father in question (played by Sherlock’s Andrew Scott) could have been talking directly to the director, Ravi Ajit Chopra as there is nothing about Cognition that doesn’t scream ambition.

The plot swaps between following the child Abner (Milo Panni) and an adult Abner, played by the frantically stoic Jeremy Irvine. Ripped from his tranquil, technicolour home and separated from his doting father, Abner is now working as an ‘agent’ equipped with a dress code and emotional detachment reminiscent of 2002’s Equilibrium. When he is tasked with a recruitment mission (of sorts), his journey across space leaves him conflicted by a host of repressed memories and the weight of sins past.

With some impressive visuals (around 350 VFX shots in a 25 min short) and an arresting and emotive score, Chopra has gone big for Cognition. The scale and production value of the short is as grand as the ideas of time and memory, purpose and ambition. While the story is well-executed with creative and impactful directorial choices, the film’s rather wooden dialogue is the only thing that could pull you out of the immersive experience of watching it.

Short films provide a wonderful vehicle for conveying the seed of an idea, and while the themes and plot lack a little in originality, what Cognition does well, is deliver blockbuster scale in a condensed package. “One day those stars will be within our grasp,” says Scott, and with Cognition as a calling card, you can’t help but think Chopra will be fulfilling his ambitious dreams in full soon.

Cognition will be available On Demand on 30 October 2020 via Apple iTunes, Amazon and Google Play.

The Matrix 4 in talks with Priyanka Chopra

A Wrinkle In Time featurette talks big ideas and representation