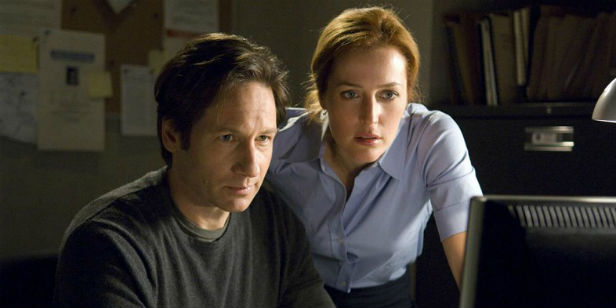 Those who were already excited about the prospect of The X-Files returning to our screens will be even more so now, as even more exciting names have been added for the returning limited series, reports The Wrap.

First up is Robbie Amell, who will play Agent Miller. Having first become a known quantity to genre fans in The CW’s 2014 remake of The Tomorrow People, he has since gained prominence as the Ronnie Raymond side of Firestorm in The Flash. With his character also set to show up in Legends Of Tomorrow (although not the Raymond personality as yet), it looks like he has a big future.

Also showing up is Six Feet Under star Lauren Ambrose as the interestingly named Agent Einstein. Since appearing in HBO’s hit, her most high-profile appearance has been as Jilly Kitzinger in seven episodes of Torchwood, but considering her fan-favourite status in Six Feet Under, it’s good to see her back.

Finally, we have Kumail Nanjiani, who is playing an animal-control officer. Considering the type of wildlife Mulder and Scully are used to dealing with, it’s fair to say that he likely won’t have an easy time of it – although considering his past roles (he’s a regular cast member in Mike Judge’s Silicon Valley, as well as popping up in Community and Portlandia, and films Sex Tape and The Five-Year Engagement), it’s possible that a lot of his situations might be played for laughs.

The X-Files premieres on FOX on 24 January 2016 in the US. A UK air date is yet to be announced. You can buy The X-Files: The Complete Collector’s Edition on DVD for £124.90 from Amazon.co.uk. Get all the latest sci-fi news with every issue of SciFiNow.