First we have Robin Wright as General Antiope. The poster itself may only contain several shades of the same colour, but there’s still so much to look at. That stance. That quiff. That hench, godlike shoulder. Go get ’em, Antiope. Make ’em wish they were dead. 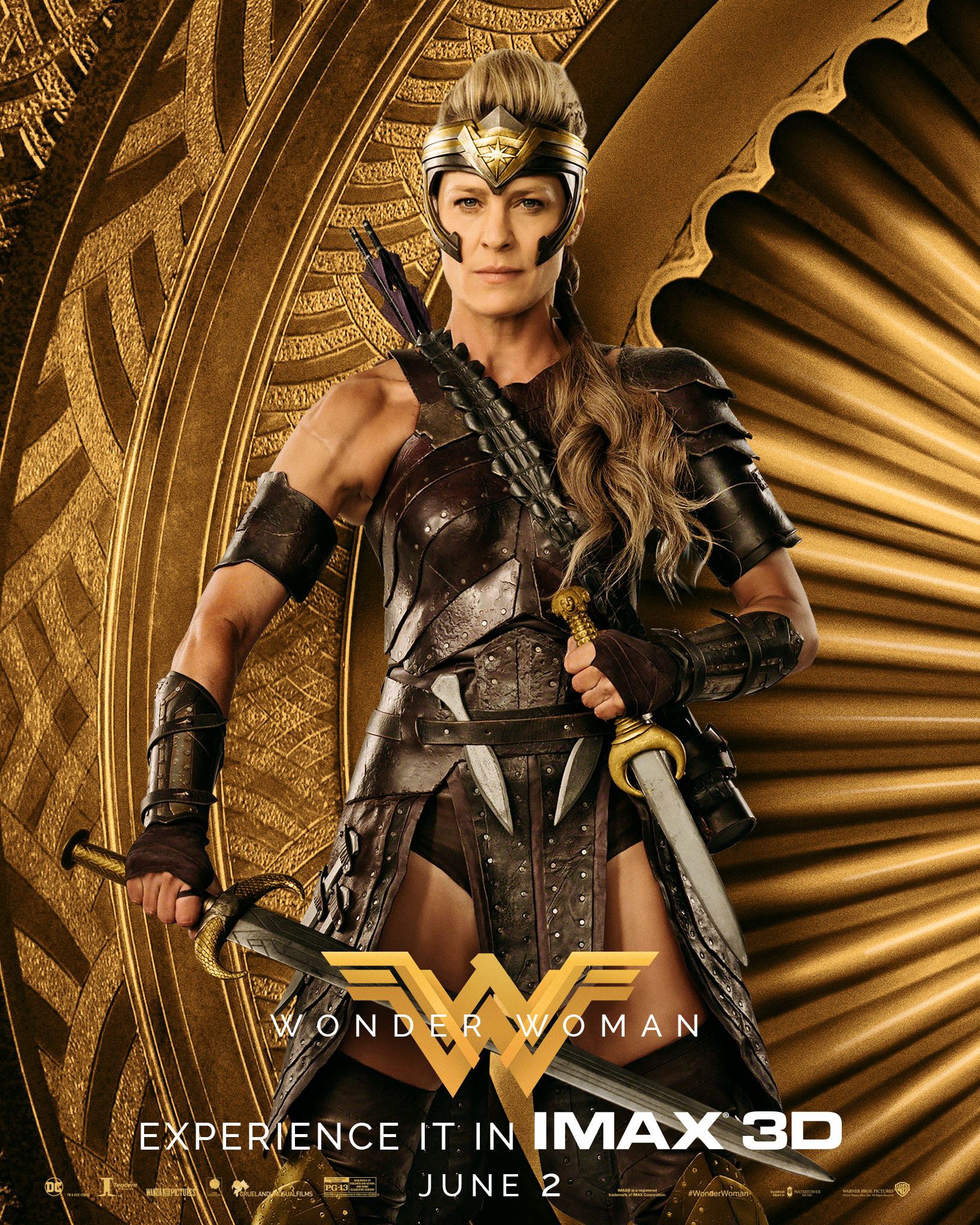 Next, there’s Wonder Woman’s mum, Queen Hippolyta (Connie Nielsen). You’d have to get up very early in the morning to find something more majestic. We’ve got chills, and they’re multiplying. 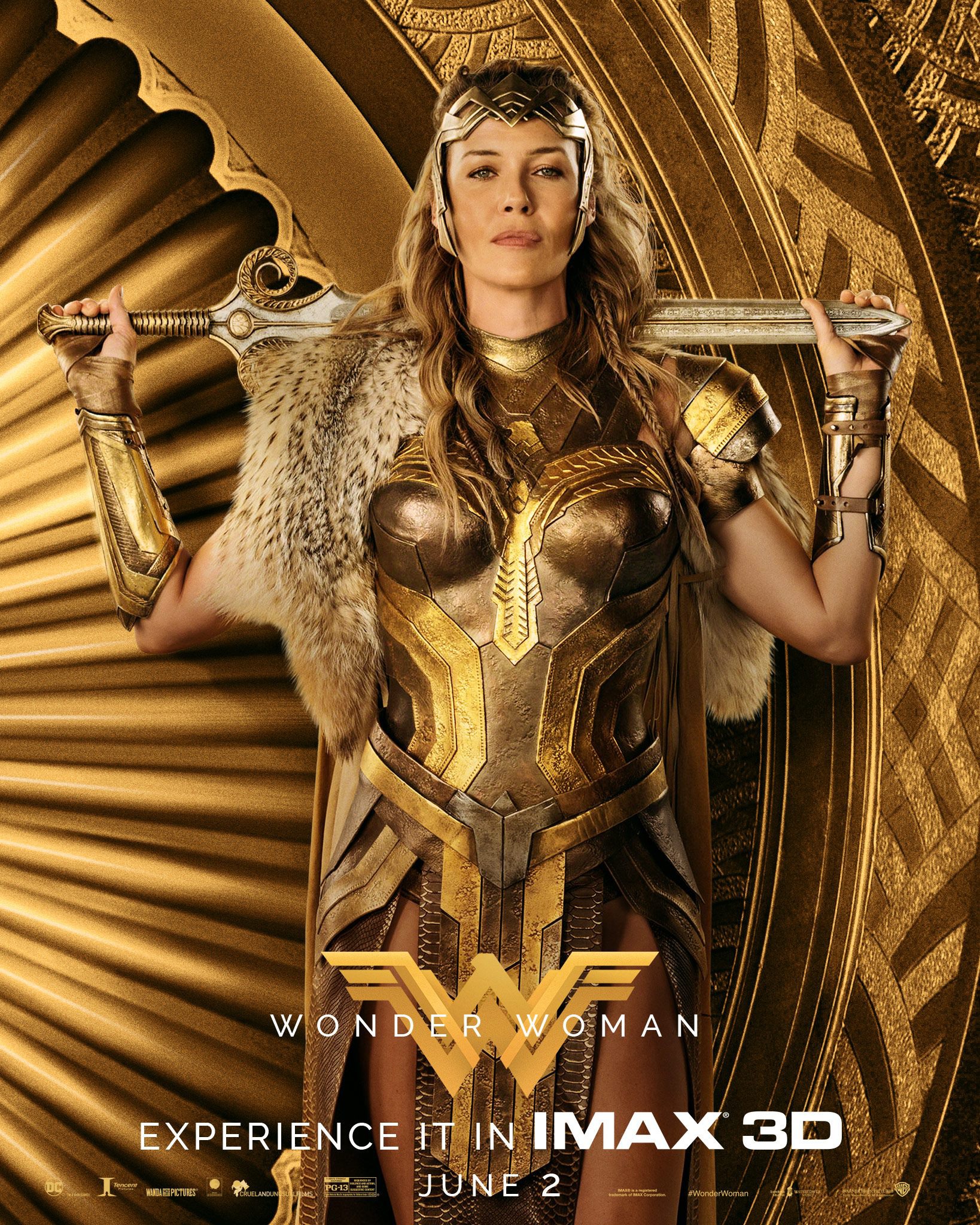 Finally, Wonder Woman (Gal Gadot) herself obviously still has a poster, and obviously it’s breathtaking. The way the red and blue of her supersuit pop on that gold background… Lord have mercy. How can one collection of posters simultaneously channel both Amazonian warriors and classical Hollywood glamour so beautifully? We’re basically crying right now, guys. 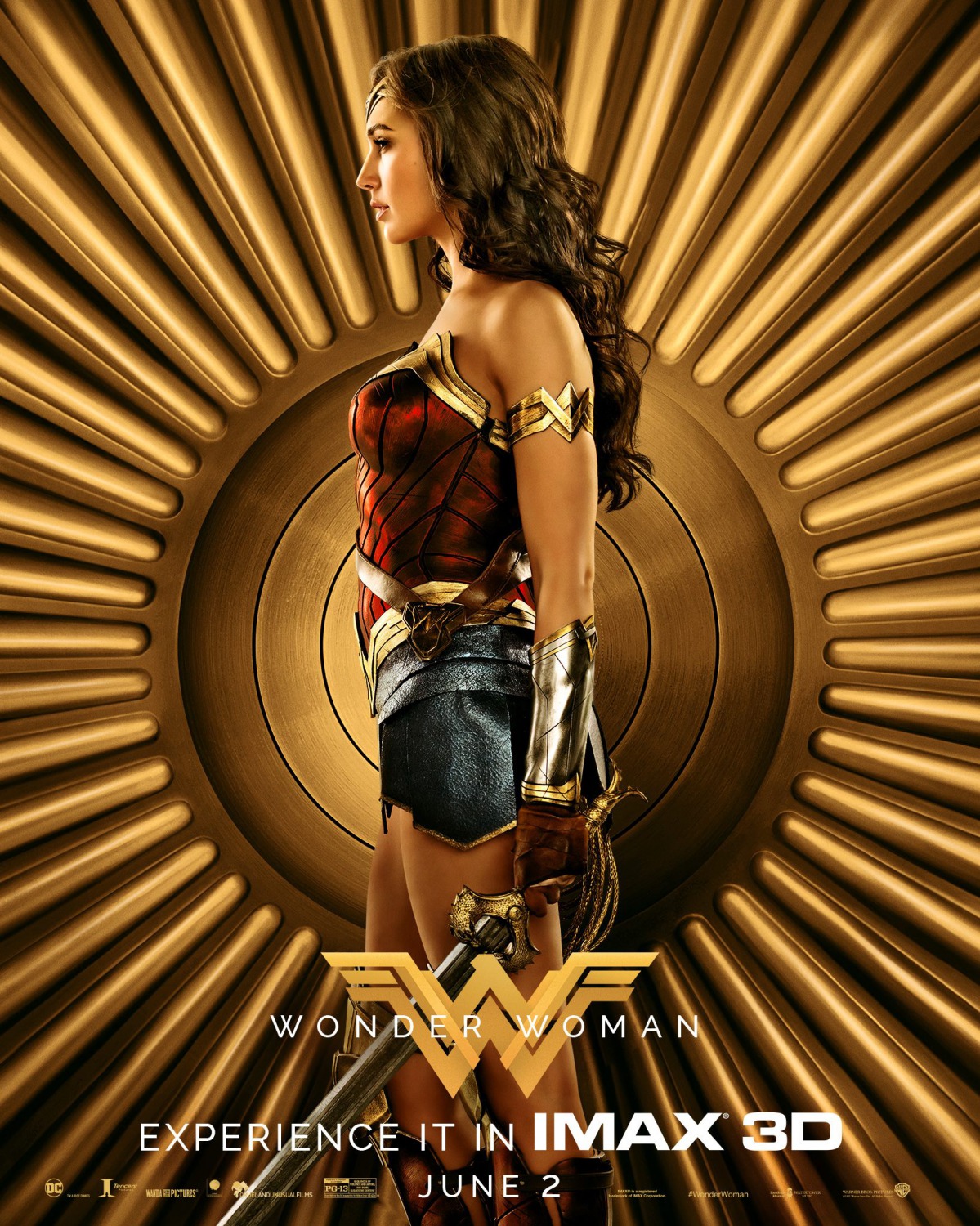 You can read Warner Bros’ official synopsis for the film here:

Wonder Woman is released in cinemas around the world next summer when Gal Gadot returns as the title character in the epic action adventure from director Patty Jenkins.  Before she was Wonder Woman, she was Diana, princess of the Amazons, trained to be an unconquerable warrior.   Raised on a sheltered island paradise, when an American pilot crashes on their shores and tells of a massive conflict raging in the outside world, Diana leaves her home, convinced she can stop the threat.  Fighting alongside man in a war to end all wars, Diana will discover her full powers…and her true destiny.

Wonder Woman is in cinemas from 2 June 2017. Get all the latest superhero movie news with every issue of SciFiNow.