For fans of DC, there’s something exciting about seeing the universe expand the way it is on TV and, by extension, the web, as Arrow has given birth to The Flash, with the success of both series spawning the forthcoming animated web series Vixen.

“We’re going to do basically an animated spinoff,” says Arrow executive producer Marc Guggenheim, speaking exclusively to SciFiNow. “It’s a six-part origin story, but characters from The Flash and Arrow are prominently involved. It’s in the continuity and the world.

“There’s actually a question I’ve been getting on Twitter a lot, which is, ‘Is Oliver going to find out that Felicity kissed Barry?’ That’s actually going to happen in the Vixen cartoon.

“If Arrow is crime and The Flash is science, Vixen has a big magic component.” 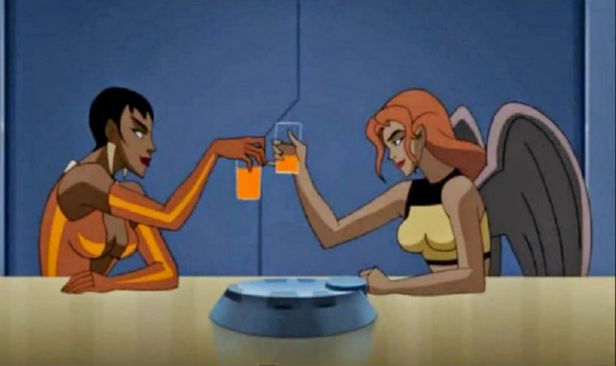 The character of Vixen was created for DC Comic in the Seventies by writer Gerry Conway and artist Bob Oksner.

“I wanted to create a black female superhero for DC,” says Conway, the writer behind many classic comic stories, including the acclaimed Amazing Spider-Man arc ‘The Death Of Gwen Stacy’.

“I felt that was an area that was under-served – obviously there was none. It wasn’t really being served at Marvel, either. They had Storm, but she wasn’t a lead in her own book. I wanted her to be of African descent, not someone who’s stigmatised.

“This is going to sound really bad, because I recognised the struggles that black Americans were going through, but I didn’t want the book to necessarily be about that, because I thought that would be condescending. It would be misrepresentative while being representative, in a weird sort of way. I wanted to be aspirational and empowering without being about the struggle of being accepted.

“I wanted her to be someone who was accepted from the get go,” he continues. “So in my naïve, white male privileged view of things, that’s what was motivating me. I thought it would be kind of cool to play on the African heritage, play on what was going on in Africa at the time, and use that as my way into the character and the story I wanted to tell.”

Of the character appearing in animation, Guggenheim says, “One of the things we can do in animation is really push the envelope in a way that we can’t on the two shows, so there’s a much larger production value. We’re taking advantage of the form. That’s the other reason to do it.”

Although it hasn’t been confirmed at this point, it seems extremely likely that Grant Gustin and Stephen Amell will be providing the voices of Flash and Arrow on the Vixen series.

“The response has been very favourable,” says Guggenheim. “I can’t speak for them, but all signs are good.”

There are also rumblings that if Vixen proves successful, she could make the leap to live action.

“If the character resonates with people, that would be wonderful,” he finishes. “I would love to be in a position where CW said to us, ‘Hey, we want a Vixen live-action show.’ We’ll have to see how things play out.”

Vixen will air online on CW Seed later this year. Find out more about the comics that inspired the series with the 100 All-Time Greatest Comics bookazine!