Partners in magical crime Newt Scamander (Eddie Redmayne) and Tina Goldstein (Katherine Waterston) are back together again for this brand new still from Fantastic Beasts: The Crimes Of Grindelwald, and they seem to have got a lot cooler in the time since we last saw them. The image comes courtesy of Empire, and you can check it out below: 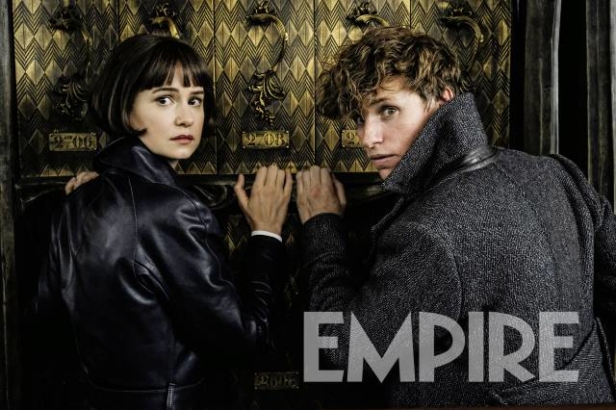 You can read the official synopsis for Fantastic Beasts: The Crimes Of Grindelwald here:

J.K. Rowling wrote the screenplay for the film, which opens in 1927, a few months after Newt helped to unveil and capture the infamous Dark wizard Gellert Grindelwald. However, as he promised he would, Grindelwald has made a dramatic escape and has been gathering more followers to his cause—elevating wizards above all non-magical beings. The only one who might be able to stop him is the wizard he once called his dearest friend, Albus Dumbledore. But Dumbledore will need help from the wizard who had thwarted Grindelwald once before, his former student Newt Scamander. The adventure reunites Newt with Tina, Queenie and Jacob, but his mission will also test their loyalties as they face new perils in an increasingly dangerous and divided wizarding world.

Fantastic Beasts: The Crimes Of Grindelwald is in UK cinemas on 16 November 2018. Get all the latest fantasy news with every issue of SciFiNow.